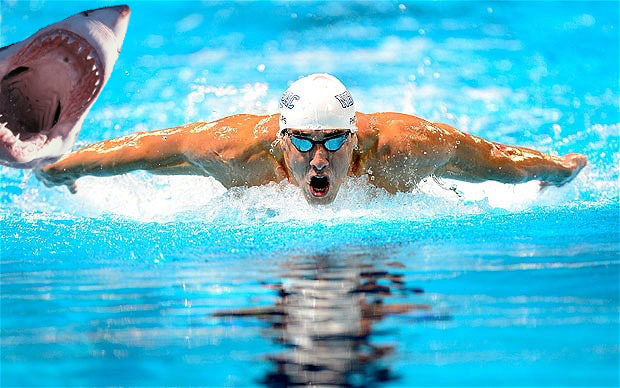 “Phelps vs. Shark” had viewers on the edge of their seat. The promos featured the five-time Olympian taking to the water to put it all on the line against a great white. And then Discovery pulled the rug out from under them.

The Discovery Channel had the race hyped as one for the ages:

Does #TeamPhelps or #TeamShark win the battle for ocean supremacy? Let's find out. Phelps vs. Shark starts NOW on @Discovery. #SharkWeek pic.twitter.com/PwpG2HYOnD

The race would supposedly involve a monstrous Great white shark and Olympic gold medalist, Michael Phelps. Needless to say, fans were psyched to witness Phelps take on (or get eaten by) the Great white:

YALL TODAY IS THE DAY. MICHAEL PHELPS WILL BE RACING A GREAT WHITE SHARK. 8PM. THIS IS GOING TO BE THE MOST INONIC MOMENT IN TV HISTORY.

The one hour Shark Week finale highlighted Phelps’ superhuman swimming abilities and the swim speed of different sharks such as the reef shark and hammerhead. But during the final minutes leading up to the race, everyone realized they were robbed precious time after hearing the obvious:

“Clearly, we can’t put Michael in one lane and a white shark on the far lane. We’re gonna have to do a simulation.”

After Phelps lost to the virtual shark by two seconds, the enraged viewers took their emotions to Twitter:

Live footage of Shark getting ready to wipe the floor with Michael Phelps. #PhelpsVsShark #SharkWeek pic.twitter.com/3HUVRV5Q1B

honestly the shark week michael phelps race is the most disappointing thing to happen in 2017, and we have a carrot as a president….

When Michael Phelps said he was gonna race a shark this is how I pictured it happening #SharkWeek pic.twitter.com/GiEfJssNhL

Me pretending to be ok with Michael Phelps not racing a real shark pic.twitter.com/QnCF98NfBB

Don't say Phelps is racing a shark if you're not going to put him against an actual shark #PhelpsVsShark #SharkWeek pic.twitter.com/qy1mlApUiz