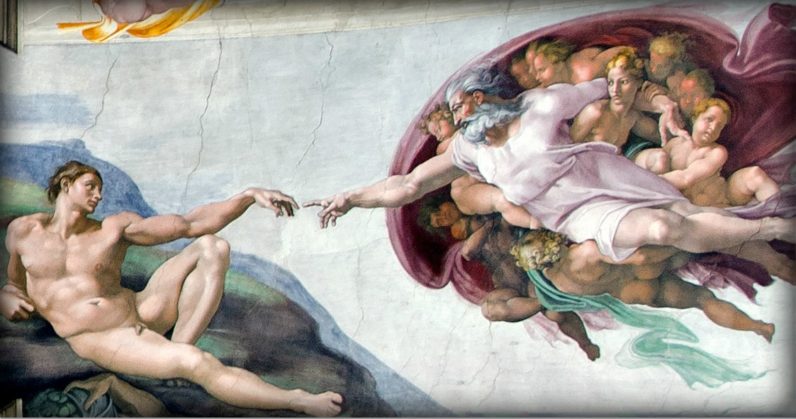 In 2003 Oxford University Professor Nick Bostrom published Are You Living In A Simulation?, an argument stating there’s a high likelihood that we’re all pieces of code created in a computer simulation. Bostrom’s theory isn’t the first to posit that humans live on a hard-drive somewhere on a great cosmic computer, but it did popularize the idea by putting it in a way that appeals to scientists. Physicists are particularly drawn to the theory, and they continue to discuss it nearly 15 years later.

The theory is best broken down and understood using Bostrom’s ‘trilemma’, which is the crux of his assertions:

Or, as Elon Musk put it:

There’s a one in billions chance we’re in base reality, I think it’s one in billions. We should hope that’s true because otherwise if civilization stops advancing, that could be due to some calamitous event that erases civilization, so maybe we should be hopeful this is a simulation. Otherwise, we will create simulations that are indistinguishable from reality or civilization will cease to exist. Those are the two options.

In order for us to live in base reality, either almost every single civilization that would be interested in running a simulation would have to be extinct, or they would have no interest in doing so. Perhaps because of moral or legal concerns — otherwise the logical math dictates there should be far more simulated beings than real humans.

Neil Degrasse-Tyson is all in on simulation theory, at the 2016 Isaac Asimov Memorial Debate he said:

There’s a certain hubris just even in how we think about our relationship to the world…it is easy for me to imagine that everything in our lives is just the creation of some other entity for their entertainment. It is easy for me to think that. So, whatever the likelihood is: zero percent, one percent, 17, 42, no answer, I’m saying the day we learn that it is true I will be the only one in the room saying I’m not surprised.

The experience of mankind can been distilled to a series of questions that have only been addressed by religion, so far. What happens after we’re dead, and who created us? The simulation hypothesis offers a meaningful reference point for those in search of something beyond a theological explanation.

It’s also possible that the idea of God and simulation theory aren’t mutually exclusive. If we acknowledge – even hypothetically – that there is a creator, maybe the how and why of existence are more important questions. Consider Einstein’s observation on religious fervor:

How can cosmic religious feeling be communicated from one person to another, if it can give rise to no definite notion of a God and no theology? In my view, it is the most important function of art and science to awaken this feeling and keep it alive in those who are receptive to it.

Is Einstein proposing that God’s will is for us to ‘like’ and ‘share’ positive things that help enlighten the world? Unless the simulation brings him back to life we’re not going to be able to answer that. Maybe the creators use our happy thoughts to power the simulation. We could even be living in a video game.

A theory like the simulation hypothesis faces its share of detractors and scrutiny, because by its nature the hypothesis falls outside of the usual bounds of science. Theoretical physicist S. James Gates said the following at the 2016 Isaac Asimov Memorial Debate:

I think for non-scientists, an acceptance of the simulation hypothesis as an accurate view of our universe is equivalent, I believe, to the notion of a deity…  it’s that ability of us—our human ability to observe the universe that actually defines science. So, if you can’t give me something that I can observe, I don’t know how to do science.

No one is debating the nature of existence from the perspective of a mollusk, instead we assert that we’re the important ones here. If we aren’t, we’re just as likely to understand the real observers agenda as a clam is to sign up for a Tinder account.

Douglas Adams, author of the five science-fiction novels in The Hitchhiker’s Guide to the Galaxy ‘trilogy,’ posited that one day humanity would create a planet-sized computer to determine the answer to the ultimate question of life, the universe, and everything. The answer was 42. He also said that we’d need another larger computer to figure out the question.

It’s obvious that, whether you believe him or not, Professor Bostrom is asking the right questions — and he’s one of the few people offering any actual answers.

Read next: Electric cars will dominate the roads by 2040 according to new report