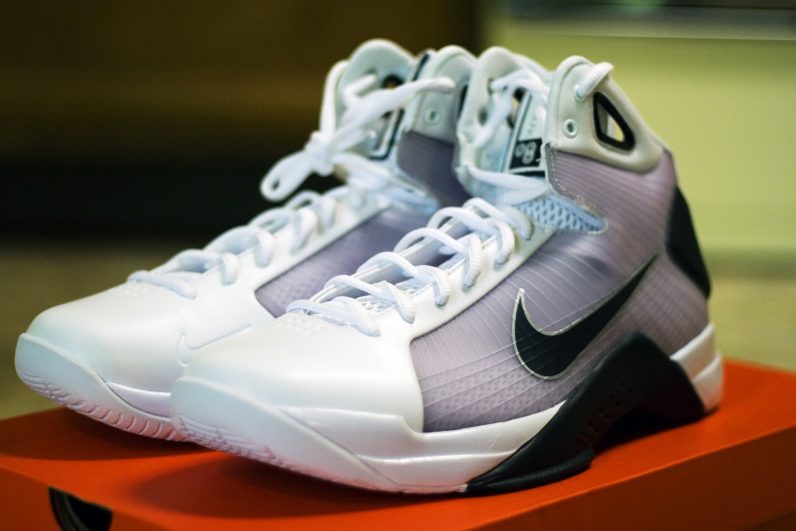 Adidas, Nike, and Reebok would have you believe that purchasing their products will change your life. Is that just marketing convincing us that the shoe-makers are smart, or is there more behind the technology of footwear than hyperbole?

The global athletic footwear industry will rake in an estimated 83.2 billion dollars in 2017. Those earnings are estimated to increase by two-percent yearly until 2024. A never-ending research and development cycle — that constantly touts each new arrival as the ‘latest greatest’ thing in shoes — drives these sales.

The idea that a pair of $300 sneakers can change your life seems a bit preposterous on the surface. Can’t most of us get by with a bargain brand?

Shoe technology might better be examined from a ‘cool factor’ or ‘ease-of-use’ perspective, than by holding it to a results-based standard. There are few things cooler than self-lacing shoes, perhaps the modern pinnacle of shoe-tech.

This probably won’t change anyone’s lives, though it has the potential to have an impact on those you show it off to, and it should; the self-lacing shoes from Nike retail for $720.

Notice the shoe is spring-loaded, with increased vertical explosion, and hinges – sounds like the kind of technology that goes into an ejection seat for a fighter-jet. These shoes cost $165 dollars on the website, which is cheaper than most airline tickets. Nothing on the website says exactly how much it will increase your vertical leap though.

Reebok‘s latest offering provides some benefits that casual consumers may not even know they need:

Reebok is perhaps best known for it’s ‘pump’ sneakers, which feature a built-in bladder system you can inflate for a tighter fit . These shoes constrict around your ankles and feet so you can react to a killer cross-over, or at least be the most responsive pedestrian at the cross-walk.

Adidas‘ research and development teams have been working on shoes being created with a combination of light and oxygen. They call it 4D printing:

The process used for 4D printing is called Digital Light Synthesis and, according to Carbon – the Silicon Valley company partnered with Adidas on the technology – it is a breakthrough process that uses digital light projection, oxygen-permeable optics, and programmable liquid resins to create the products.

They aren’t a performance enhancing substance

Shoes, though, aren’t designed to give one player an edge over another – like some ‘freemium’ game that rewards the players who spend the most money – they are designed to protect us and enhance our natural motions.

We don’t jump higher with the right shoes; we just can’t jump as high with the wrong shoes.

There aren’t any basketball sneakers, or high-end trainers, or self-lacing kicks that will turn you from zero to hero on the track. That’s not what the researchers at Adidas or APL are trying to accomplish.

The researchers instead observe the world’s greatest athletes in an attempt to design technology that enhances what they’re already doing. That work is what drives the gear that the rest of us wear for our daily jog or at pick-up games in city parks.

It might not be mind-blowing, but shoes offer a window into another, perhaps forgotten, world of ever-evolving technology. Today we’re making shoes out of light and air; there’s no way to tell what athletic footwear will look like tomorrow.

Read next: Study shows just glancing at your phone makes you dumber