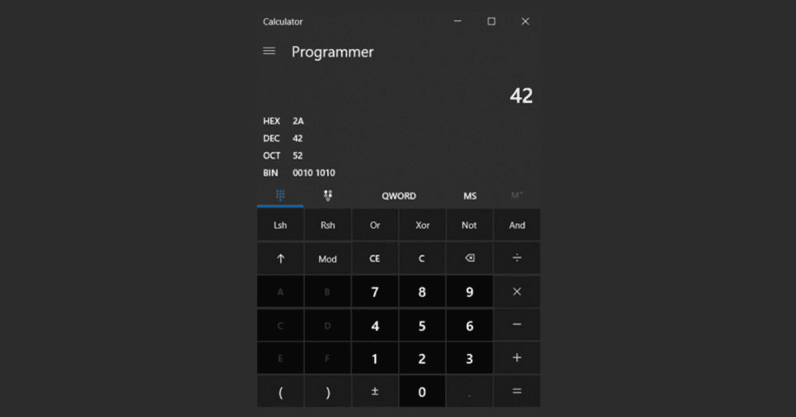 The source code to the iconic Windows Calculator app is now available to view on GitHub, and I’m ridiculously excited.

A bit strange, isn’t it, to be excited to get a poke into the grubby internals of a calculator app? But then again, can you think of a more iconic, instantly-recognizable piece of software? The Windows Calculator has been a part of every version of Windows since Windows 1.0 was released in 1985. It predates pretty much everyone on TNW’s editorial team. If you’ve ever used a computer, you’ve almost certainly used it. It’s iconic.

Microsoft has licensed the Windows Calculator under the MIT License. That’s the same license it used with its other open-source offerings, like .Net Core, Visual Studio Code, and even MS-DOS. According to the company, they’re opening the development process to the wider open source community. Developers can help design new features, and even collaborate with Microsoft engineers in implementing them.

New features? Absolutely. Although the Windows Calculator started life as a quick-and-dirty way to perform simple arithmetic functions, over the years it’s evolved into a proper scientific calculator, taking on features like currency conversion along the way.

That, probably, isn’t the main reason why Microsoft took this step though. It hopes that Windows Calculator can be an accessible introduction to Microsoft development technologies, like XAML and the Universal Windows Platform. Being a hardened cynic, I can’t help but think this is a great PR move for the company. That probably played a part.

A few weeks ago, we wrote about a HackerRank developer survey that highlighted a surprising trend: for most young developers, the first program they created was a simple calculator. And now they get to see first-hand how the most popular calculator of all time works. How terribly exciting.

If you’re so inclined, you can view the source to the Windows Calculator here.

Read next: Fitbit's new Versa Lite is a $160 take on the smartwatch