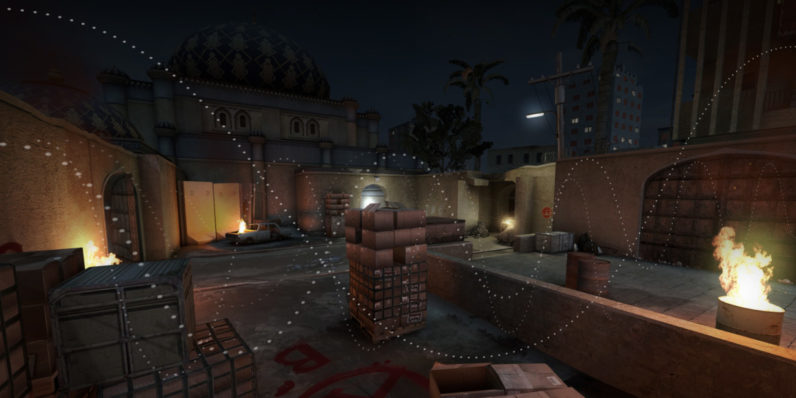 Gaming giant Valve has just released Steam Audio, a free toolkit for developers to add realistic spatial effects for sounds in their games.

In the company’s own words, “Steam Audio adds physics-based sound propagation on top of HRTF-based binaural audio, for increased immersion.”

That means that when you’re in a game environment, you’ll hear sounds as they bounce off surfaces, travel through space, and reverberate as they would in the real world – instead of merely diminishing in volume as your character moves away from the source, or increases as you get closer.

The end result: More natural-sounding audio effects and music for players, and an easy way to incorporate them into builds for developers without much of an additional CPU overhead.

Steam Audio allows for binaural rendering – which affects how you perceive where a sound is emanating from – as well as the ability to simulate the partial obstruction of sound by objects, depending on how much of the sound source is visible to you. It can also simulate the effects of reverberation and reflections based on the space you’re playing in. Plus, it can trigger sounds based on how you move around in a scene automatically – something that usually requires a lot of work to recreate manually.

Valve believes that the SDK will find use not just in games, but also in VR experiences. Steam Audio supports Windows, MacOS, SteamOS, Linux and Android, and works with Unity; integration with Unreal Engine 4, FMOD Studio and WWise are in the works.

Read next: This package will teach you how to make money while traveling the world