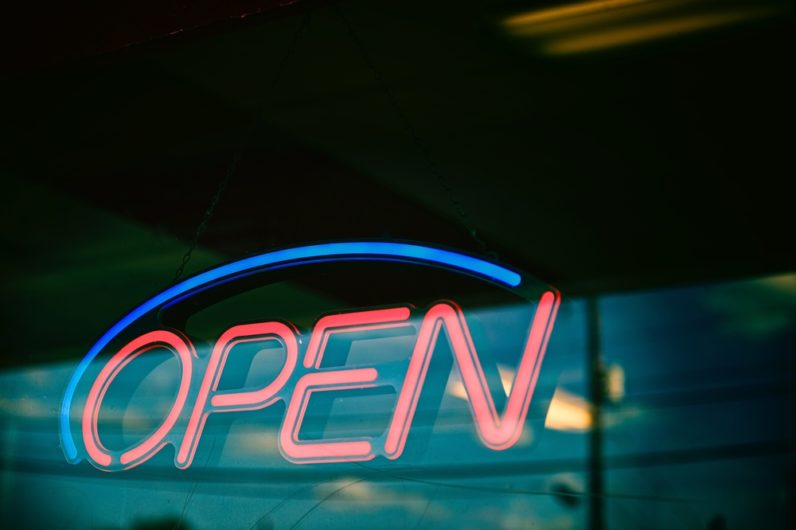 The early 1990’s was the beginning of a new era. The Berlin wall had been knocked down just a few years prior, and the Cold War had come to an end.

But while the world was celebrating freedom, tech company leaders were still hiding in their bunkers, veiled in shrouds of secrecy, and second-guessing each other’s plans. Unlike today, it was a time of 100 percent proprietary solutions, when cross-platform integration between the major tech players like Microsoft, IBM and Apple would have been unthinkable.

The techie cold war did eventually thaw with projects like MIT’s Project Athena and Stallman’s work with Emacs and GPL leading a transformation in the way people worked. Project Athena allowed all the disparate corporate systems to work together through common protocols, ultimately enabling businesses and home users the freedom to mix and match their hardware and software as they pleased.

Today there are certain parallels with the early 90’s tech ecosystem; in this new world of open source, players of all sizes also have to work together to make stuff work.

Competition drives innovation, and pushes businesses forward. But there’s nothing quite so impactful as harnessing the collective genius of the community of developers – and that’s what open source technology enables.

Open source platforms like GitHub catalyze innovation, development, and growth in industries as diverse as healthcare to airline travel. If enterprises ignore these developments, we may as well pull the shutters down and jump back into that early 90’s bunker.

The good news is, there’s growth both in open source revenues and in participation across the board. Black Duck and North Bridge recently ran their tenth annual open source survey. The number of companies participating in open source projects today has risen by 50 percent since 2014; with 66 percent of the survey respondents doing so – and this is expected to rise to 88 percent within the next three years.

It’s not all rosy, though. Only 17 percent say they will monitor the open source code for security vulnerabilities and more than half have “no formal procedure for open source use.”

So here comes the caveat: I don’t advocate that businesses blindly leap into the world of open source. It’s extremely important to understand and educate your teams. The Linux Foundation training courses are an excellent resource to this end, and offer a whole range of introductory programs for companies and individuals to improve their skills and gain a better understanding of the intricacies of OSS licensing, security and operations.

Thankfully, I see a future where great designers, startups, and individual visionaries work together in order to benefit the whole world – and there are some incredible open source projects that should be highlighted.

Free Code Camp, for example, is a project that not only educates new coders, but benefits non-profit organizations too. Once the new developer has completed 1,200 hours of coding challenges, he or she can start working for valuable causes.

Consortium is another educational open source initiative – a Linux Foundation Collaborative project, set up to develop R-Hub, a code-hosting platform. It gives everyone the opportunity to learn R – a programming language most often used by those working in big data.

Beyond the educational, there are many other projects out there that directly benefit companies themselves. Adobe is a keen advocate of the open source community, and its Brackets platform is a text editor made for web designers and front end developers.

Rocket.Chat is another that boasts more than 200 contributors and provides a multi-platform chat solution which includes group messages, video, conferencing and helpdesk features for businesses. The fact that it’s open source allows companies to build on the work of others and to create well rounded and valuable chat platforms of their own.

These projects, and many other similar ideas, are collectively pushing towards a future in which diverse companies work together in order to benefit everyone.


The best thing about open source code is that it’s not revolutionary, it’s evolutionary; weak code gathers dust and dies off, while strong code survives, thrives, and is built upon. New ideas surface and spark different projects and innovation. And through bug fixes and reports on Github, it’s almost like watching DNA mutate in real time. The upshot is, these constant improvements produce extremely robust and versatile code.

IBM, Intel, Facebook, Apple, Google, and many others are on board, because they recognize a triad of benefits for the businesses, their developers, and their consumers.

For enterprises embracing open source, there’s interoperability, speed and modularity. Developers can plug in code, mix and match algorithms, and even have an open section of an otherwise proprietary platform. Time is money, and there’s no doubt that tried and tested open source code saves on that – and helps to dramatically reduce time to market.

Cost savings are passed on to consumers too. There’s also more choice and versatility, greater support and the opportunity to actively collaborate and make a difference to the project and wider OSS community.

And for developers, it’s extremely rewarding. There’s something gratifying about contributing unique code to your community, and seeing what you produced grow, be improved upon and get reused in a million different ways. When companies allow their development teams to focus on the technical outcomes, rather than the business ones, we see real passion – and that’s what this encourages.

Why organizations need to collaborate to succeed

I believe that a shift in corporate consciousness allows larger enterprises to think of startups not as separate entities or competitors, but rather as potential collaborators and potential partners.

Here at Microsoft one key defining moment came when we connected with Mesosphere in 2015. The company is a cloud-based startup that builds application execution environments that makes it easier to build apps and run code on thousands of machines, span company and cloud data centers, and scale their products.

We were so excited about what the company was doing that of course we wanted to work with them directly. Together, for example, we created a new container service for Azure that allows developers to build and deploy apps within containers.

This kind of partnering of leads to new opportunities to collaborate. Microsoft had been working with General Electric on some small projects, when the huge enterprise began to think about what its future architecture might look like. We identified companies like Pivotal and Mesosphere as ideal running mates and together we began working on a new open source infrastructure for GE. GE is building its services on a broad collection of open source frameworks developed by these companies and others.

This was an important change of direction – and now, not only are we working with external teams, but also we’re creating open-source infrastructures for enterprise clients.

Businesses are now operating at a time where collaboration has become the true secret to success, whatever field they specialize in. It’s now absolutely key to have your finger on the pulse and listen to and learn from those who were doing great things, and equally important to reciprocate in turn, and help others push forward with your expertise.

This collaborative mindset is driving technology forward at an unprecedented rate. It’s a new comprehensive strategy that will bring the best of both worlds – competition and collaboration – together.

There’s no going back. We’re moving fast towards a great future. Our world is opening up, we will build more bridges, more partnerships, and an open development community that will benefit startups, businesses, and techies everywhere.

Read next: Master all things Amazon Web Services and earn the certification to prove it for just $39