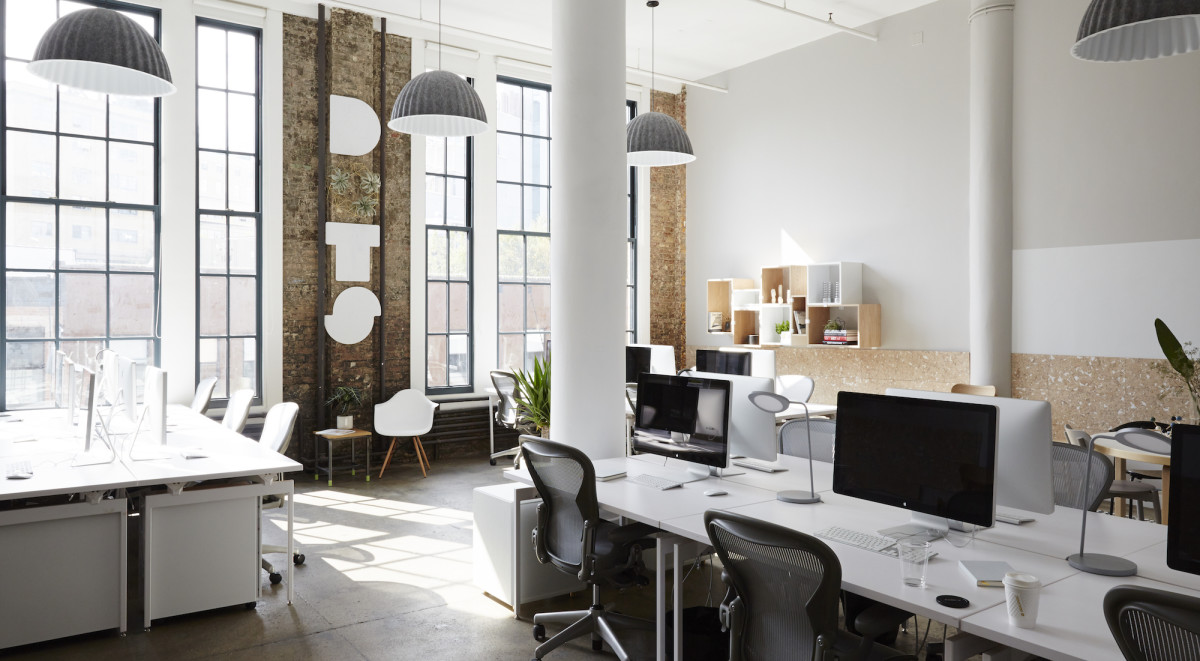 Since the company’s birth just a little over two years ago, Playdots has grown from two employees to 29. Its roster is full of designers and developers from around the world – something Murphy says sets it apart from other gaming startups.

“Being in New York City is incredibly important to our identity,” Margaret Robertson, Playdots’ Game Director, tells me. “To a lot of people, games are fantasy – they don’t have a lot in common with your life.

“What we’ve realized is games don’t exist without you. To create games that resonate with your players, you need to be with them and design the games to fit in with their lives and their interests.”

Based in the Betaworks office in NYC’s Meatpacking District, the Dots team is steps away from the High Line elevated park, the Standard Hotel, and Chelsea Market, to name a few.

This influence is clearly reflected in ‘Two Dots” artistic style. Clean, modern lines represent NYC’s futuristic attitude, while the story of travel and adventure echoes those of many young hopefuls who move to the big city.

“You have to be really good to survive here,” says Robertson, who originally moved to NYC from the United Kingdom. “Even the caliber of students coming out of college here in New York is great for recruiting like-minded people whose interests intersect. You can’t get this combination of density and talent anywhere else.”

Playdots’ in-house Data Scientist Tony He agrees: “One difference I’ve seen in gaming in New York is that it’s more about design and is art-driven.

“We have a lot of media and fashion that influence the people who work here, whereas in San Francisco, it’s more tech-driven.”

Beyond the Big Apple

Playdots’ Head of Product Jon Lai, who joined the company in March from Riot Games (‘League of Legends’) in Los Angeles, says New York has both a “work hard, play hard” mentality and proximity to great pools of internationally diverse talent.

Following its recent funding from Tencent, Playdots is working hard to expand its games to China. Some of the challenges include adding different types of gameplay that suit the market.

“The way games are sold is very different in China,” Lai says. Freemium games, where you can buy extra lives or power-ups, don’t do well in China. “It’s very unnatural for gamers there to spend money in-game.”

“In most companies, the way you come up with games is to think about the game play and monetization strategy,” Murphy says. At Dots, he prefers to let the team get creative with the concept without qualitative scrutiny before looking into how the title could potentially make money.

“To us, it’s more important that the game resonate with our audience,” Playdots’ Head of Marketing Christian Calderon says. While some companies fire people for mistakes, he says the learning process is crucial for Dots, like it is for any startup.

“‘Two Dots’ came with its own set of mistakes: when we launched, we launched in one codebase; the supply crate economy was a little unbalanced,” Calderon says. “But the decisions we make going forward from this help us become better.”

After two hits under its belt, the pressure of putting out the third installment is weighing upon the Dots team – but the designers are also excited to face that challenge.

“This is off the record, okay?” Robertson tells me, then hands over her iPhone with a prototype of the next potential game.

If ‘Two Dots’ is any indication of how good New York has been to the company, expect to go on another beautiful adventure with the Dots team in the very near future.

Read next: KwiltKeys photo keyboard for iOS will help you find and share your images