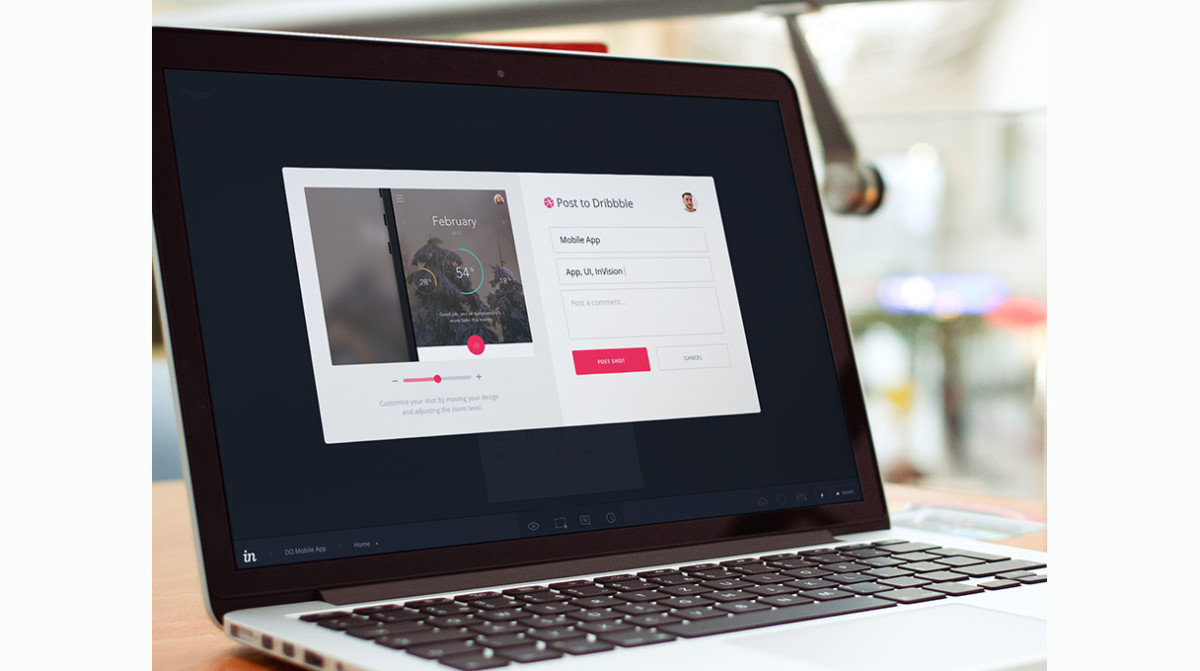 Designers are people too, and they often seek knowledgeable feedback from their peers for creative concepts and projects.

That’s the idea behind a new integration between InVision, the design collaboration platform and Dribbble, the design community. The collaboration now offers some 900,000 InVision users one-click sharing and feedback from Dribbble’s 800,000-strong designer social network.

“As active users of Dribbble, InVision knows firsthand the value that comes from connecting with the Dribbble community at every stage of the creative process,” Clark Valberg, InVision CEO told TNW. “Many of our users already rely on Dribbble for sharing their creative work and receiving feedback from their peers. Dribbble has become an integral part of the feedback process both for our users and for our own design team.”

This arrangement allows InVision users full access to Dribbble’s network of designers for anything from getting eyeballs on their work and instant feedback to connecting with peers for critiques on web design, graphic design, illustration, icon creation, typography, logo design, and more.

The companies see InVision teams conceptualizing designs and then sharing ideas with Dribbble’s community in a friendly workflow. Designers just share small screenshots (shots) of their work, process and projects.

But it’s not all one-sided. Dribbble members also benefit from the collaboration. Said Dan Cederholm, co-founder of Dribbble, “For those that use both InVision and Dribbble, there’s now an elegant way to share concepts from one stage of the evolution to the other. Simplifying the flow between refining designs with your team and sharing that design immediately to the global Dribbble community is going to mean more visibility for the work with minimal effort.”

InVision already has high-profile integrations with software such as Sketch and Adobe Photoshop — however this is its first hook into a complete design community. By directly integrating Dribbble sharing within InVision, designers can gather feedback earlier in the process.

InVision’s integration with Dribbble is a first step in the companies’ plans for further partnership. As part of that, all Dribbble Pro users will be upgraded to an InVision Pro account. The two companies have also partnered to provide an ongoing set of design-oriented meetups in cities around the globe.