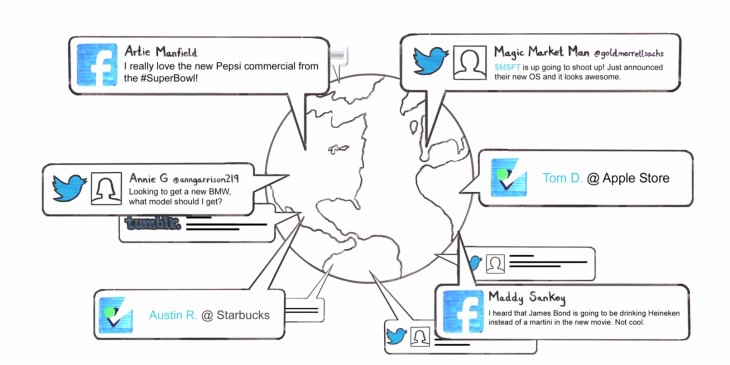 Firehose data was previously made available to third-party apps via three authorized resellers – Gnip (which it acquired a year ago), Datasift and NTT Data. In a post on the Gnip blog yesterday, Twitter announced that it would be transitioning all data customers to a direct relationship with the company from August this year.

Twitter says companies that buy firehose access will see no difference in service, except for the fact they’ll be paying Twitter directly. However, that’s not strictly true, as a blog post from Datasift founder and CEO Nick Halstead notes today.

Halstead says that after months of negotiations, he now believes a renewal of Datasift’s deal with Twitter is not likely. He calls the news “an extremely disappointing result to us and the ecosystem of companies we have helped to build solutions around Twitter data.”

‘Damage to the ecosystem’

Datasift has offered resold firehose access since September 2010, and now offers a service that includes data from more than 20 social and news services, to what it says is a customer base of more than 1,000 companies. Halstead adds in his post, “the disruption is not only measured by the impact on our 1,000 direct customers, but on the tens of thousands of companies that use applications that are ‘DataSift-powered.’ Many of these companies create insights that drive direct advertising revenue back into Twitter.”

Halstead goes on to note a number of services Datasift offers that Twitter’s Gnip does not, including sentiment and demographic analysis and being able to capture tweets related to a specific industry with a single query.

Speaking to The Next Web today, Halstead said that Twitter’s announcement would not do any damage to Datasift, as it will still offer data access to other services, including a recently announced deal with Facebook. However, he said that Twitter itself may be damaged by the move, via an impact on advertising revenue. Advertisers rely on brand analytics, often powered by Datasift’s unique technologies, to determine their advertising spend, he explained.

Datasift has had a long relationship with Twitter, starting with Halstead’s previous product Tweetmeme, which invented the retweet button for websites. That button was replaced by Twitter’s own Tweet button when Datasift launched.

Twitter’s move follows its previous efforts to restrict development of third-party client apps, and most recently its high-profile limiting of Periscope rival Meerkat’s access to its social graph. Meanwhile, earlier this year, LinkedIn reined in control of its own API. However, Halstead believes that social media companies will continue to offer their data to third-parties. He believes that Datasift partnership with Facebook is an example of how data can be shared via an aggregated model that respects users’ privacy. He believes that others will follow this approach in the future.

“After acquiring Gnip in May of 2014, we decided to bring all data licensing activity in-house in order to better serve our customers and partners. We started this process nearly a year ago and are concluding this process in August in order to allow for a smooth transition. We’re providing additional resources to support customers in making that transition.”

Read next: The rise of community media - and why social networks don't work