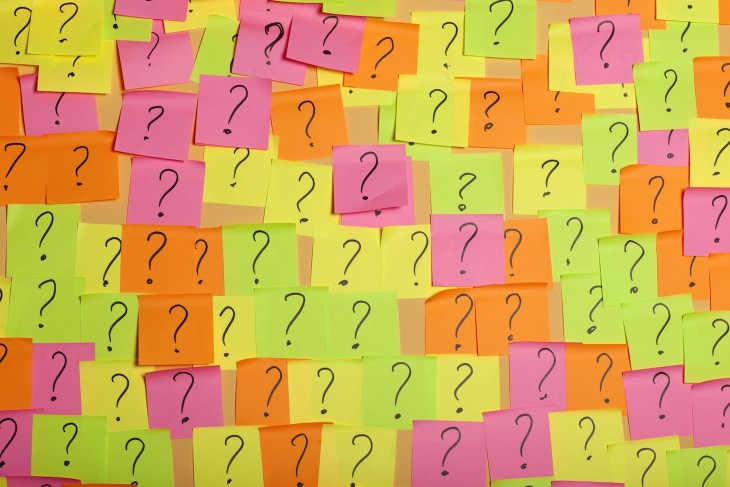 Kuty Shalev is the Founder of Clevertech, a New York City-based firm that designs, develops and deploys strategic software for startups.

No app in recent memory has been as widely parodied or cloned as Yo. It’s clean, easy to use and ridiculously simple.

The app only took eight hours to develop, and when it first launched, it had one singular function: to send “Yo” to the user’s friends. The app recently added features and secured another $1.5 million in seed funding, putting its valuation at $10 million.

Yo’s creators had the right idea when they launched the bare-bones app. According to a survey of more than 7,000 consumers, what makes consumers “sticky” is simplicity. If you’ve got a great idea for a product, you should set your sights on creating a prototype in 90 days to test your idea, gather feedback and get to market quickly.

90 days forces you to focus

One advantage to building a prototype in 90 days is that it forces you to narrow your focus. “Simple designs are easier to understand, cheaper to make, less likely to fail and easier to fix than complicated designs,” says Mark Dwight, founder of Rickshaw Bagworks.

When you have a great idea, it’s tempting to let your mind run wild with all the features you could add. But until you have a solid user base that wants those features, they aren’t necessary. In fact, they’ll only muddy your product.

You may look at what your competitors are doing to help make your product stand out, and before you know it, you’re so focused on providing the most features that you’re no longer able to provide the best solution. The problem only gets worse when investors enter the picture and offer their input.

A 90-day deadline can act as a litmus test for your idea: If you can’t build and test a minimum viable product within 90 days, your idea is too big and unwieldy.

Building and testing an MVP in 90 days doesn’t mean you should rush your product to market before it’s ready. But at the rapid pace of innovation, speed is crucial to your product’s success. According to business consultant David Roth, the business world prefers agility and speed. If your first release is perfect, you’re probably too late.

Take the recent flop of the Amazon Fire Phone. Rumor has it that Amazon began looking to develop a smartphone back in 2010 and showed a prototype to AT&T in 2011. Three years is a long time to bring a device to market, and the delay is evident in the phone’s lackluster specs.

As Kristian Carter astutely pointed out, Amazon’s smartphone was launched into a world “vastly different from the one it was conceived in.”

Based on the law of diminishing returns, each new product feature is only marginally useful. Your developer gets overwhelmed. Your app becomes buggy. Your product takes forever to launch because you’re trying to make it perfect. When you do launch, nobody wants it because it’s either too complex or your competitors have beat you to market with something better.

A quickly produced MVP also reduces risk because it keeps you from pouring time and money into an idea that isn’t going to work. Passion is the driving force behind every great product, but it can also be entrepreneurs’ biggest blind spot.

According to one study, passion and optimism can make entrepreneurs go overboard and spend too much time and money on product development. By building and testing your product within 90 days, you mitigate the risk of letting your passion for the project overpower your good sense.

How to go from idea to prototype in 90 days

It’s not easy to build and test a product within 90 days, but it is possible.

Hire rock stars. Of course, you want people who are bright, intelligent and motivated, but they also need to know how to prioritize their work, plan their tasks and manage a crazy schedule.

Break down your goals. If you want to build an MVP in the first 30 days, break up that goal into smaller tasks. Create a schedule and stick to it.

Always reuse code. Use GitHub and npm to search for what you need. npm social-login will give you a ton of packages you can install to get social APIs working without rewriting anything.

Have daily stand ups. Hold daily stand-up meetings to share what you accomplished the day before, what you’re going to do today, and what obstacles you’re facing. Limit stand-ups to 15 minutes to force team members to be direct and concise.

Hold weekly progress meetings. Every week, step back and take a look at what’s been done and what still needs to be accomplished. Track your progress with the schedule you made.

Use the first 30 days to build your MVP and use the rest of the time for beta testing, gathering feedback and redesigning it two — or even three — times.

The first product may not have the cleanest design, and the second may be missing something. That’s OK. The point is to create something small and go back to the drawing board.

Ninety days is plenty of time to gauge a product’s potential for success. Are your beta testers clamoring for more? Have your co-founder’s kids already downloaded the app? If it looks as though the product will be successful, having a working product means you can make it profitable faster.

On the other hand, if you decide your idea isn’t viable after 90 days, you can abandon the project and move on to your next big idea.

If you fail three times in 90 days, it doesn’t mean you should stop. Think of Thomas Edison’s quest for the light bulb. You’ve just found 10 thousand ways that something won’t work. But if each time you’re learning and making progress, you’re actually on the right path. The goal of the MVP is to place just enough pressure on yourself so you keep moving.

There’s no formula to success, but sticking to the 90-day plan will help you create a simple yet workable product. Either fail and get out quickly, or get your product to market as fast as possible.

Read next: Google Ventures’ 6-step design process: How we revamped our entire product in less than a week