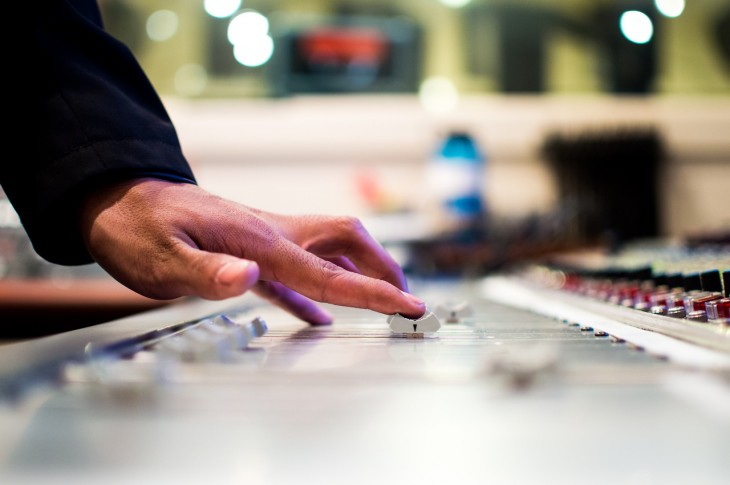 If Capsule.fm has its way, Siri and Samantha will be replaced by Miranda.

The first two AI assistants are ubiquitous to Apple users and audiences of the film “Her.” But Capsule.fm co-founder Danielle Reid hopes that Miranda and her co-star, Carl, will pivot the streaming music space.

Earlier this year, the German startup launched its new iOS app, The Early Edition (an Android app is in the works). The Early Edition offers more than music suggestions: it creates unique audio narratives from users’ online content. These users listen to headlines from their favorite news sources, their latest email messages, trending topics on Facebook and Twitter and local weather updates – all in between curated music.

Miranda and Carl act as the app’s “hosts” to transition users from news updates to curated songs from several of their libraries.

“The Early Edition by Capsule.fm is built for a passive morning experience,” Reid tells The Next Web. “We pick a broad spectrum of great sources, which listeners can fine-tune. They can also add their own music playlists from WiMP and iTunes and hear their SoundCloud stream. We also feature selected artists using Capsule.fm to broadcast their music.

“We’re building for a fully interactive audio experience, where your mood and context will define the content. While we will still curate sources to make sure that they are high quality, we also let you select and deselect individual sources, such as The New York Times in news content.”

One might expect the US to be The Early Edition’s top market. In fact, the app’s highest penetration lies in Norway, and users can consume content both in English and Norwegian.

Co-founders Espen Systad and Tor Langballe hail from the small Scandinavian monarchy. Reid cites their knowledge of Norway’s music market as the reason why it’s an ideal “…sandbox to experiment and play with different content, before we decide to include it in the English version.”

Music in the midnight sun

Far from the hills of Silicon Valley, Norway doesn’t often jump to mind as a global startup giant. But in terms of music streaming, it’s not called a pioneer for nothing.

Together with Sweden, Denmark, and Finland, Norway averaged 73.6 percent of overall subscription streaming revenues in 2012. This placed them well ahead of the UK (27 percent), France (12 percent), Germany (8 percent), and the US (also 8 percent).

Full-year figures for 2013 showed that the Norwegian music market grew 11 percent last year, with streaming a strong 65.3 percent share of the country’s total recorded music market. That puts Norway only behind Sweden in global leadership of subscription service revenues.

Who is buying these subscription music services? One of the world’s most well-off groups of citizens. 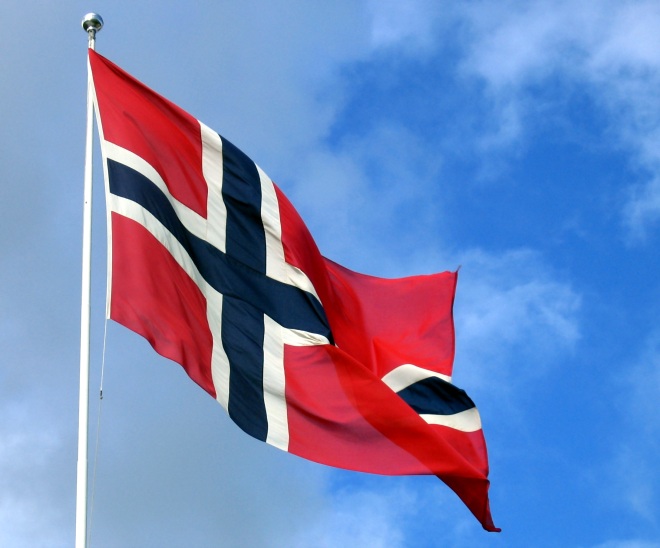 Norway is one of the few countries that can claim a 100 percent literacy rate. All of this makes them an ideal audience for subscription services – but comparisons to Sweden remain inevitable.

“Sweden and Norway share many characteristics with the rest of the Nordics,” explains Arnt Maaso, associate professor in the Department of Media and Communications at the University of Oslo. “But Sweden has higher self confidence and better track records in tech innovation and startups.

“Norway is a more individualistic culture in many ways, which I think fosters small, interesting niches and acts in music, but may work against Norway becoming the tremendous hit factory and music exporter that Sweden has become in the last few decades.”

“The Norwegian startup scene, looking at it from a music industry perspective, is in its infancy,” explains Ervin Draganovic, product director at WiMP. “In fact, I would go so far as to say that when compared with the other Scandinavian startup hubs, like Stockholm, Copenhagen and Helsinki, the Norwegian startup wave is significantly smaller, but growing.”

Draganovic says there’s no magic bullet for why Norwegians lead demand for music streaming services. But alongside citizens’ relative wealth, he cites high bandwidth speeds and coverage throughout the country as a strong factor in both creation and consumption.

A look at bandwidth troubles faced by London’s Tech City confirms how essential this infrastructure is.

“[High bandwidth] not only supports large content consumption through desktops centric devices, but also empowers consumers to consume content on the go through mobile devices by utilising 3G/4G connections,” Draganovic explains. “On the other hand, digital purchase and downloads of music content never became very popular, which meant that the entrance of music streaming services weren’t cannibalized by a substitutional product.

“Moreover, in the period from 2008-2010, there [was] a lot of anti-piracy coverage in the media, and laws were introduced which have pushed people away from illegal downloading.”

Smartphones outpaced desktops in 2012 as the main source of music streaming in Norway. And unlike other countries where a digital divide hinders the elderly, Norwegians tend to be tech savvy at any age.

“For example, my 68-year-old mother streams music at home, in her hybrid car and at the cottage in the mountains using 4G, all while Snapchatting with her grandchildren,” says Espen Systad, co-founder of Capsule.fm. “The Nordic startups try to satisfy and surprise a very tech-curious and media-savvy population – and they have to be creative in order to do that.”

Like The Early Edition and WiMP, Deezer is a music streaming service that thrives on subscriptions. The Paris-born startup is available in 182 countries, including Norway (Deezer’s Nordic team was unavailable for comment).

But in the tradition of WiMP, Deezer uses content curators that are local to each market and has avoided the US market until recently. Julie Harari-West, Deezer’s global head of PR, told me that Deezer’s expansion goals excluded the US in its early years because “the market is not mature enough.”

It remains to be seen whether music streaming trends in more robust markets are too insular for wider adoption. Narcissism has been on the rise for years in the US, both through social media and popular music. These mediums collided with Spotify’s Facebook integration in 2011, which allows users’ playlists to feature in their friends’ social media feeds.

CEO Daniel Ek has cited Spotify’s social sharing service as essential to their growth. But Masso thinks this focus on sharing also contributed to content fatigue.

“In one sense, Facebook obviously was important because it was so socially pervasive and contributed to people seeing others stream music, and becoming aware of Spotify through the network effects of social media,” Masso argues. “But I think it contributed to oversharing, and many people being annoyed with both having sharing as a default and seeing to much of other users’ music.

Moving forward, music startups are focused on both context and content. Spotify acquired US startup The Echo Nest earlier this year, with Ek citing their next goal as “…understanding the context in which people listen to music” (Spotify was unavailable for comment, and The Echo Nest declined to comment).

Tyler Goldman was hired as Deezer’s US CEO earlier this year, with Harari-West confirming to The Next Web, “…it’s no secret that we’ve been exploring opportunities in America. Watch this space.”

WiMP is more focused on offering audio mixed with print and video content within each country than expanding globally. And having topped App Store charts in the paid news app category – including both the US and Norway – Reid says of The Early Edition, “Our sights are set on becoming the go-to audio companion that our listeners use daily, challenging old-fashion radio as the number one source for audio entertainment.”

As recently as 2012, Norway’s status as a global startup player looked average at best. An EU report published that year showed that the country was achieving only “moderate” levels of innovation and declining in investment innovation.

But the two years since that report have seen strong gains in revenue from music streaming subscription services. Mesh, Oslo’s first bespoke hub for entrepreneurs, is trying to bring the all-consuming startup mindset to a working world where most clock out at 4 p.m.

Athough it’s an uphill battle, there is a growing push to bring more venture funds to Norway beyond the oil and gas industry.

Perhaps most crucially, there is strong demand for further innovation in the music streaming space. Norwegian Dag Kittlaus is the man who introduced Siri to the world; what might emerge next is anyone’s best guess.

“Perhaps hybrids, where you get a huge local, default library on a chip, for instance with the purchase of a phone, and then can stream newly released music on top of this,” Masso hypothesizes. “But, as the Danish physicist Niels Bohr famously said: ‘Prediction is very difficult, especially about the future’.”

Read next: Why we crave human-curated playlists