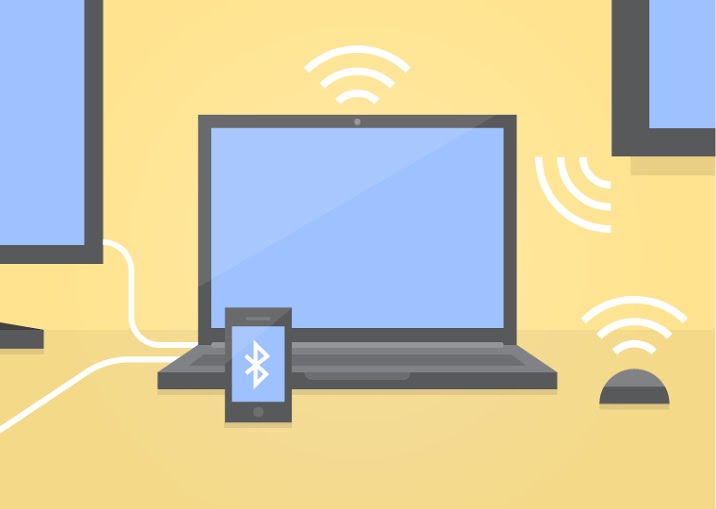 Wojtek Borowicz is a community evangelist at Estimote, freelance writer and a strong believer in the Internet of Things.

New projects, big funding rounds, the general hype and excitement are everywhere. And yet, we don’t really get the whole thing right. The general media seem more concerned with new smart thermostats design than how the concept of IoT is changing our lives. It’s time to approach this massive subject properly and start avoiding common misconceptions.

It’s not about things

The problem with Internet of Things is that everyone seems concerned only about the Things, maybe because the name, which kind of implies that. Every time a new connected light bulb or smart sensor hit the shelves, it’s hailed as another harbinger of the near future, where every single device is a digital entity as well as a physical one.

In the meantime, news like the one about BT, IBM and ARM joining forces with 40 other companies to build HyperCat, a Web platform for unified processing of IoT-generated data (a huge thing if it reaches widespread adoption) or Intel and Samsung creating an IoT consortium go under the radar for most people. And that’s just completely missing the point.

Just as the mainstream inception of electricity wasn’t about the light bulb, toaster or radio, the next step in the evolution of technology isn’t about Lockitron or Wink. Just think about it – it’s not any single, particular device that played the role of the ‘killer app’ for bringing electric current into households and businesses. It was the electricity itself.

It’s the unified framework with a set of open APIs that made it possible for hackers and tinkerers of 19th and early 20th century to completely change the world. Virtually anyone with the right set of tools and enough knowledge about technology could put together something to be easily and almost instantaneously connected to the network.

Therefore, it’s not the Things that are the point here – it’s the Internet.

Gotta admit though, the metaphor isn’t perfect, as the case is a bit more complicated here (of course I took the liberty of simplifying history of industrial electricity for the sake of this short post as well, but the Web is even more complex). That’s because by saying Internet, I’m actually referring to much more than just infrastructure that allows to send and receive all those bits and bytes.

There are two additional elements that are absolutely fundamental to the very concept of IoT. One of them is data, generated by billions of devices around the world, finally providing digital world with enough real world context. It’s best explained with Stacey Higginbotham’s words:

This can be cool. It can be creepy. And it can be convenient. But as is always the case when we encounter technological shifts, the internet of things is really a tool. And like a hammer is used to expand the amount of force generated over a small area (allow you to hit something really hard), the internet of things is a tool is for cheaply delivering and gathering information.

The second core component of Internet of Things is access. Open APIs or, coming back to the grid metaphor, electric sockets. All this ‘cool, creepy and convenient’ data becomes really valuable only when it can be put to use by developers across the world and businesses who can make it truly relevant.

New services hooked up to huge streams of data mined out of all the connected devices will provide the Internet with an unprecedented level of context.

APIs also paved way for creating a network for machine-to-machine communication – an extremely important part of IoT that underlies the user-facing side. Computers are already interacting with each other on many levels (think stock markets, with some systems releasing financial data and others crunching numbers to make investment decisions), but as Internet of Things grows bigger and bigger, M2M importance is literally exploding.

Why are APIs so important? Imagine a smart city project, in which the administration decided to introduce connected street lights. They process information about traffic congestion and react accordingly. And that’s pretty much it.

But now the city releases the API to trusted developers. They can now start fetching this data to use it in their own apps, making Google Maps measure traffic more accurately and your Volvo being able to tell you if you’re going to make it on the green light.

As it goes further, we also get an API for public transport. And public healthcare. And hundreds of other fields. That is Internet of Things.

Another annoying and very common misconception about Internet of Things is assuming that it’s something that will be happening in the future. Maybe in 2015, maybe in 2018, maybe in 2020, who knows? Almost everybody seems to be painting this picture of connected future versus semi-connected present.

That’s absurd – we’re online 24/7 and so are billions of devices across the globe, transferring data between a host of services and platforms. Right now there’s twice as many devices connected to the Web as there are humans on Earth.

Sure, we’re still fairly early on the way, when we compare this amount to 50 billion connected devices Cisco is predicting for year 2020. But come on, not so long ago mobile was also ‘fairly early.’ Saying today that IoT will come in the future is like stating that ‘mobile will soon start gaining traction’ was after Apple unveiled the first iPad.

Internet already is everywhere around you. Do you have a Smart TV? Maybe you transcribed your post-Game of Thrones fourth season finale shock into a tweet directly through it? Or maybe you’re livestreaming your gaming sessions straight from PlayStation 4 to Twitch? Do you use Spotify Connect in your car or in your home sound system? Have you ever used Passbook or Google Wallet to store tickets and coupons? Did you compare results of physical activities with a friend who also jogs with NikeFuel?

There’s already a huge group of people who answer ‘yes’ to not one, but each of those questions. And yet I keep hearing that the IoT era is coming. Internet of Things is not some crazy, futuristic idea that might or might not come true in the future. It is true. Right here. Right now.

The most important step towards it has already been made. According to BI Intelligence, more than one in every five people on earth already has the key to enter the Internet of Things – a smartphone or a tablet.

There’s 1.5 billion of people who can almost instantaneously tap into the global network, access the constant stream of data and use it to their own liking. They already have the devices that are hubs for this whole huge idea, the devices that deliver majority of digital services to the end users.

Sure, in developing countries, it doesn’t look that bright. Connectivity is expensive and internet is slow, but the Web is there and, as I mentioned before, we’re still in the early stages. With the Googles and Facebooks of the world investing heavily into bringing quality connection to emerging markets with huge ROI potentially awaiting them there, those regions are catching up at a good rate.

Where are we headed?

It’s time we stopped imagining Internet of Things as connected thermostats and teapots. After all, slapping a Bluetooth or Wi-Fi module on any given home appliance isn’t exactly rocket science.

It’s not the point here. The point is creating a structure for gathering and processing data from all those devices, giving access to them to developers and building meaningful services that provide real value to the users on top of that structure.

As opposed to a common assumption, IoT is past its infancy. What we should be debating in the first place is not the design of new funky home automation gadget, but developing industry standards, building growing ecosystems and figuring out how to provide security for the users of 50 billion devices that will be connected to the Web in 2020.

Don’t miss: What we can learn from the Yo API