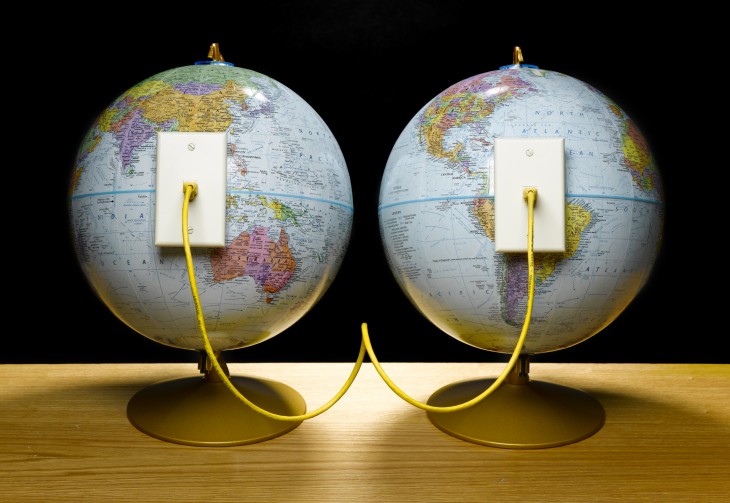 The following is a guest post by Lauren Fisher of Simply Zesty.

The internet of things relies on information travelling from one point to another, and it’s easiest to see the potential for this when you consider the impact of information flowing from YOU to an object.

Nest  is a great example of this. A thermostat that you can actually communicate with, saving money and energy on heating in the home. Instead of just setting your thermostat at the start of winter and probably never touching it again, now you can text your thermostat with Nest, for example telling it if you’re going to be out for the evening unexpectedly, so there’s no need to turn the heating on. By being connected, Nest learns from you and gives you a better product experience :

Objects are also being developed that will respond to automated actions, so they can learn all the time without you actually having to do anything. Twitter recently developed a ‘tweet controlled’ alarm clock that responded to tweets to animate wooden characters. Meet Flock:

Now while this is clearly a bit of fun from Twitter, the use-cases here are wide reaching. It’s not too much of a stretch to imagine a similar object that responds to tweets, to dispense medication, for example being controlled by someone via private message to remind an elderly relative when it’s time to take their tablet.

Objects communicating with each other

What we’re starting to see emerge is that instead of one object connected to an owner, or a single trigger, objects are connecting with each other to allow a new type of communication. An innovative product on the market in this area is the Good Night Lamp. A network of objects consists of a ‘master’ lamp connected to mini lamps, so that when the master lamp turned on, all or some of the other lamps light up. For a hard-working parent who often misses bedtime, being able to say goodnight by turning off your kids’ bedside lamp is a pretty heartwarming concept:

Where once you would need to have a physical connection to many objects to interact with them, the internet of things ‘in the cloud’ has changed all that. And traditional manufacturers are adapting to this fast. Bosch has developed an IP-enabled security camera for use by business and in the home, that will allow you to connect with your security system when you’re not there. When the system is installed, it’s as simple as accessing the Bosch iPhone app to access a real-time view wherever you are :

Bosch isn’t the only manufacturer innovating in the internet of things here. Belkin recently released Echo Water and Echo Electricity:

Echo water can be installed by anyone and is a simple device you attach underneath the kitchen sink. The device will then measure vibrations to analyse every water source in your home (think shower, toilet etc.) to let you know how efficient you’re being with your water consumption. It does this through the cloud, using algorithms to measure the data collected and transmit messages back to you, to notify you of your water efficiency. Echo Electricity does a similar thing by tracking voltage through pipes.

Internet of Things in the body

As well as seeing advances in the internet of things around us, we’re seeing connected objects move onto us and even into us. Nike is one of the most high-profile brands experimenting with the internet of things, seen first with their launch of the Fuelband, which tracks you as you go without you having to do anything. Simply slip it on your wrist and access a whole load of information based on your movements. And now they’re about to launch Fuelband 2, which will integrate Bluetooth 4.0. This will enable the Fuelband to improve their API, to allow apps and games to access data and use accordingly. It will also feature a heart rate monitor, because why not??

This is where the internet of things perhaps gets its most exciting. Your body is now an API and you can gather and transmit data that can be used for fun in the form of exercise, but also to help improve our health. The internet of things in the body enables data to be transmitted to other services. And with any development in wearable technology we need to look beyond the immediate, basic use – i.e. a bracelet that tells you how many steps you took that day, and into what we can do with that data that’s being gathered. So why not have a heart monitor that could automatically put a call through to emergency services if your heart rate reaches critical levels.

Welcome to the future of the internet. Inside you.

Read next: What the future looks like inside the lab that brought us Siri, the mouse, and the Internet itself