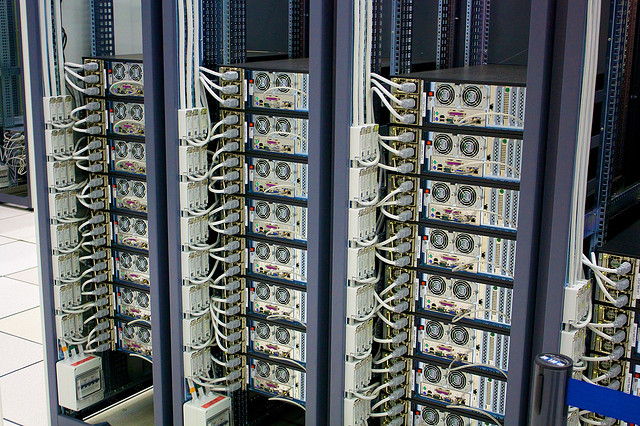 The site ProgrammableWeb has been tracking web APIs since 2005, and that’s a long time in Internet years. Today, the site announced that it has crossed the 5,000 API mark in its directory, covering everything from Twitter to government sites.

Here’s what they had to say about the mark:

Our API directory has hit another major milestone. We now list 5,000 APIs, just a short four months since passing 4,000. No longer is the web simply about links connecting one site to another. Instead, developers are using tools to connect data and functionality from one site to another site. It’s an incredible transformation that has happened over a very short period of time. APIs are at the heart of Google’s strategy and they led directly to the growth enjoyed by Twitter and Facebook.

APIs of course allow data from one site to flow outside of it, be it through an app or a mashup with another Internet service. As ProgrammableWeb points out, the most popular Twitter app ever, Tweetie, started out as a one-man project using Twitter’s freely available API. It was purchased of course, and it’s now the official Twitter app.

When you’re a company, especially one that has a social product, APIs are the best way to get your product out there and used. Twitter’s platform was a key component to its success, allowing people to interact with the service and tweet 140 characters from a multitude of destinations other than its own.

ProgrammableWeb’s road to a directory with 5,000 APIs took a sharp turn upwards in the middle of 2006, with Twitter leading the way:

Even the government values APIs

Having an API for outside developers to tinker with is no longer a “nice to have”, it’s now a key launch component for a lot of companies, including Google, Facebook, Twitter, eBay, and three of the major credit card companies. ProgrammableWeb is clearly an expert when it comes to APIs and it says that eventually “every company will have APIs”, as suggested by the fact that even government agencies and sites have jumped on the bandwagon:

The most popular API category from the last 1,000 APIs is government. In total, we list 231 government APIs and nearly half of them have been added in the last four months. Many looked to 2009 and 2010 as the years of government’s embracing transparency. That was true in terms of opening up many gigabytes of data. However, it appears 2011 and 2012 are the years where that data becomes easily consumable in bite-size chunks, something that APIs make much easier than Excel files.

When you have a gigantic database of data just sitting there, it’s ridiculous that people will take the time to pour over it line by line in a spreadsheet. By having an API, this data can be re-displayed and re-shared in ways that these agencies never thought of, or don’t have the staff to produce itself.

With the power of Facebook’s Open Graph being displayed with apps writing new actions to your Timeline, Newsfeed, and Ticker, companies are thinking about what they can do with the data they collect even before they’ve collected it. It used to be that you’d go to a site, fill out a bunch of information, and it would either be displayed on a profile or kept for advertising purposes. Finally, with APIs, that data is being used by the company itself and outside developers to give you a richer experience, and you’ll finally be getting something back for what you’re giving them.

Read next: Skip Tunes is an elegant, graphical alternative for skipping between music tracks