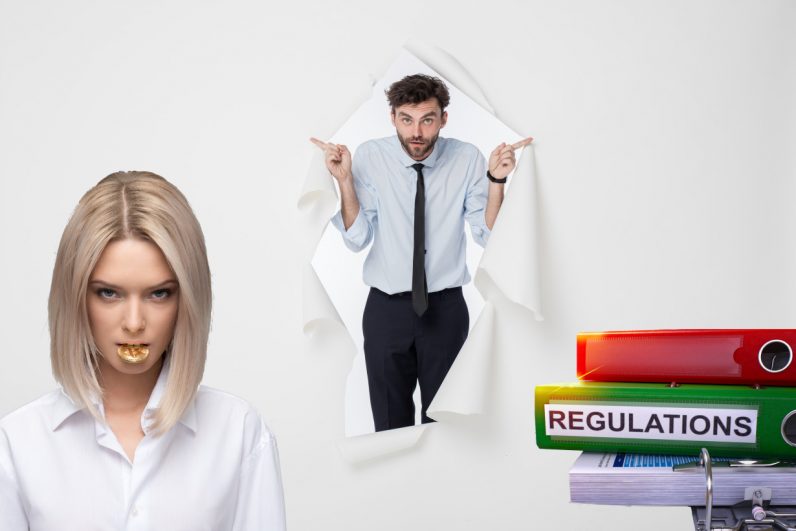 Ever since cryptocurrency began to dominate headlines in 2017, it’s been primarily viewed with a kind of “Wild West” outlook. A lack of clear regulatory standards, as well as the potential for significant gains (or massive losses), has emboldened many while causing others to shy away from cryptocurrencies altogether.

Recent events have resulted in even greater concern, with the SEC and CFTC scheduled to meet to discuss whether major ICOs such as Ethereum and Ripple should be designated as securities, rather than commodities. While some are doubtful that the SEC will use the Howey Test to enforce stricter regulations, others are understandably worried about how potential changes could impact their use of these tokens.

But not every crypto startup is fearing the potential for more regulation.

In fact, emerging investment startup Mandala is taking the opposite approach, going out of its way to embrace regulation in an effort to positively shape the future of the industry.

For Mandala, simplicity, security, and sustainability are key to crypto’s future. Knowing that many individuals enter the cryptocurrency world for its investment opportunities, the company seeks to provide a simplified, easy-to-use platform that allows novices and experts alike to perform efficient trades.

For Mandala, the end goal is to empower users who participate in the cryptocurrency sphere, providing tutorials and other educational resources to help users make better trading decisions, as well as a user-friendly, customizable interface for streamlined use.

As with other blockchain startups, Mandala plans to release its own token, MDX. These tokens allow users to unlock additional features, such as signals and alerts, profit strategy guides, and even a Trade Assistant. These tools will make use of analytics and AI to deliver the information traders need to make sound investments.

With the right interface and tools, Mandala will demystify cryptocurrency investing, making it easier than ever for the average person to take advantage of the many opportunities this new tech frontier has to offer.

Why Mandala is embracing regulation

While the above features go a long way in simplifying the cryptocurrency investment process, security concerns are perhaps the greatest issue keeping away potential investors.

Noncompliant investments are rightfully viewed as a high risk, as illustrated by a sad history of ICO scams. As just one example, PlexCoin made headlines after its assets were frozen by the SEC and its founder arrested on fraud charges — but only after $15 million had been lost by investors.

This and other similar events don’t just reflect poorly on the industry as a whole — they also discourage the general public from getting involved in blockchain technology, thereby limiting its potential. When the average person views crypto as a high-risk industry with significant fraud rates, they are unlikely to begin using it for their own investments.

In light of this, in March 2018 the SEC issued a set of requirements that it deemed necessary for a digital asset exchange compliance, including registering as a national securities exchange, alternative trading system, broker/dealer, and money transmitter.

Rather than try to circumvent or ignore these issues, Mandala instead hired a legal team to ensure that their platform would follow all of the SEC’s guidelines.

Regardless of what the SEC decides now or in the future, the team at Mandala understands that regulation is inevitable for their industry. Without compliance and security, the general public is unlikely to ever accept cryptocurrency as a viable investment option.

Because of this, taking a proactive approach in achieving SEC compliance was a natural solution for Mandala’s team. As a result, the company has filed for Regulation A+ with the SEC to protect its investors.

As Mandala’s own content explains, “Industry leaders have a duty to lead with integrity and ensure the necessary steps are taken to protect users, further the adoption of blockchain technologies and meet the requirements of global securities laws.”

Rather than risk being shut down or forced to halt trading, becoming compliant now ensures future stability, while also easing many of the concerns of new investors.

Planning for the future

Though analysts can make predictions regarding how the SEC and CFTC will act, there’s no guarantee how legal perceptions of cryptocurrencies will change in the coming weeks and years. Rather than taking a reactionary stance, Mandala’s position shows that being proactive will ultimately be the best move in a still-emerging industry.

By improving the perceived legitimacy of blockchain applications, Mandala’s efforts could help the industry gain mainstream acceptance like never before.