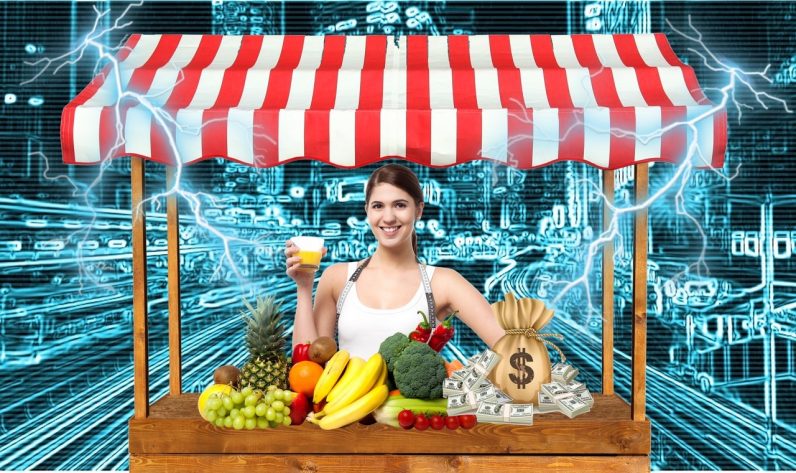 Last year ecommerce sales tallied $2.3 trillion worldwide with revenues tipped to grow to $4.88 trillion by 2021. The market is only growing but it is still fraught with issues like certain marketplaces having too much dominance and high transaction fees, which all work against smaller retailers and companies. Unsurprisingly many players are looking to blockchain for a decentralized answer.

Korona, a Swiss-Hungarian startup, is throwing its hat into the ring by developing its own marketplace using distributed ledger technology and its own dedicated Ethereum-based cryptocurrency token.

But cryptocurrencies are currently riddled with bottlenecks and hurdles that are stymieing their use and growth. This includes slow transaction times and high fees that make it untenable for carrying out everyday purchases. Not to mention the high volatility and the lack of legal clarity on matters like tax.

Despite these issues, interest in alternatives remains high. A University of Cambridge (supported by Visa) study into cryptocurrency found that people are increasingly looking to new payment methods for greater cost efficiency and that there are around 35 million active cryptocurrency wallets around the world.

According to Korona, this presents a massive opportunity. Once deployed, Korona’s ecosystem will provide increased efficiency, education and the tools enabling people and businesses from all parts of the world to use crypto payments in their everyday life instead of fiat.

One of the top issues in the crypto market today is the speed and efficiency of all transactions. All transactions need to be quick and seamless in order to drive usership. This Korona marketplace and its token will be based on the Lightning Network, a second layer payments protocol that sits on top of the blockchain and processes payments via their own channels. This, Korona states will make the new cryptocurrency faster and more stable than most of the digital coins out there.

Furthermore, Korona’s API will be made available for free to anyone so they can build a webstore on Korona Marketplace, which will function with smartphones’ contactless payments.  These features will bring Korona to physical brick and mortar stores worldwide.

The Korona Cryptobank will support the exchange of Korona tokens and fiat currencies.

Korona’s Hungarian team is led by Jean-Marc Stiegemeier, a former Wall Street financial adviser. The company is incorporated in Switzerland’s Zug Valley, one of the more welcoming regulatory climates for cryptocurrency in Europe. This, the company says, means that it will comply with both Swiss and EU law as it plans to make its initial marketplace available across Europe.

The platform will include a fully-licensed service for businesses and individuals to operate, a fiat/crypto exchange, and taxation information support in order to stay fully compliant. The startup believes these features will make Korona tokens more acceptable and ultimately increase their value.

The platform will connect small retailers and businesses around Europe with the wider global market to efficiently sell their goods online. The company will offer its webstore frames for free to SMEs. Further, it will connect with different kinds of webstores that usually only accept fiat, allowing users to make purchases in these stores using Korona tokens.

Korona will support businesses in their tax reporting tasks with help from international tax lawyers. Businesses will be able to turn to the platform to ask relevant legal questions. It will offer business users the option to request statements, letters of credit, and bank guarantees much like a commercial bank (but carried out in Koronatokens).

To incentivize early adopters of Korona tokens, merchants that sign up first will be entered into the Korona Early Bird Rewards programme, which will reward them with Korona tokens.

For shoppers, the Korona marketplace will also feature a price comparison service so a user can efficiently compare prices in different countries and get a better deal. For example, a smartphone might be more expensive in Greece than it is in Germany so this gives the buyer more choice before parting with their tokens.

Korona’s token also has a volatility tempering mechanism that will combat any short-term market volatility – a very common occurrence in the world of cryptocurrency – in order to offset any risk to transactions.

The ICO will commence on April 23rd and will run for about two months. The ICO shall provide 40% of the total tokens to be sold. The remaining tokens will be distributed as follows: post ICO token distribution (30%), team and advisors (12%), flexibility mechanism (10%), early bird program (5%), and the bounty program (3%). There will be a total of 300 million tokens in total. All unsold tokens will be burned.

The funds generated from the token sale will be invested in fully developing the Korona platform and bringing it to market. This includes development and operation costs, security, marketing, compliance, and legal support. The company expects the token will be listed on exchanges shortly after the ICO concludes.

Korona intends to launch the Korona Cryptobank by the end of this year with the payment mechanism built by Q2 2019 and the full ecosystem operational by Q3 2019.