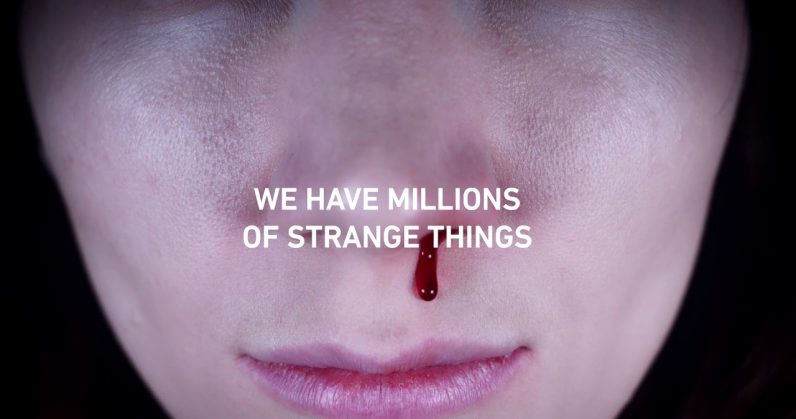 There’s a lot of generic stock video out there, and most of it is being used in bland corporate videos that you forget about minutes after watching. Turning that trend on its head is Shutterstock, which has created an alternative trailer to the Netflix hit series Stranger Things, using only stock footage sourced from its archives.

The trailer was shared earlier today by John Glenday at The Drum. And I have to say, with this clip, Shutterstock has managed to artfully capture the overall eeriness of the series. It effortlessly intersperses creepy, mist-flooded scenes with 1980’s retro imagery, which harks back to the era in which Stranger Things is set.

This clip is fun, and it’s a little dumb, but it serves a point: namely, it highlights the sheer diversity of Shutterstock’s video catalog. If you’ve got a deep-enough wallet, you could probably make something similar.

It’s also not the first time Shutterstock has used its own catalog to lampoon something in the cultural zeitgeist. Earlier this year, it produced a replica of the now-infamous Fyre Festival trailer.

Not pictured, however, are the lines of angry creditors. Nor does it show festival co-founder Billy McFarland languishing in a New Jersey jail. You’ll have to watch the Hulu documentary for that.

Personally, my favorite example from this genre doesn’t come from Shutterstock, but rather And/Or Studio, which used publicly-available stock footage to create a “generic millennial ad.”

Shutterstock is primarily known for its catalog of licensable images, which are frequently used by content creators and journalists in lieu of their own visual assets. Launched in 2006, Shutterstock Footage is the video counterpart of this service, and is increasingly regarded as an important part of the company’s business model.

My only question though: how long is it until some creates a full-length feature film using only Shutterstock video content?

Read next: Google's staff banned from protesting YouTube under the company's banner