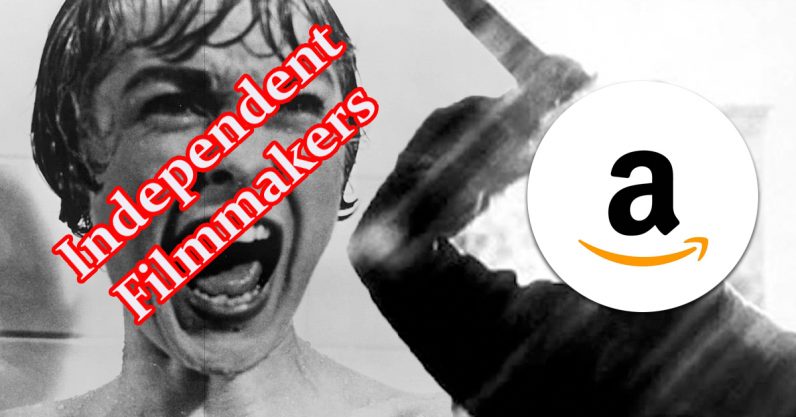 When I said “’Space Boobs in Space’ is the best thing on Prime Video,” last year, I wasn’t playing coy or trying to be funny. The film, on its own merit, is a loud-and-proud statement on body-positive feminism. And the fact it was available on one of the world’s largest streaming entertainment networks gave me hope for the future of very-low-budget, independent cinema.

That hope is gone.

Amazon‘s Prime Video Direct, the program responsible for bringing independent films such as “Space Boobs in Space” to Prime Video subscribers, recently conducted a mysterious purge affecting thousands of films and dozens – if not hundreds – of filmmakers.

On January 21 filmmaker Henrique Couto, perhaps best known for writing and directing the 2013 horror film “Babysitter Massacre,” found out many of his films had been unceremoniously deleted from Prime Video. He told TNW, via email:

Last night many of my films, including two that had just passed a review by them were taken down, but this time they were taken down with no option to attempt to republish or appeal.

I was also never informed about them being taken down, Prime Video Direct never informs you when your films are down, they are just down until you notice it.

Couto contacted Prime Video Direct’s customer service to find out why his films had been removed, and received the following response:

We are always listening to customer feedback and iterating on their behalf. During a quality assurance review, we found that your titles contain content that do not meet our customer content quality expectations.

This means a regular multi-factor review of the content we make available as Included with Prime and this may mean removal of content which does not meet that bar from time to time.

As a result, all offers for your titles that have been removed will not be made available as “Included with Prime” or to Buy/Rent on Amazon.

Thanks for using Prime Video Direct.

Couto, like many other independent filmmakers, has no idea why his movies were removed. Amazon‘s vague implication that the films didn’t pass some sort of standard seems disingenuous at best, and offensive at worst.

First off, I’m watching “Redneck Zombies” on Prime Video as I type this. I assure you, Amazon, you’re in no position to play any artistic integrity cards — no offense to “Redneck Zombies,” but it’s no “Space Boobs in Space.” Secondly, it’s not about whether the now deplatformed movies deserved to be there or not, but about yanking the rug out from under your service’s most vulnerable users.

Gonzoriffic founder Andrew Shearer, who directed “Space Boobs in Space,” spoke to TNW about what it meant to have his films on the service in an interview last year. He said:

… it almost feels like philanthropy or outreach on Amazon’s part. Amazon has all this money and it’s like they’re giving independent filmmakers an opportunity. But with Prime, when that became an option for us, it was a life changing thing. Now instead of wondering if we’ll be able to do the next project, maybe we’re able to do two or three.

As of January 2019 seven of the 14 titles Gonzoriffic had streaming on Prime Video have been removed. If you search for “Space Boobs In Space,” for example, the link now reads: “This title is currently unavailable. Our agreements with the content provider don’t allow purchases of this title at this time.”

But that’s not what filmmakers like Couto and Shearer are being told. Shearer too received a response from customer support indicating his movies just aren’t up to snuff. He told us:

It’s a stark contrast to the “Congratulations” emails they sent to me when the films they pulled initially passed their quality assurance screening process. If the standards have changed, we weren’t told. If they’re trying to do away with our Video Direct partnerships, it’s a mess. Because not all videos were yanked, it’s impossible to tell why some stayed and some didn’t.

It’s impossible to know why Amazon suddenly conducted a purge of independent films. Some filmmakers believe it’s because a certain threshold has been met – Amazon‘s got enough “bigger” titles to fill out its virtual shelves now, so it’s kicking micro-budget films to the curb.

Others believe that a recent incident involving the film “One Cut of The Dead” being illegally streamed on Prime Video caused the company to conduct the purge in a knee-jerk reaction to anything its quality assurance personnel might deem bootlegged.

Whatever the truth of the matter is – and it’s probably just about money; it’s always money – the Prime Video Direct purge of 2019 sucks. It sucks for filmmakers, it sucks for fans, and if there’s any justice in the world it’ll suck for Amazon too.

Because the only thing Prime Video does better than Netflix and Hulu is independent cinema. If that’s gone, there’s no reason for me to spend the one commodity there I can offer Amazon that’s more valuable than my money: my attention.

There’s currently a petition on Change.org to tell Amazon that you want independent cinema back on Prime Video.