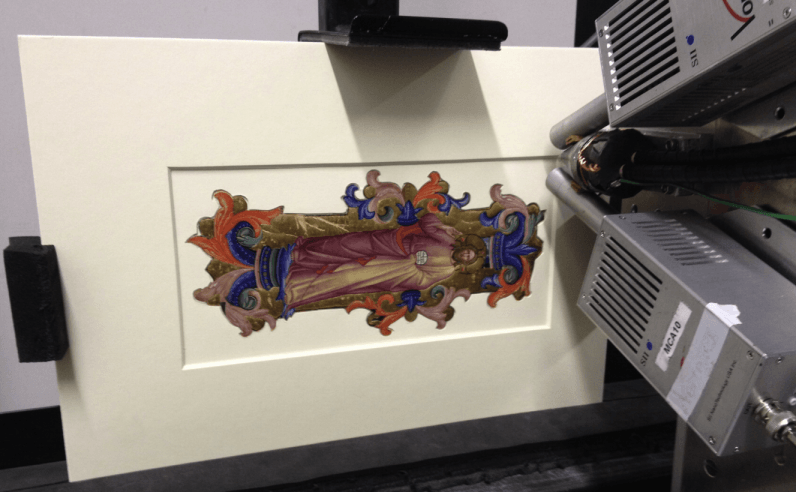 One of the shortfalls of traditional forensic science is the struggle to detect and image biological traces, like blood and sperm, from a surface too dark or fluorescent. This new CSI technique, however, can detect traces on any surface with ease, and it could even help to solve old crimes.

The new approach is based on an imaging method originally intended for the field of art science, used to reveal the hidden elemental layers within artworks. In the same way imaging can help authenticate and understand the palate of an old artwork, it can also be used to expose biological traces, researchers discover.

In the case of a close-range shooting, for example, the MA-XRF could help distinguish between an execution at close range versus an accidental gunshot during a wrestle. The device could also detect evidence that’s been concealed by perpetrators, such as gunshot residue on a wall covered with multiple layers of paint.

The research was initiated by the University of Amsterdam, the Netherlands Forensic Institute, TU Delft and the Rijksmuseum. What’s pretty impressive is that the lead author of the paper, Kirsten Langstraat, is a Master’s degree student who carried out most of the practical research during an internship with the gunshot residue team at NFI.

While I definitely haven’t been responsible for any such incredible crime-solving discoveries whilst a student or intern, it’s promising to see this kind initiative from our next-generation forensic experts. It still may take some time before this unexpected innovation is made fit for forensic purposes, but when it is, the perfect crime might be a thing of the past.

Read next: NAGA successfully launched an ICO — here's how they did it