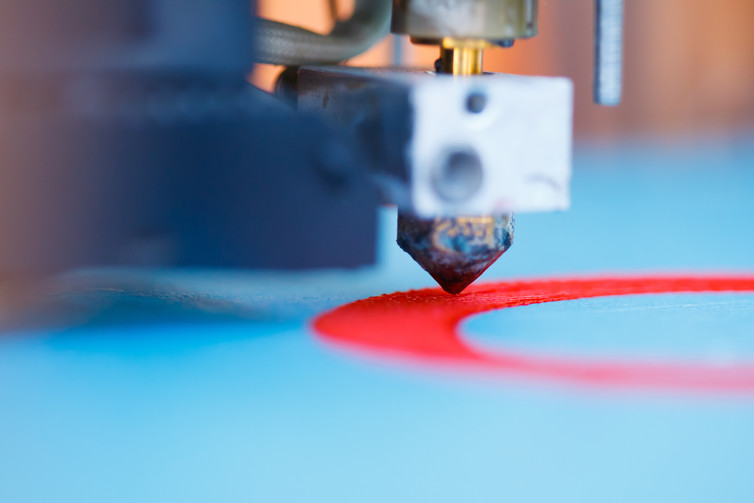 For many people, craft is wooden chairs and pottery, all lovingly constructed by hand. A 3D-printed plastic object? Not so much.

The work of Australian designer Berto Pandolfo, shown in a new exhibition at Kensington Contemporary in Sydney, upends that rule. His sidetables demonstrate that digital fabrication techniques like 3D printing offer new possibilities for design practitioners with a craft ethos.

By using new technology to enrich rather than substitute traditional techniques, he is part of a movement that the writer Lucy Johnston has termed “the digital handmade” – designers that use emerging digital techniques to create desirable objects.

Craft is a contested term, especially in an era where machines have taken the place of work previously done by hand. Broadly, it’s an approach guided by tradition, sensitivity to materials and manual techniques. Pandolfo’s show explores the place of 3D printing within such a practice. The result is objects that feel distinctive rather than mass manufactured, despite their online origins.

3D printing, more accurately referred to as additive manufacturing, creates objects by depositing material layer-by-layer. For furniture design in particular this is a radical shift away from traditional methods of material subtracting (think of carving) as well as forming and joining. Referred to as the third industrial revolution by technology writers such as Paul Markillie, additive manufacturing was first used as a tool to construct prototypes directly from computer-generated models.

Some 3D printing techniques are favoured by industrial designers on a mass scale. Selective laser sintering and direct metal laser sintering, for example, are two relatively expensive processes that have proven particularly useful in the biomedical and aerospace industries.

Processes such as fused deposition modelling, on the other hand, are more affordable and more accessible to designers working on one-off objects like Pandolfo. Desktop 3D printers such as CraftUnique’s CraftBot PLUS cost a little over US$1,000.

For his exhibition, entitled MND, Pandolfo has produced a series of side tables, using fused deposition modelling to create the legs. Inspired by river stones, the legs contrast with the smooth finish of the body of the table, made by hand from kauri pine. Typically rough textures are associated with wood. In this instance, however, the wood is smooth and uniform, and the plastic is rough and irregular.

The 3D printing process typically produces a rough, lumpy or striped surface finish, which is often sanded down. Pandolfo decided not to, giving the side tables the markings of imperfection often associated with handmade objects.

He also chose the river stone form rather than a side table’s conventional turned wooden legs, in order to exploit the capacity of additive manufacturing for creating forms of subtle irregularity. Rather than being regarded as incidental or antagonistic to the finished product, the surface imperfections typical of the fused deposition modeling process have been used as an opportunity.

Pandolfo’s work fits within the “digital handmade” movement because he has taken the technological limitations of 3D printing as a creative opportunity.

In fact, the marriage of 3D printing and craft represents a return to a pre-industrial values where creative intelligence and skill in making went together.

As Johnston suggests in her book, the industrial revolution “resulted in a diminished role for the craftsman”. Skill and imagination were removed from mass manufacture as machines and the factory line dominated the production process. The creativity once associated with handmade objects and craft became more exclusively associated with the fine arts.

The broader value of this work is in demonstrating how technological hardware, such as 3D printing, need not be relegated to mass industry. Designers and handcrafters can also claim it, ensuring new meaning can emerge from our machines.

Read next: Why VPNs are less likely to sell you out than ISPs