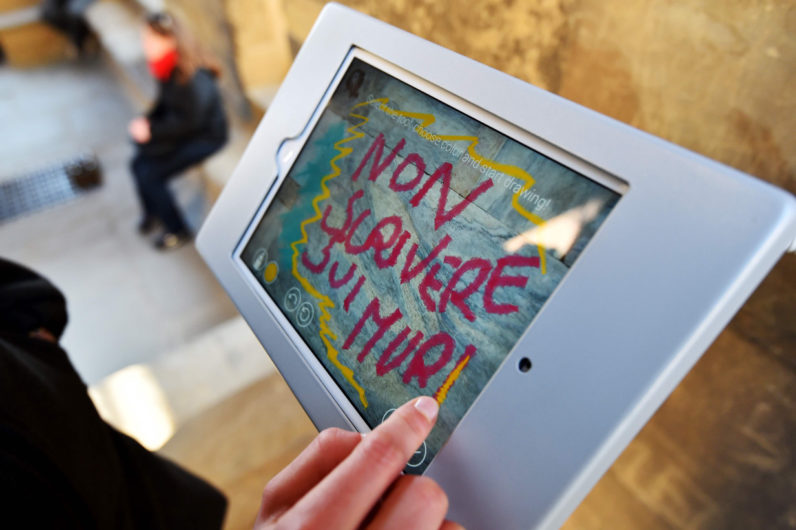 You can barely walk two feet in Italy without coming across a beautiful monument, full of rich history and deep meaning. Unfortunately, the same could be said of drunks and vandals.

Italians are constantly battling the drunken asininity of vandals and are trying to find ways to protect their monuments. This is also the case for the people of Florence, The Local Italy reported, as city authorities have employed new and innovative ways to battle vandalism.

Florence is using people’s love for gadgets to steer them into a more benign version of graffiti. Instead of going about the old-fashioned way, defacing cultural heritage with graffiti markers or spray paint, city authorities are encouraging people to draw ‘digital graffiti’ on two tablets that have been installed in Santa Maria del Fiore, Florence’s cathedral.

The project is called Autography and allows people to leave a lasting mark on the monument, showing that they passed through the historical site. All messages left through Autography are stored online and printed out annually. The print-outs will then be kept in the cathedral’s archives, next to historical documents such as the birth certificate of Lisa Gherardini, who is considered to be the model for da Vinci’s Mona Lisa.

The messages can come in all shapes and sizes, just like real graffiti, as guests can choose between different backgrounds (stone, brick, etc.) and different tools, such as pens or spray cans. This allows people to ‘tag’ the monument without damaging it.

It is easy to be skeptical about whether this initiative by city authorities in Florence will appeal to the right group — that is practicing taggers — since half the fun of tagging is defying the rules. However, it seems that this skepticism is unfounded as the introduction of the tablets have led to less vandalism.

The tablets have now been up for a year and graffiti has notably declined in that year and over 18,000 new digital tags have been left instead. Disappointingly, messages that “contain insults, unauthorized material or [are] judged inappropriate” will not be allowed, according to Autography’s website.

Drunkards and rebellious teenagers will need to adopt new ways of expressing themselves. Might I suggest a free course on the art of storytelling.

Read next: Twitch to take on Steam with new direct game marketplace