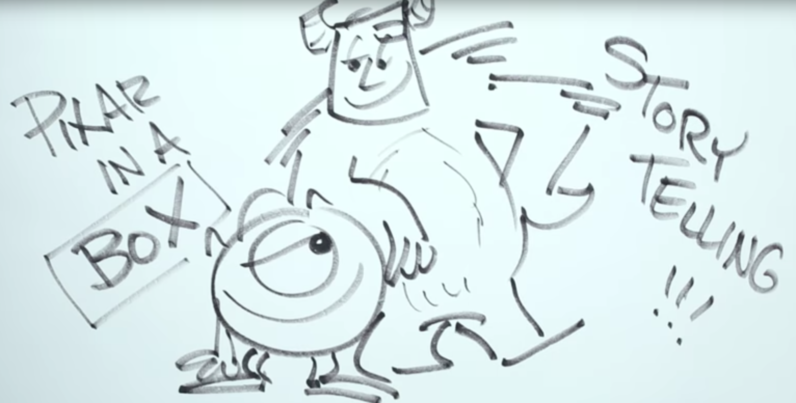 With titles like Toy Story, WALL-E and Finding Nemo under its belt, Pixar has told some of the most heartfelt stories to have ever appeared on the silver screen. Now it wants to share the art of storytelling with you.

The Disney-owned studio has teamed up with Khan Academy to offer its narrative expertise in an all-free online course fittingly titled ‘The Art of Storytelling.’

The course is the third instalment from the Pixar in a Box series, which has previously educated filmmaking enthusiasts on a variety of topics, including character building and the principles of animation.

‘The Art of Storytelling’ will feature lessons from a stellar lineup of Pixar artists from the likes of Monsters, Inc. director Pete Docter, Brave director Mark Andrews, as well as Ratatouille animator Sanjay Patel.

While the first episode is available now, the animation giant will be releasing six more lessons throughout the rest of the year. To “take students of all ages through the concepts of storytelling,” the lessons will be comprised of videos, exercises and various hands-on activities.

Go learn how to craft cordial stories like Pixar and sign up for their course on Khan Academy right here.

'The Art of Storytelling' by Pixar on Khan Academy

Read next: Google adds trivia facts to search results, because why not?