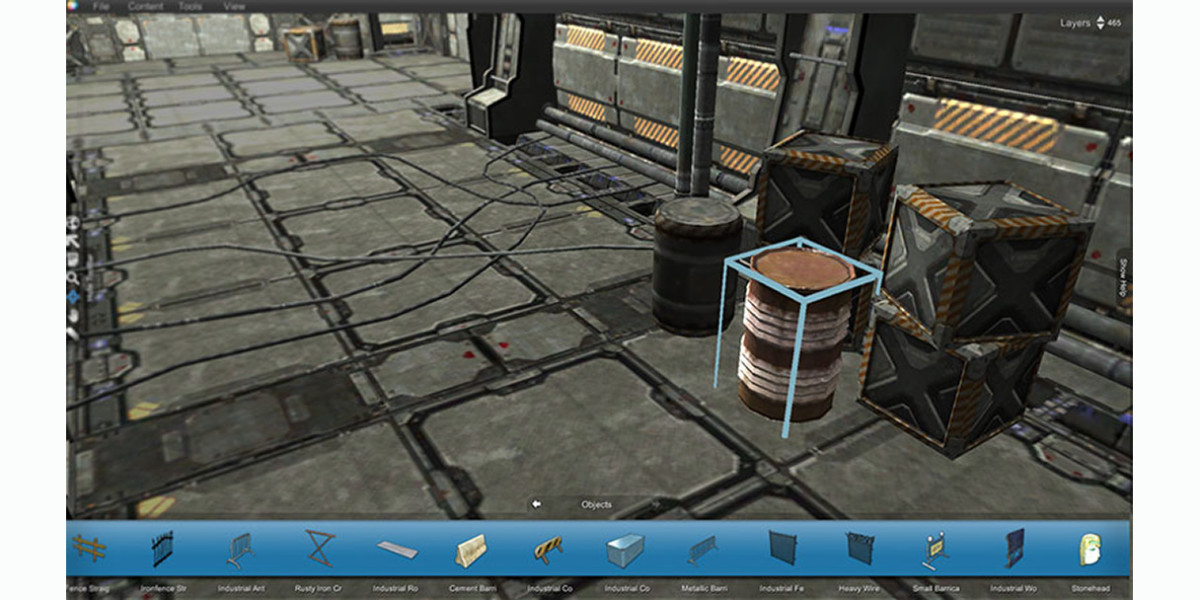 Voxelus, a virtual reality content creation platform, plans to launch a new marketplace for VR assets, animations, immersive worlds and games in the first quarter of 2016, and will accept only ‘voxels’ — cryptographically secure in-game tokens as payment for purchases, the company announced today.

Since its debut three weeks ago at Oculus Connect, Voxelus has seen more than 20,000 downloads of its Creator software. That’s huge, considering a consumer version of the Oculus Rift headset is not yet for sale and the $299 Samsung Gear VR innovation edition is one of only a few headsets currently available. Nonetheless, things look promising, especially with the upcoming $99 Samsung Gear VR headset on the horizon.

The Voxelus platform allows anyone — regardless of skill level — to create VR games, experiences and virtual spaces without writing code. It consists of Voxelus Creator, a 3D design app for PC and Mac; VoxelusViewer, which works on desktop PCs, Oculus Rift and Samsung VR devices; and Voxelus Marketplace, which allows creators to sell and users to buy VR content and games for the Voxelus ecosystem, using the voxel in-game cryptocurrency. Voxelus will offer a revenue share with creators.

Given the high cost of production and paucity of available content, Voxelus co-founder and CEO Martin Repetto predicts that the platform will become the repository for most VR content and games. The company believes VR needs plenty of consumer generated input and content, in a YouTube-type model, to help popularize the platform.

Voxels were first made available in a private pre-sale to strategic partners and cryptocurrency investors today, with a 100,000 voxel minimum. A public crowdsale begins Monday, November 2, at sale.voxelus.com, handled by Voxelus strategic partner and investor ShapeShift, run by bitcoin entrepreneur Erik Voorhees.

The initial crowdsale provides funds to ensure the Creator and Viewer will always be free, and provides that the payouts to content creators can be sent anywhere in the world instantly without bank fees.

CNET founder Halsey Minor, chairman and co-founder of Voxelus and chairman and founder of Uphold — a cloud-based money platform — announced that Uphold will support the voxel as one of only two cryptocurrencies pegged to its basket of fiat currencies and traditional assets like gold. After the crowdsale, the voxel will join 24 other currencies and Bitcoin that members can move, convert, hold and spend.

“Voxelus is using voxels to make the content accessible to anyone, anywhere in the world, including the 2.5 billion people with no access to a bank account,” Michael Terpin, an advisor the Voxelus, told TNW. “Uphold will help make this universally accessible. It will also trade on exchanges globally and by early next year, it can be purchased on Uphold using traditional credit/debit cards.”

The voxel will be the only cryptocurrency other than bitcoin supported by Uphold. On October 14, Uphold announced the ability to fund accounts via credit card, bank transfer and bitcoin, which will give the voxel equal functionality to bitcoin on its platform and accessible to people around the world.

Said Halsey Minor in a statement:

Early in my career, I was influenced by the visions of writers such as Neal Stephenson in books like Snow Crash that envisioned worlds with both virtual money and virtual reality. Making science fiction science fact is the kind of thing every entrepreneur lives for. By giving the voxel functionality equal to bitcoin while serving the ecosystem of the leading virtual reality gaming platform represents a remarkable technical achievement and reflects the maturity of both the Voxelus and Uphold platforms.