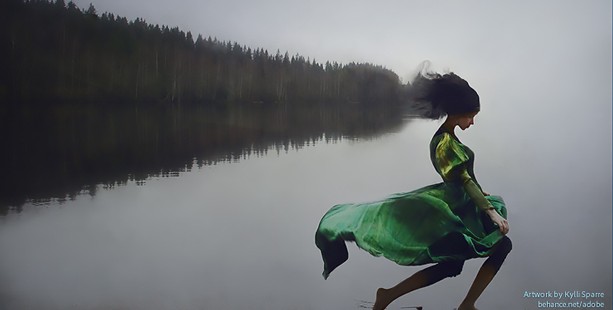 Thomas Knoll, co-creator of Photoshop, says the current Creative Cloud Photography Plan, which bundles the app, Lightroom and Lightroom Mobile into a $9.99 per month subscription, is now priced fairly for photographers. Photoshop is celebrating its 25th birthday today.

In answering my query during a virtual press conference this morning, Knoll also stated that he had been unhappy with the original $49.99 a month across-the-board Creative Cloud pricing structure because photographers who used Photoshop did not actually work in the way the plan envisioned.

Thus, a little over a year after Adobe Creative Suite became Adobe Creative Cloud, a separate subscription plan was debuted, which specifically targeted photographers, for $9.99 per month. For Knoll, that is the sweet spot.

But, it turns out, price was not Knoll’s only concern. The Photoshop creator also outlined the benefits of the subscription plan from an engineering standpoint that highlighted the advantages of not having to sell the flashiest features every couple of years, but rather offered the ability to concentrate on the app’s infrastructure, performance and workflow features and to push such updates to customers at will.

His response was so succinct, and covered so much ground, that I am reproducing it verbatim below.

I was originally quite concerned about the pricing model, particularly for the photographers using Photoshop. For the creative professionals who are using a large number of applications in the suite, the Creative Cloud was actually a wonderful deal. Initially, when Photoshop came out in Creative Cloud I don’t think enough attention was paid to the pricing model for a product for photographers because a lot of photographers don’t use Photoshop all that much — they spend most of their time in Lightroom, and you would have to buy a perpetual copy of Lightroom and then get a single application subscription to Photoshop and the price for that was more than the upgrade cost used to be.

So I actually pushed pretty hard within Adobe to get the photography program created, and I’m actually very happy with it now. I think it’s a wonderful bargain where you get both Photoshop and Lightroom and Lightroom Mobile all for a very low price. In the US it’s $10 a month, and comparable in most parts of the world. I’m very happy with the pricing model now.

Under the old model, where you would sell upgrades every year and a half to two years, a lot of effort had to be [put] into getting the top five features that would demo well. So if a feature was very useful to the day-to-day life of a user, and actually made their life better, like fixing an old workflow or something like that, it would have improved the quality of use for the end user but it would not have been one of the top five demo features, so we would do those things, but we’d also have to spend a lot if time doing things that were probably more flashy but might not have been as useful in real life.

So it changes the incentive from creating flashy features that demo well, but may not be all that useful in real life, to trying to keep our subscribers happy. So the model now is that users can subscribe at a very low cost and pay a monthly fee and Adobe’s goal becomes keep those users happy rather than try to sell them upgraded features, so we have incentives to provide features very quickly as soon as they’re available.

We don’t have to wait and save them up and try to get the top five demo features released — we can ship them as they’re ready and you can get the stuff sooner, and we can also concentrate on features that are really usable in the real world. Often it’s a lot less flashy stuff that we’re working on, but that improve the day-to-day workflow more.

Adobe eliminated perpetual licenses for all of its creative software in 2012 in favor of the Creative Cloud subscription plan. The move, still controversial in some circles, mandates a per-month fee structure in exchange for access to a huge plethora of software.

Photographers were vocal in their objection to this structure, and Adobe responded by instituting the current photo-oriented plan. It’s still a subscription, but it’s much less expensive.

Read next: Imgur introduces Topics to simplify browsing through its content