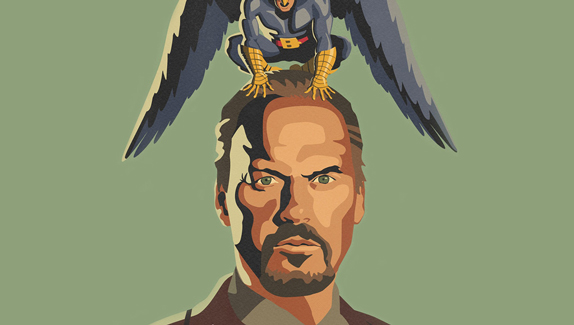 Birdman is home to a wonderful, all-jazz drum score by Antonio Sanchez, with a hypnotic, constant beat that serves as the movie’s perpetually pounding heartbeat. The very subject of Whiplash is a young jazz drummer, aspiring to be the next Buddy Rich, who furiously drums (and bleeds) his way through no end of dizzying, borderline epileptic performances that leave him, and us, exhausted.

The one-two punch of both Birdman and Whiplash reminded us how striking the use of jazz could be in film, and we felt inspired to dive into the long tradition of great movie jazz scores to highlight a few of our favorites.

If humidity and lust had a sound, this would be it. Considered one of the earliest jazz scores in American film, composer Alex North’s work in Streetcar wonderfully captures the simmering heat and sweat of the story and its New Orleans location. It’s sexy, moody and endlessly listenable. The score is also intriguing for how it often melds both low-key jazz with the refined, big bombast of more traditional classic Hollywood scores.

Hear more of the A Streetcar Named Desire score on Spotify »

Renowned movie composer Elmer Bernstein’s collaboration with Chico Hamilton is the perfect example of how well jazz can capture character and story. The slimy and acidic ways of Sidney Falco (Tony Curtis) and J. J. Hunsecker (Burt Lancaster), reflected in the world they inhabit, are brilliantly conveyed here. You hear their smarminess (see: Night Beat).

You hear their bigger-than-life cocky swagger (listen to the first part of the clip below). And you hear the lively charm (and sometimes seediness) of the city nightlife they maneuver through. The Sweet Smell of Success score is also noteworthy for its range — one moment you feel like you’re being seduced, the next you feel like someone just knocked you off your feet.

Hear more of the Sweet Smell of Success score on Spotify »

Anatomy of a Murder

Duke Ellington and Billy Strayhorn’s music for Anatomy of a Murder is widely considered one of the greatest scores of all time. It’s earned that reputation for good reason. There are moments when the music feels so alive that it may just leap out of the film. Take Flirtibird, for example. It practically sways its hips right off the screen as a fully formed, cigarette-smoking, stiletto-wearing femme fatale, oozing the kind of seductive allure you know means trouble.

You also can’t beat the Main Title sequence. It’s a dizzying whirlwind that immediately calls to mind a hot summer night, ripe with the possibility of sex and violence. Tour de force is an often overused expression, but it’s hard to find a better way to describe Anatomy of a Murder’s jazz score.

Hear more of the Anatomy of a Murder score on Spotify »

Elevator to the Gallows

Composed by the great Miles Davis himself, the trumpet-heavy score for Louis Malle’s Elevator to the Gallows is a master class in how to capture an entire film’s mood with music. Davis’s ability to summons aching loneliness, sadness, anxiety and regret with his trumpet is nothing short of genius. It’s beautiful music, even if it’s hard to call something “beautiful” when it so potently breaks our hearts with every note.

Hear more of the Elevator to the Gallows score on Spotify »

Jazz is great for conveying melancholy, which Howard Shore and Ornette Coleman do incredibly well in Naked Lunch. But where their score for David Cronenberg’s 1991 film really stands out is how it shows off the more eccentric possibilities of jazz. In this case, it shows how jazz can take on an almost frantic or schizophrenic quality. It’s amazingly disorienting and hyperkinetic. It’s also a pitch-perfect way to mirror the gonzo things that happen in this adaptation of William S. Burroughs’ novel. More than anything, though? It’s incredibly fun.

Have a favorite score that didn’t make this list? Tell us about it in the comments below!

Read next: The best sleeping habits to enhance your productivity