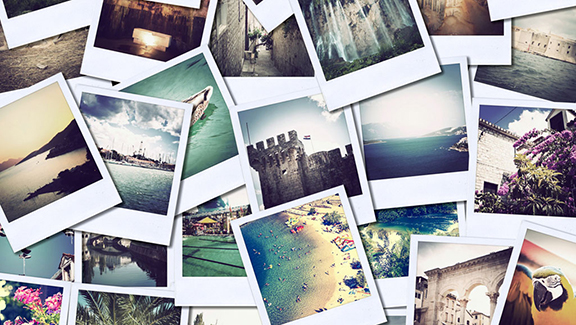 Abhilasha Shah is a PR/Communications Intern studying communications and psychology at the University of Michigan. This post was originally published on the Shutterstock blog and has been reprinted with permission.

Let’s play a little game. See how long you can stay focused on the data and research behind the visual, rather than searching for the “eye candy” (the eye-capturing images throughout this post that simply illustrate the topic). No matter how tedious it gets; no matter how many facts there are, see if you can last until the end. Here we go!

Have you ever really stopped to think about the constantly uttered phrase, “A picture is worth a thousand words?” The symbolic idea behind it, of course, is that one single image has the ability to tell an entire story. However, from a purely neurological point of view, the fact is that looking at an image can help our brains absorb large and complicated amounts of data in a quicker way than reading text.

Instagram, Pinterest, Tumblr and Snapchat are just some of the many booming social media platforms that are all mainly image-based. Even Facebook and Twitter, which were originally designed to revolve around text, have transitioned to more image-based formats.

When a picture can tell a story, not many people stop and take the time to read all the words. Instead, they focus on the images to rapidly understand the message, rather than having to interpret and analyze textual information.

Visual processing and your brain

Our right hemisphere, or 50 percent of our brain, is dedicated to visual processing. Hence, using images has become an essential requirement to grab consumers’ interest. In fact, articles with visual content get 94 percent more readership and exposure than those with mere text.

Including visual content in a press release increases the number of views by over 45 percent. No matter the context, images increase exposure and engagement because they make things more visually appealing. In addition, they can persuade viewers to take action. Research shows that those who use visual communication to persuade an audience succeed 43 percent more often than those who simply rely on words. Think about it: Presentations with no visuals and just a bunch of text are flat-out boring.

The eyes have it

Putting personal preferences aside, 90 percent of information transmitted to the brain is visual. Images that contain physical subjects and a variety of colors increase willingness to read by 80 percent. They also mean less work for our brains, which can process visuals 60,000 times faster than text and identify images seen for as few as 13 milliseconds.

Additionally, 70 percent of all our sensory receptors are in our eyes. Once the retina is exposed to an image, information such as shape, color, and orientation is simultaneously sent to different parts of the brain for immediate processing. When it comes to words, there is a linear process that takes more time and strength for our brains to understand and react to.

Ninety-three percent of communication is nonverbal. Images are particularly powerful because of their ties to our memories and emotions. When we understand an emotion, we get a better understanding through our visual experiences.

Emotional reactions are critical in the role of marketing, because campaigns with purely emotional content perform twice as well as those with mere facts. Furthermore, because our brains are trained to decipher all the elements of an image at the same time, we are able to make an association with an image, both cognitively and emotionally, in a quicker manner. This means that images are a great way to grab a viewer’s attention, convey a message, and elicit an emotional response.

If you’ve reached this sentence, congratulations for sticking through all the overwhelming, informative text. Those who scrolled through the images and clocked out have proved the point, however: the power of communication is enhanced exponentially through the power of the image.

Read next: Why employee management is out of control