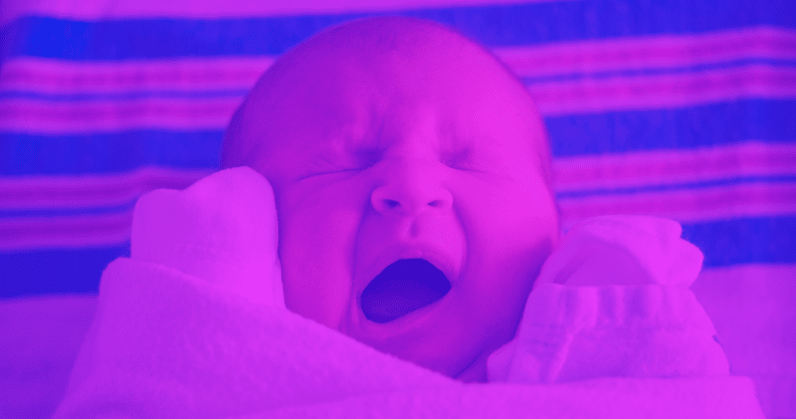 As medical facilities test their breaking points under the strain of the coronavirus pandemic — many offering little more than a bed in a hallway to house the influx of new COVID-19 patients — most find themselves hardening visitation protocols, or suspending them altogether, in an effort to protect their most vulnerable patients.

For the sick and the elderly, FaceTime is a lifeline to the outside world. For new mothers and fathers, it’s a chance to bond with hours or days-old babies from afar.

Julianna Grogan, a New York City mother diagnosed with COVID-19 before the birth of her daughter on April 2, was forced to give birth without her husband, or her doula, as neither were permitted in the room during the delivery. Both, however, watched the events unfold from FaceTime. “They were watching the whole time,” Grogan told CNN. “Luckily, I had a stand with a clip to attach my phone to the bed.”

Nurses are referring to the application as BabyTime, FaceTime for babies. And while FaceTime works, facilitating connection and communication between isolated individuals, it’s not the only tool of its kind that medical professionals are relying on during times that require distance and planning to communicate.

NICU2Home predated coronavirus by a few years, though it was rolled out to all families in the special care unit last week after the newborn intensive care unit (NICU) started restricting visits to only one parent.

The University of California has a similar system in place, called FamilyLink, that it launched in 2014. FamilyLink allows parents with newborns that need long-term hospital care to return home to care for other children, or go back to work while still monitoring their sick children from afar.

Though impersonal, and far from ideal, remote interaction still allows parents to form a bond with babies.

A 2017 study of 33 parents with premature babies showed overwhelmingly positive results for bonding via webcam during newborn isolation periods. Parents cited “enhanced feelings of closeness and responsiveness,” as well as to their “emotional wellbeing” and “physical recovery.”

As hospitals enforce strict rules, parents are using FaceTime to see their newborns on CNN