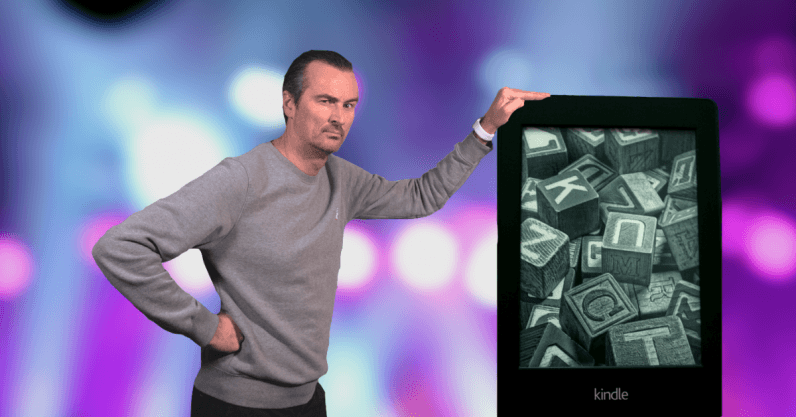 On January 1st, 1997, Nicolas Negroponte emailed a column to Wired Magazine in which he outlined out a vision for the future of books. I read that column and remember being inspired but also impatient because it was talking about a distant future. Here’s a quote from the column explaining how he thought digital paper might one day work:

“…imagine stuffing them with ping-pong balls one one-thousandth of their normal size, black on one side and white on the other. Then add some lubricant. Assuming you can control the rotation of the contents of each capsule – independently, electronically, and with the knowledge of where it’s facing – you have electronic and reusable paper.”

Negroponte was a visionary, but wrong about the timeline, which you can clearly see later in the same column:

“My grandchildren and Joe’s children may carry around a single volume containing a whole library of books.“

Not only his grandchildren, but also his children, and even Negroponte himself now surely read their books on a Kindle or other digital book reader. Yet, when I read that column in 1997 I felt he was overly optimistic. Digital paper seemed as futuristic as flying cars or artificial intelligence. Now I have a Kindle in my laptop bag that I paid around a hundred bucks for, and it’s so light and small I can always keep it with me. The battery lasts a month, and I have close to a hundred books on it, and access to 500,000 books at any given time in any given place. The future arrived a lot faster than Nicholas and I imagined.

Now let’s assume in 20 years we look back at today. What technological trends are we talking about that we don’t really see being used in practice, and which will potentially arrive sooner than we think? Let’s look at three of those: self-driving cars, augmented reality, and artificial intelligence.

We’re now living in a time where the world is optimized around technology from the past, even though we all see the technology of the future being developed. Every major technology company, and most traditional car companies, are experimenting with autonomous vehicles. Despite us knowing all about it, we hardly know how to use that knowledge to make a prediction about the future. Now, look out your window: how many cars do you see? How is your city organized around cars? What do you smell? Within 20 years — which seems far off, but really isn’t — all of that will change.

The question now is, what will change in the periphery? We can’t all start building autonomous cars, but what industries will be impacted, and what new business models will appear, if the world moved to self-driving cars? To help you think about this; I remember an investor who predicted more demand for bubble wrap (or, more generally, packaging materials) as ecommerce would take off. What investments, or hedges, would be interesting today if we knew cars were going to disappear? For example, it might be smart to invest in parking spaces outside of cities where cars could drive themselves at night to get charged and cleaned.

Now before you start buying empty lots, go short on car companies, or invest all your money in Uber, Google, or Apple, it might be worth mentioning an autonomous car might be as futile a development as a horseless carriage. It might be that all the signals are wrong and in 20 years cars no longer exist and we all move around in autonomous drones, or self-driving electric bicycles.

Do you remember the hype around Google Glass?

Now I know that Google Glass is still around, and apparently quite successful as a B2B product, but I’m referring to the cultural phenomena of people walking around with smart spectacles. Google Glass as a consumer product was clearly too little too soon. In that sense, it reminds me of the Microsoft Tablet: ahead of its time, an interesting concept, and a failed but innovative attempt at introducing a new product category.

It’s also something we can use as a template for augmented reality. Isn’t it predictable that Apple or another company like Amazon or Microsoft will take the Google Glass concept and re-introduce successfully? My (figurative) money is on Apple. They have the software, they have the installed base, and they have experience with creating wearables like the Apple Watch and the AirPods.

It makes sense for them to come up with a stylish and useful extension to their current product offering that will be widely disregarded when they launch and frowned upon when first seen, and then it will take over the world and sightings of Apple “EyePods” will be as normal as seeing white earphones. I don’t think this will take 20 years, but rather three to five years. Unlike with autonomous vehicles, the technology is already here, we’re just waiting for a company that can make a product cool enough for people to start wearing it.

There’s no intelligent computer singing songs about their inception date yet, but AI is already here and is even probably already ‘thinking’ for you in the palm of your hand. What we haven’t seen yet is a magical demo of intelligence by a computer.

Arthur C. Clarke once said that “any sufficiently advanced technology is indistinguishable from magic.” Although I have immense respect for Arthur C. Clarke I also respectfully disagree. Technology tends to incrementally improve, and as soon as we get our hands on advanced technology we quickly see it as logical and inevitable. Nobody is surprised about the fact that smartphones now come with gigabytes of memory, have neural chips embedded, and screens with resolutions so high you don’t see the pixels that make up the image.

It all seems logical, inevitable, and to most people even boring — at least not what they would define as ‘innovative’. I predict in less than 10 years we will have artificial intelligence impacting every part of our lives, and 95% of it we won’t even notice, much less find remarkable. Our emails will write themselves, our computers will do our work for us, information will be delivered at exactly the moment we need it, and our homes, offices, and transportation modules (whether it be cars or drones ) will all adjust to us automatically.

It will be like the future, except we will be living in it.

Read next: Crackdown 3 is like a sugary treat with no filling