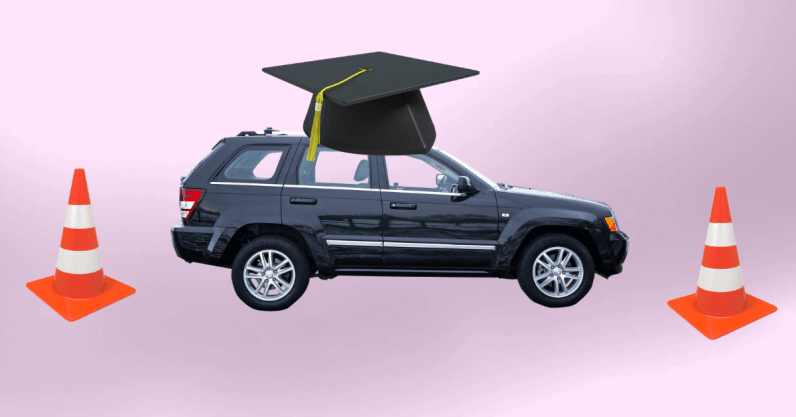 Utopian fantasies centered around miraculous autonomous cars have existed for some time now, but recent developments in the automotive industry have led to an unprecedented amount of hype surrounding these cars of the future.

Despite the fact that self-driving cars have made some notable gains over the past few decades, we still have a long way to go before they can hope to become commonplace throughout the world. As a matter of fact, we may need to embrace a new concept of robo-driving schools.

Here’s why I think we need to put our self-driving cars through robo-driving school, and what else needs to be done before society can safely embrace this new method of transportation.

“Self-driving” can be confusing

I don’t hate self-driving cars, I just find it incredibly frustrating that society can’t seem to arrive at an agreed-upon definition for what’s an autonomous vehicle and what’s a human-piloted one.

In this day and age, our headlines are constantly bombarded with news about companies like Tesla, which are paving the way towards a whimsical future where everyone will have an intelligent, autonomous car that’s connected to every other gizmo they own. Behind all the glitz and glamor, however, self-driving cars are still in their infancy, and still need dire amounts of human oversight.

When people talk about “self-driving” cars, much of the public imagines a fully autonomous vehicle not dissimilar to something they may have seen in a Hollywood movie; they expect these self-driving cars to park themselves effortlessly, seamlessly transition from highway speeds to suburban cruises, and detect any obstacles in a parking lot with ease, all single-handedly managed at once by the car!

In reality, our “self-driving” cars can usually only do one or two of these things, and even then, often require tremendous amounts of human oversight. Can you imagine someone leaving the new paint job of their precious Porsche entirely in the hands of a computer?

A gap of misunderstanding

Right now, there’s a huge gap of misunderstanding that we need to overcome if self-driving cars are ever to become a reality. According to information compiled by AAA, about 40 percent of Americans believe that driving systems with such things as “autopilot” in their name are entirely self-sufficient, when in reality most modern autonomous vehicles still need drastic levels of human oversight. Currently, consumers just don’t understand the products being peddled to them, which helps produce more disillusion and chaos whenever an accident with a self-driving car is reported.

I think we can overcome this problem with robo-driving schools, or a society-wide effort to retrofit our current drivers-ed programs so that they more accurately reflect modern roadways.

Students who are just learning to drive and children who will be behind the wheel in a few years’ time should be introduced to a realistic, representational idea of self-driving cars at an early age. We don’t even know if autonomous cars are truly safer than humans, but at the very least we can start a discussion on this topic at an earlier age than we do now.

Robo-driving initiatives that are tasked with educating the public about autonomous vehicles will be necessary as time goes on, especially as the trucking industry embraces the principle of driverless vehicles sooner than most other facets of society.

Trucks make up a huge amount of traffic on US highways, meaning the introduction of endless droves of self-driving trucks is something that rookie and veteran drivers alike will soon be dealing with. Shouldn’t be get a head start on addressing this problem now, rather than letting it cost us human lives in the future?

We need to make our roads safe for whatever comes next

Regardless of whether self-driving cars become the dominant method of transportation within our lifetimes, I think it’s imperative that we start making our roads safer for whatever comes next. Love them or hate them, autonomous vehicles are here to stay in one form or another, and if they don’t become everybody’s personal taxicab then at the very least they’ll populate our highways and country roads in the form of automated trucks and tractors. This idea isn’t too far-fetched, either; self-driving trucks are already making deliveries on routes between California and Texas, which is no small feat.

Can you imagine the panic of a new driver when they’re confronted with the fact that the big-rig they’re pulling alongside of on the highway doesn’t have a human face and conscience behind the wheel? Every veteran driver has dealt with the discomfort of being in an uncomfortable spot on the road at a high speed; your stress level goes up, your heart starts beating, and you start hoping that the other driver “knows what he or she is doing.” When I start to ponder a future where the other driver isn’t a human, I sometimes get more worried, not less.

Our society doesn’t have to be taken by surprise when self-driving cars and trucks become the norm; if we embrace the concept of educating people about robodriving sooner rather than later, we’ll all be better off and more capable of getting to where we need to be.

Ignoring this problem will only result in more roadside fatalities and exuberant infrastructure costs to society. Rather than belittling self-driving cars as a fad or worshiping them as the next big thing, we should all be unified when it comes to learning more about them and dispersing that knowledge to every driver.