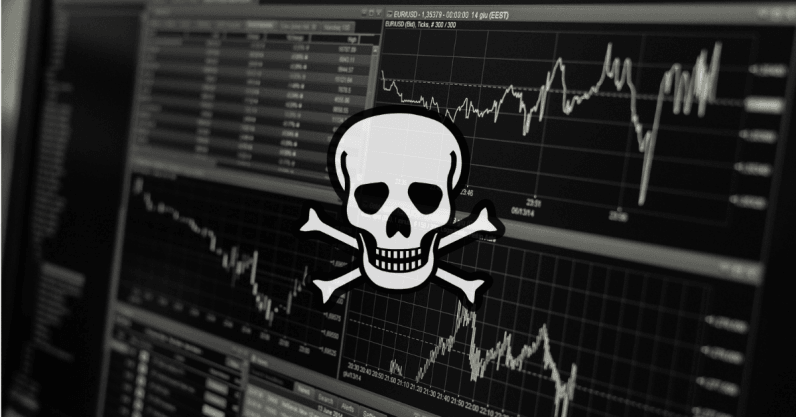 Alphabet (Google’s parent company), Facebook, and Netflix are similarly dominant over the S&P 500, together providing an enormous proportion of the technology we use on a daily basis and influencing the direction of the entire stock market.

These companies certainly deserve praise, and they’ve been able to accomplish a lot over the past couple of decades, but we’ve dangerously overvalued these companies, and in the process, have set an unrealistic expectation for how technology develops. We’ve taken the exponential growth of technology (and tech stocks) for granted, and real results can’t keep up.

If this trend continues into the next year and/or next decade, things are going to get even worse — with more dramatically missed consumer expectations, and an even bigger gap between perceived and real values in the tech sector. Ultimately, that would lead to worse economic performances from some of the biggest tech companies on the planet, underwhelming levels of innovation, and if we’re not careful, a full-on economic recession.

Earlier this year, it was estimated that tech stocks were trading at an 11 percent premium, compared to other stocks on the market. In other words, with all other factors considered equal (including stats like revenue and trading volume), tech stocks are priced 11 percent higher.

Among some companies, the disparity is even greater. Take Amazon as an extreme example; at a share price of $1,755 as of the writing of this article, the P/E ratio for the tech giant is a whopping 98.42; in other words, the price of the stock is 98 times higher than the relative earnings per share of stock. The average P/E ratio in the market is somewhere between 20 and 25.

Part of this specific example is due to Amazon’s tendency to continuously funnel money into long-term investments, which makes investors willing to pay more. But on a broader scale, this tendency arises from the fact that we’ve come to expect enormous growth in the tech sector. We’ve learned that innovations come quickly, make lots of money, and are on a seemingly infinite growth trajectory.

For years, this mentality has paid off for tech investors, who have seen above-average returns on their favorite tech stocks. The problem is, that exponential growth can’t possibly last forever. While progress will always keep marching forward, it can’t possibly keep exceeding these sky-high consumer expectations.

The end of Moore’s Law

One of the best pieces of evidence for the slowdown in tech innovation is the end of Moore’s Law — the informal rule that the number of transistors on a computer chip would double every two years. This was a guiding principle for Silicon Valley for nearly 50 years, but now, engineers are seeing bigger and bigger gaps between development cycles.

We’re down to a scale of roughly 10 nanometers, which is incredibly tiny, and it’s virtually impossible to keep pace with this development any longer. In fact, Intel recently pushed back its target date for reaching 10-nanometer manufacturing even further — a target they originally set for 2016.

There are alternative methods of computing that could provide further development, but the key problem is time. Breakthroughs may now take many years to develop, rather than reliably emerging every year or two.

We can also see slowing growth in tech production and adoption in some of the most popular categories of emerging tech.

For example, take the internet of things (IoT). Back in 2010, tech optimists were consistently predicting that IoT was about to revolutionize the world, estimating that we’d have nearly 50 billion connected devices by 2020. This growth trajectory was so commonly accepted, I still occasionally hear people referencing that number.

But despite significant growth, we’re nearing the end of the decade, and we’re still shy of 10 billion devices — with new 2020 projections only predicting 20 billion. Now 20 billion is still a lot of IoT devices, but it’s only 40 percent of what early optimists — the ones lusted by the prospect of exponential innovation — were expecting.

Then, of course, there are self-driving cars. Despite the presence of some limited self-driving features in modern vehicles, we’re still many years, or even decades, away from fully autonomous vehicles shuttling passengers around major cities — and this is a project that’s been underway with one of the biggest tech companies in the world since 2009. After nearly a decade of committed development, the technology still isn’t in a place where it can be well-received by consumers and lawmakers alike.

Or take virtual reality (VR). More than four years ago, Facebook bought Oculus, the leader in VR technology at the time, for $2 billion. Leading up to and after this acquisition, all anyone in the tech world could talk about was how VR was about to reshape everything, from video games to advertising to daily interactions.

Now, nearly half a decade later, people are using VR almost exclusively for gaming, and sales are less than impressive. The technology isn’t as advanced as we were led to believe, still causing nausea for many gamers, offering a cumbersome device as its main interface, and still being too expensive for many consumers to adopt.

This isn’t to say that we aren’t making progress in these areas — just that we, as a society, have an increasingly dangerous tendency to overestimate how quickly tech can advance.

It’s also worth noting that the slowdown in progress isn’t just due to technology. Overall economic growth is slowing down as well, and that’s not necessarily a bad thing. Many economists welcome a slow, steady rate of growth — around two to three percent a year — and trying to push for more than that, or expecting more than that, can be problematic.

Strong tech companies should be able to drive more than two to three percent growth each year, but we also shouldn’t expect them to achieve something closer to 30 percent — especially when innovation and revenue aren’t keeping pace.

Are we in another tech bubble?

A major discrepancy between price and value is usually a precipitating factor for an economic bubble. I don’t think we’re in a new tech bubble — at least not yet — but we’ve set a dangerous precedent that could eventually lead to one.

As a tech optimist and amateur futurist, I get excited when I talk about VR, or self-driving cars, or IoT, and I don’t plan on damping my enthusiasm for these fields. But if we’re going to value tech companies fairly and accurately estimate their potential, we need to stop thinking of tech innovation as an unlimited series of miracles, and start bringing our expectations down to earth.

If we don’t, companies like Intel, Apple, and Amazon are going to be locked into a never-ending chore of trying to make breakthroughs where they aren’t possible or profitable — and consistently coming up short of investor and consumer demands. This cycle would result in less innovation overall, a weaker economy, and bigger gaps between real and perceived stock values, which could eventually lead to a recession.

Read next: Why designers shouldn’t bother learning to code