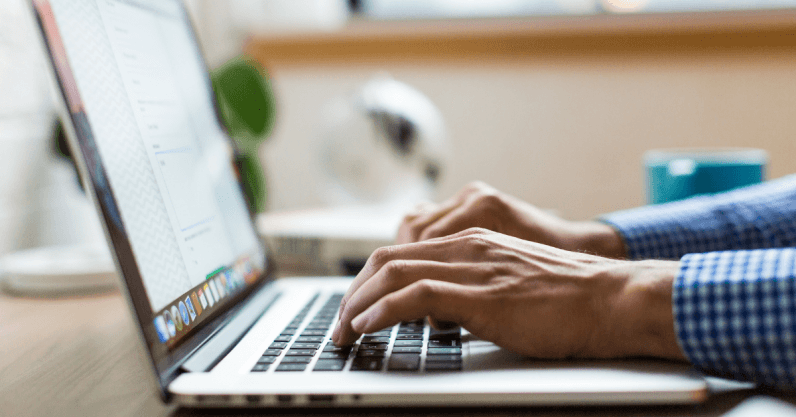 As PR professionals, we have all nearly done a good job surviving another year in this industry, and yes, I consider “you’re breathing” to be about the only standard I can hold our profession to reliably. It’s been a banner year for some of the dumbest things in public relations with blunders including H&M’s insanely racist shirt, the Victoria’s Secret CMO being a huge transphobic asshole, and this extremely ‘correct’ usage of #MeToo by a PR person.

In reality, the PR trends that were meant to happen in 2018 didn’t. Though these very vague prediction articles, built only for SEO, mostly said “you’ll have to sell PR to people” and “social media is important,” there were some very specific trends that I feel did not come true, and it’s extremely funny that they didn’t.

For example, almost every article I found said that AI would become a trend in PR, which it absolutely has not, as PR people aren’t even able to become artificially intelligent, so where would it even fit in?

Anyway, the main trends that stuck out were influencer marketing – god damn, the blogs exist! – “measurement is important,” which I believe started happening in 2008, and “content marketing,” which, again, is blogging. I dipped my head in around 20 of these articles, and every single one mentioned these random things with very little actual prediction.

So let me write out an actual series of predictions for 2019 that I think will come true. If they don’t, it’s because the fake news media won’t tell you the truth.

So I only write this one as a lot of PR people wrote in their retrospectives that paid and earned media were going to be the same thing in 2018. Jokes aside about people who only write positive things, this hasn’t happened yet in all the years that people have been desperately trying to predict this and it won’t happen in 2019.

I know PR people are so excited for the day that they can basically become ad brokers, buying coverage out of a retainer that they keep part of, but that world isn’t going to happen, consumers aren’t going to buy it. Native content is not going to swallow real content, and I hate you so, so much if you think that. Reporters still want to be treated like human beings, have stuff pitched to them that they actually care about, and yes, you still need to read their shit.

Remember in the early 2010’s how everyone was excited about rush-growth startups that had no money? Yeah, that’s gonna come to an end. Flashy startups being pitched that don’t actually make any money are going to be useless unless they have a very, very strong utility – one that any human being will immediately gravitate toward.

Without a real, meaningful path toward profit, companies are going to be called out as Charlatans and chased from the village along with the PR people that rep them.

Controversial, right? But hear me out. 2018 saw a massive drop in the amount of contributed content to outlets, as the media realized that said content was perhaps free for a reason. Editors suddenly realized that having the CEO of Bumbus.io write 5 ways in which your engineering stack was going to change thanks to mother’s day wasn’t actually driving clicks, and served only to entertain the person writing it and keep their PR firm hired.

This isn’t to say it’s going away completely, but contributors’ programs have all but shut down across the media, leaving the paid-for Forbes Councils and a few editors that check their emails all at the same time precisely once a day at 2am Pacific Standard Time.

The stupidest part is that offering this as part of a PR firm package isn’t a bad idea – if you actually have something that the person can write about/be interesting about. The problem was, in a very PR industry way, lots of people decided that everyone needed a blog, everyone needed content, and everyone must be a contributor. This did not go well.

2018 was a huge year for big, awful agencies that charge you $35,000 a month to send you a spreadsheet combining to form an even bigger, more useless agency. Cohn and Wolfe merged with Burston-Marsteller, combining their lucrative client roster of dictators and oil companies with at least 300 mail merges a day. Text100, Bite and Next15 merged to make it easier to remember the name of the big firm you just fired after wasting six figures getting the world’s longest PowerPoint and exactly one media result.

These mergers are going to keep happening as the people at the top of these mid-market firms become increasingly more distant from the process, building middle-management heavy nightmare-shops that get feeder clients from people looking to fix their buyer’s remorse.

The fact that the Burson/Cohn merger happened suggests a consolidation at the top of PR – that there’s not as much money as there once was being a giant firm charging a lot for a little. We’ll see another merger, I’m sure – perhaps Qorvis MSL Group merging with another firm that worked to whitewash the Sauds – but my prediction is a little weirder.

I think you’re going to start seeing big firms buying much smaller ones – the ~15-20 people ones – out of sheer desperation. I don’t think they realize the core of their business can’t just be baked services and documents – and so instead of truly training the next generation of PR people, they’ll keep eating up smaller ones until something sticks. Or it doesn’t. Who knows. But the Fortune 500 is getting tired of spending $500,000 a year on a PR firm.

I predict 2019 will continue to have PR people write more and more awful things in such volume that you will pray that the lord above will pluck out your eyes.

Ever go to a casino? Ever see a roulette table where one guy wins once, then everyone bets on that number and loses a lot of money? That’s the PR industry and crypto. Toward the end of January 2018, I made the decision to shift our business against crypto, essentially saying we’d take only real, funded companies that weren’t doing token sales.

This was just as a few competitors chose to make entire crypto verticals of their business – just when people were beginning to think they could read the dingleberries in the toilet to say that Bitcoin would go up or Ethereum would go down, and that this was the future paradise. People still believed that BTC would hurtle to $20,000 or $30,000 a coin, making those who had invested client retainers or their own personal money or taken payment in Ethereum look like the business genius.

This isn’t me being smug, but it’s the same thing I predicted would happen when the Indiegogo and Kickstarter hype died down – PR firms would viciously weigh their businesses toward crypto as they did with crowdfunding, and when the easy money was gone so would a pipeline they desperately needed.

What used to be easy publications to pitch to were now immensely picky, and the token-based retainers that I know many firms took would be worth sweet fuck all. I nearly fell for it – a few people willing to do very, very low cash retainers and astounding amounts of theoretical titty-bucks that, when they actually arrived (after the market had crashed) weren’t worth a tenth of what you were promised.

Influencers go the way of the mommy blog

It’s influencer season, baby! That’s right, influencers, get your influencers, it’s the future, it’s going to change, and it’s going to be how you build your agency. Here’s the shocking truth about influencer relations: it’s either media relations or an ad buy. It’s another outlet to pitch. It is a YouTuber or a Twitch Streamer, and most likely doesn’t apply to your business.

2018 saw the bubbling toilet of PR insist that influencers were going to change our lives, and that we must have an “influencer strategy,” which only makes sense if you’re in an industry that’s filthy with influencers that straight up just look at things.

Perhaps it’s that PR people can’t help but make things more than they are – oh, it’s not someone who writes about sales, it’s a sales influencer – but I just don’t see anyone outside of games that has influencer specialists, unless they have a straight up budget to pay them, doing well in 2019.

This is my dark conclusion, but one I’m sure is coming. A few years ago the San Francisco Chronicle wrote a piece about how PR spending dropping usually is a sign of the tech industry’s trouble, and while I haven’t seen the former, there are definitely signs of the latter.

Tech itself has been seeing less funding on the early and mid-stage level, which means less money going into smaller PR firms. They’ve also seen layoffs on the high end – relatively stable, reliable companies like Qualcomm, SoFi, Blue Apron, and Akamai. This is gonna lead to a squeeze I actually expected in 2018 – and hey, if it doesn’t come I’ll buy you a beer.

Read next: The hardest things about learning to code by yourself  —  and how to tackle them