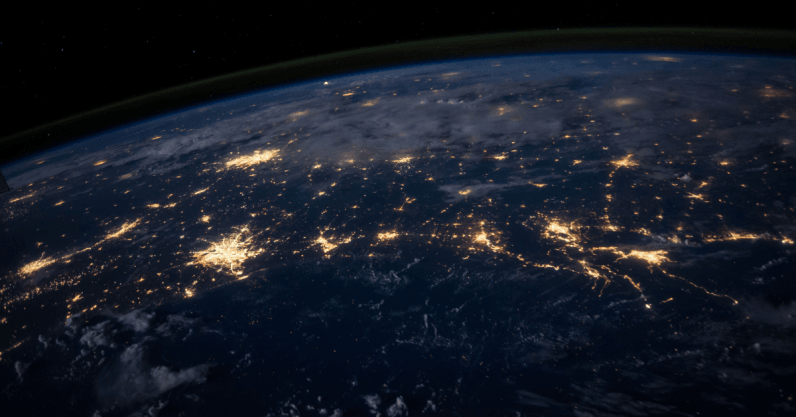 As the New Year approaches, tech enthusiasts and entrepreneurs will take a moment to reflect on what has been an eventful year in the world of innovation.

The tech universe has been rocked by big news equally scandalous and exciting – from the autonomous vehicles racing to hit the streets to the ethics of tech titans under fire – with the reverberations felt worldwide.

While stories of big funding announcements, acquisitions, gadgets, and controversies have grabbed our attention, they are in part indicative of shifts in the physical geography of the global tech scene – the rise, fall, revamping, and renewal of the world’s most impactful tech ecosystems.

Over the course of this year, my colleagues and I have been lucky enough to visit a myriad of these global tech scenes, to observe firsthand a moment in the life cycle of these ecosystems, and to report on the evolving character and advantages of each. To cap off our 2018 series of ‘entrepreneur’s guides,’ we look back at the places we saw and the trends they reflected.

In the world of tech, profound change is often, paradoxically, business as usual. And some of the cities my colleagues and I wrote about this year reflected exactly this – the continuity of well-established tech hubs that are, nevertheless, in a constant state of evolution.

London offers a perfect example. Nearly a decade ago, when a small cluster of internet startups sprung up in London’s Old Street Roundabout, Prime Minister David Cameron’s government did its part to kickstart the nascent tech scene.

The Tech City Initiative and other government programs aimed at fostering growth quickly helped draw investment from American tech giants, and the city’s never looked back since. Today, London’s digital economy is growing twice as fast as the wider economy and venture capital is reaching all-time highs.

On my trip to New York, venture capitalists and founders related to me a story of similar momentum. Those I spoke with listed the city’s countless investment opportunities, the abundance of coworking spaces, the startup scene’s dynamic connectors, and the big and small businesses forming the NYC’s symbiotic system.

New York’s tech scene has begun a new chapter of more stable growth, and at the same time there are more conversations within the government about the industry’s role. The tech world is welcome to NYC, however they need to play their part. This is the conclusion many, including New York Assemblyman Michael Blake, came to when campaigning for his next post of Public Advocate.

Toronto’s tech ecosystem, also, showed firsthand the same sort of continued prominence. Toronto has been a leading tech center for AI, and today it’s boasting the highest concentration of AI startups in the world. Now, the city is poised to break out as one of the world’s leading innovation hubs, having diversified its ecosystem and added more new tech jobs in the past year than New York and the San Francisco Bay Area combined.

Two big factors have contributed: first, the synergies provided by Workplace One, WeWork, Acme Works, and other top-notch coworking spaces; and second, the city’s ability to attract and host big-time AI, blockchain, and SaaS events, including AI Toronto, the Blockchain Futurist Conference, and SaaS Monster.

On other trips this year, we visited tech scenes that were in a state of revival. Among these were the prominent tech hubs of Spain.

Once reeling from the financial crisis, tech scenes in Madrid and Barcelona have bounced back, thanks in no small part to the country’s first class educational system. Three Spanish universities made the Financial Times’ annual European Business School Rankings top ten in 2017, and Barcelona’s IESE has been ranked the number one executive education program by Financial Times three years running.

What is more, accelerator programs like Wayra and IE Business School’s Venture Labs have helped fuel growth, and venture capital has skyrocketed.

Another once promising tech scene that’s now showing strong signs of recovery is that of Puerto Rico. Prior to Hurricane Maria, the island’s government had prioritized encouraging tech entrepreneurialism and attracting talent. Parallel 18, the government-backed accelerator program, had helped launch a number of startups and the ecosystem as a whole was beginning to flourish.

The storm dealt the burgeoning ecosystem a serious blow. But, return to Puerto Rico today and it’s evident that the collective and determined response of local entrepreneurs in the wake of the hurricane has revived the island’s potential to be a tech hub.

In addition to the well-established and revitalized tech scenes, my team and I also had the opportunity to discover some unlikely and under-appreciated tech communities that are currently, finally coming into their own.

And it’s no coincidence that those falling into this category outnumbered those cities whose reputations preceded our visits. With the continued development of communications tools and virtual workplaces, the tech industry has enabled firms to coordinate productively across regions and even time zones. Businesses, as a result, see less and less need to launch and grow in those cities and regions traditionally famous for tech.

I wrote about the tech communities growing up in Cascais, Portugal and in Bratislava, Slovakia. In Cascais, I saw up close how government initiatives like DNA Cascais support local entrepreneurship through accelerators. At the same time, conferences such as the annual Horasis Global Meeting help boost the ecosystem by drawing leading global entrepreneurs.

Bratislava, meanwhile, with a population of merely 500,000, is home to outward-focused, internationally-oriented tech ventures evidencing inspirations and aspirations on a global scale. Among them, futuristic Aeromobil and the navigation app Sygic have helped the country rank disproportionately high on the Inc 5000 Europe list of Europe’s fastest growing private companies, with 107 homegrown enterprises featured.

Ottawa and Lima, while still in early growth stages, are drawing strength from engaged startup and entrepreneurial communities, as well as the full support of their local and national governments.

The initiative Startup Peru planned to provide funding to more than 350 local startups by the end of 2018, while the government-backed Invest Ottawa offers an accelerator program, organizes conferences, and helps entrepreneurs find funding.

Last but certainly not least is the case of Mexico City, which over the last half-decade has witnessed both a cultural renaissance and a major revamping of the city’s economy.

Placing faith in the potential of a technology-driven economy, a budding tech ecosystem grew up fast, feeding off an abundance of talent, multiplying funding opportunities, and a location whose advantages can’t easily be exaggerated. And startup success stories like that of Conekta, Konfio, Kueski, and Clip – which have each raised millions in funding – are a testament to the ecosystems growing strength.

As the global tech industry continues to disrupt itself, the most renowned tech centers will certainly evolve, while startup activity will inevitably spring up in overlooked cities and regions. From the streets of New York to Mexico City, entrepreneurs are continually searching out fertile ground where their ideas can take root. And with the tech landscape in constant flux, taking a closer look at world’s innovation ecosystems, old and new, is essential to understanding the promise each has to offer.

Read next: Now's the time to bridge the gap between female health and technology