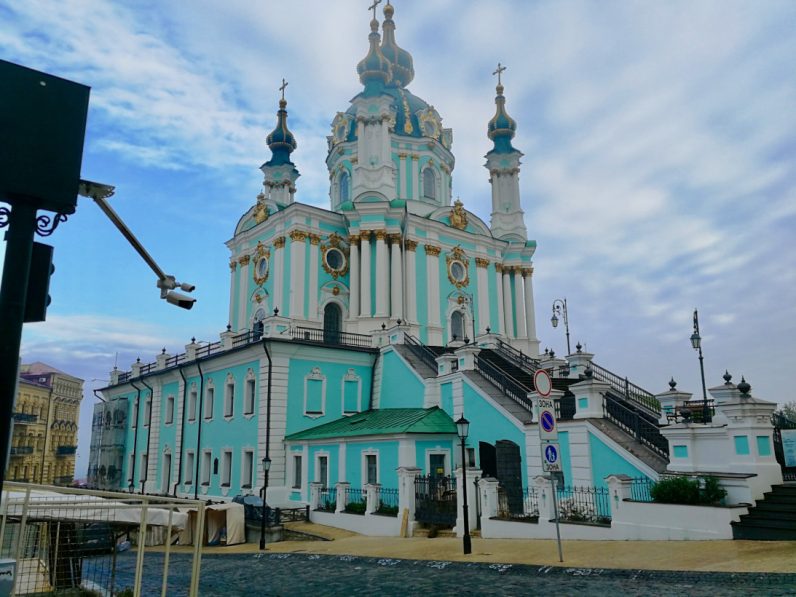 Since my last trip to Ukraine in 2017, the country’s intoxication with the startup bug has grown, driven by local success stories such as Grammarly and GitLab. I returned to IT Arena in Lviv this year (on the Polish border), where last year conversations typically turned to Ukrainian entrepreneur’s inadequacies.

This year was different, with more international attendees, speakers, and exhibitors, the conversation had moved beyond being just “great engineers” to vastly improving their communication and marketing skills. Noting this new confidence, this year I decided to dig further and visit two other success stories in Ukraine’s capital, Kiev.

Nestled in the western suburbs of Kiev, surrounded by streets of tiny, busy shops is a gamble for Ukraine’s entrepreneurial future.

UNIT.City is an ambitious project funded and managed by UFuture. There are half a dozen buildings that form the innovation park, with more in progress. UNIT.City consists of a large cafe, a school (based on the French School 42 model), co-working, and an office complex. UNIT.City has a newspaper and radio station, regular events, a fab lab, a VR/AR lab and a resident cat who suns itself in the main square for most of my visit.

The final aim of the hub is to be something of an immersive environment for Ukrainian entrepreneurs, with living quarters, a hospital, offices, restaurant, child care, and more. Even at less than 50 percent complete, it’s still impressive, and larger than anything I’ve seen in Western capitals. Isolating itself from the surrounding chaotic streets and Soviet-style blocks with a large secure fence, I couldn’t help wonder if it might be too immersive.

Backed by a commercial investment company, with no government aid, UNIT.City makes revenue from rental charges for offices, and asking (it’s unclear how strictly) that graduates from the school (UNIT Factory) keep their knowledge local and work for three years in Ukraine, preferably starting or joining existing businesses in UNIT.City. Less than two years in existence, its success is hard to measure, and with phase two already delayed, the future is also unknown.

The next day, I visit the offices of MacPaw, possibly now (behind Apple) the largest Mac software company in the world. Their office is in a building named “Toronto,” across the street is “New York,” and a few doors down is “Chicago.”

To match the company name are two office cats who have their large rumpus room and Slack channel to track them down. Joining other local success stories, MacPaw received several awards in the past year, including the prestigious red dot award for design in 2017 and has experienced global success with their groundbreaking SetApp Mac subscription service.

If you ever find yourself in Kiev, then visit the office, as also inside is one of the largest private Apple museums. Full of devices from the company’s history, including a Newton, Mac clones, an Apple II and III, every iPhone, are at least five devices I owned in my 20 year Mac history.

Ukraine stands 114th in the rankings of GDP per capita according to the IMF, but the disparity in the population is stark. When I last visited, I was collected in a Maserati, and we hurtled down unmade roads overtaking horse-drawn carts. The average monthly wage is just over €290, but everywhere you see people chatting on the latest iPhones (€640-950) and Airpods (€160).

There’s an argument that those with little to lose, learn to adapt quickly. After years of institutional corruption, a growing but unstable economy, and increasing regional tensions, perhaps the entrepreneurs of Ukraine are in precisely the right time and place they need.

My full gallery of photos from the trip.

Read next: The internet is toxic because humans are toxic