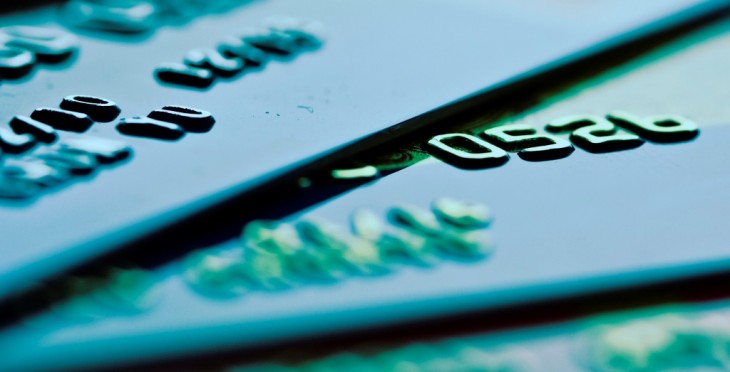 Since 1989, people and businesses in the United States have relied on the FICO credit score as an indication of trustworthiness for any given person. Reported by each of three major credit bureaus, a person’s score can be calculated based on their payment history, their current debt burden, the length of their credit history, the types of credit used, and a handful of other factors. In general, it’s been helpful for lending institutions, to calculate the risk of a given lender. And it’s been a helpful gauge for individuals to determine their financial health—and get it back on the right track.

But today’s world is dramatically different from the one we knew in 1989. Accordingly, it’s time we updated the standard model for credit scores.

The biggest problem with today’s credit scores are the limited inputs with which they’re calculated. Despite being a number that ranges from 300 to 850, your FICO credit score is only attributable to five key variables:

Today’s technology has made it possible to make determinations based on hundreds, if not thousands of variables. We have access to big data technologies that combine everything from the videos you watch on YouTube to the pages you like on Facebook to create individual profiles for targeted advertising. And if advertising companies are able to understand who you are, fundamentally, as a person, with (dare we say) nuance, why can’t your banks?

Think about how many other variables could be used to determine whether or not you’re a financially responsible person. And if you’re having trouble, you could ask your auto insurance company; most insurance companies incorporate dozens, if not hundreds of factors into their risk evaluations, even considering what types of grades you got in school and your relationship status to estimate your likelihood of being involved in an accident.

For example, if you’re a regular contributor to the 401(k) provided by your workplace, you’re probably more financially savvy and responsible than someone who opted out. If you have a spouse and child, you’re probably more concerned about your finances than someone living alone. If you live on far less than your annual salary, you should have a larger credit score—but you might not, if you haven’t accumulated and repaid debts on a regular basis through the standard lending channels.

Credit scores are also a problem because they lead to binary lending standards. Most financial institutions are large, and are forced to make numerical decisions when it comes to how they lend money—and whom they lend that money to. From a logical perspective, this makes sense; you have to draw the line somewhere, so it might make sense to stop approving people for loans if they fall below the 550 threshold.

In practice, this inevitably leads to borderline nonsensical situations. Someone who has displayed little to no financial responsibility, yet has still retained a credit score of 551, could qualify for a loan they can’t possibly afford. On the other end of the spectrum, someone with a score of 549 who’s in the process of putting their life back together, with a good job and a history of reliability, might be rejected, with no recourse.

The financial health of a human being is too nuanced and too complicated to reduce to a single number—and loans (like student loans, mortgages, and business loans) are too important for an individual’s future to leave to such a simple calculation.

The path to credit history

We also need to keep in mind the difficulty of building credit if you’ve never had a credit card, or if you’ve never opened a loan in the past. Today, nearly two-thirds of adults aged 18 to 29 don’t own a credit card, meaning they’re facing a short and limited credit history. Regardless of how likely they are to pay back a loan if they took one out, they’re going to face a low credit score, and be rendered ineligible for major loans.

Many millennials opt not to open new credit accounts, or use the ones they have, because they understand the negative consequences of compound interest, or because they’ve witnessed firsthand the dangers of buying more than you can afford (in the 2008 financial crisis). This is, in many cases, a demonstration of financial knowledge and responsibility, yet leads people to have lower credit scores as a result.

We’ve established that credit scores aren’t the best way to track an individual’s trustworthiness, and shouldn’t be used as the sole determining factor in whether or not to give a loan—or at least, they’re outclassed by high-tech alternatives.

The simplest answer is utilizing a system that integrates more consumer data; doing so would inevitably require a few privacy compromises, but it would give us a much clearer picture of the fiscal responsibility of each American citizen. We could start by tapping into a person’s app usage. For example, we could use data from a payment processing app like Venmo to see how responsible a person is for paying people back, or an app like Acorns to see if a person is planning ahead for their financial future. Integrating more calculations into a baseline credit score could result in a fairer, broader representation of a person’s financial reliability.

The next step would be allowing financial institutions to make more refined decisions. Rather than blocking people into one of five different categories (like “good” or “excellent” credit), we could group them into gray areas that force banks to do a little more digging before they make a final decision, relying on multiple sources of data, including qualitative ones.

There isn’t a single answer for what should replace today’s credit scores—because part of the problem is that we’re using credit scores as a single, narrowly defined metric. We have the technology to make more complex determinations, so it’s time we started using it.