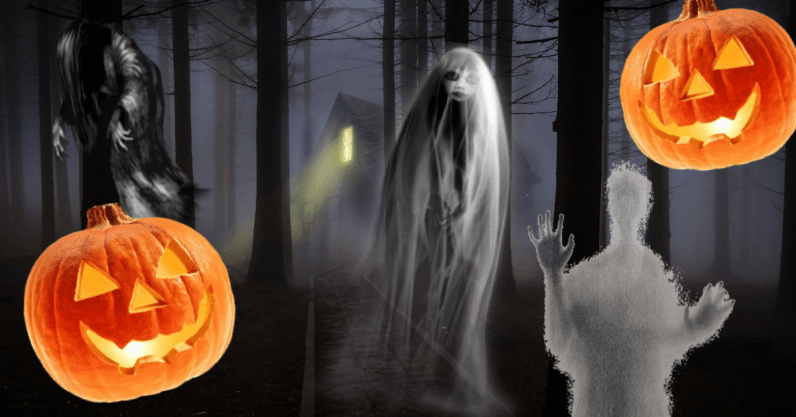 It’s that time of year when humans as well as their pets dress up in Halloween costumes and discussions around trick-or-treating, candy, and of course, paranormal entities take the limelight.

I wanted to get into the proper holiday mood, and we all know nothing does the trick like a good ol’ data analysis and visualization.

The US spends $9 billion each year on this second highest commercial holiday, so I thought it’d be interesting to find out how topics such as haunted places, spirits, and mysterious creatures have been ingrained in various cities — and to find the ‘spookiest city’ in the US!

That was my poor attempt to set the mood for this spooky study. Now, let’s first understand the data, our goals and then, I’ll move to the visualizations.

The data used for this analysis was extracted from Shadow Lands which has a great index of haunted places. Locations where “ghosts and hauntings” have been witnessed are included in the list and people can report new sightings through the website — which is surely an extremely accurate and scientific method.

I’m looking to get to the bottom of the ‘spookiness’ question for Halloween’s favorite country, the US, so our data set is only focused on the 11,000 haunted places listed in the US, which all include the following data fields:

So, what exactly are we planning to uncover? Check out the following to understand:

Let’s get cracking then.

Out of 4,356 cities listed on the site, Los Angeles, San Antonio, and Honolulu are the ones that have the highest number of haunted places. I used the ‘city’ data field present in the data set to arrive at the number of occurrences and created the chart given below to show the top 30 cities.

Coming back to LA, the following locations have the most number of references: ‘Boyle Heights’, ‘Loyola Marymount University’, and ‘Occidental College’. Specifically, Hollywood has 25 references and Universal Studio features twice in this list. So be careful out there.

If you’re afraid of ghosts, then you might want to move to Montana, Delaware, or Alaska as they are the least haunted states in the US.

We have already found out the ’spookiness’ of the states and cities based on the number of haunted places (which is of course 100 percent factual and based on years of scientific research).

However, visualizing the data on a map adds further clarity. So, in this section I’ll create a heatmap of the United States by using the latitude and longitude data in conjunction with the count of the haunted places.

Oh wow, this is really scary.

Now it’s clear where spooky things happens, but how is it spooky?

In this section I want to find out the most frequently used words present in the description text of the dataset. I used text mining techniques available in R (programming language for statistical computing and graphics) to create the following word cloud which shows the top 300 terms.

Relationship between words in the description

Although we figured out the frequently used words, it’d be much more insightful if we could find out the relationship between the words used in the description texts. I’ll take the help of tidy data framework for text mining via R to produce the visualization.

Here we will focus on bi-grams (a pair of consecutive written units) and visualize the relationship via network graph. Bi-grams are particularly interesting since they allow analysis of sequence of words and their underlying connections.

This network graph shows some interesting connections. For instance, there’s a cluster of words related to soldiers and civil war. This means there are bunch of haunted places that have originated from the mayhem and death caused by civil war. Close by are the words ‘wal’ and ‘mart’ — I wonder what they mean…

The larger cluster at the bottom associates ghost with haunt, hunters, and stories (what a surprise). We also see words such as shadowy, ghostly, and dark are associated with figures, which is connected to walking.

This sums up our little Halloween voyage via data visualization. I don’t know about you, but this was just the thing I needed to get into the holiday mood.

We saw that California is the spookiest state which houses the spookiest city, i.e., Los Angeles. Apart from that we uncovered the frequently used words and their underlying connections. Now it’s time for you to carve a pumpkin and study this article intensely for your Halloween party talking-points!

Read next: Surprise – Apple's Mac Mini has a new color and higher specs