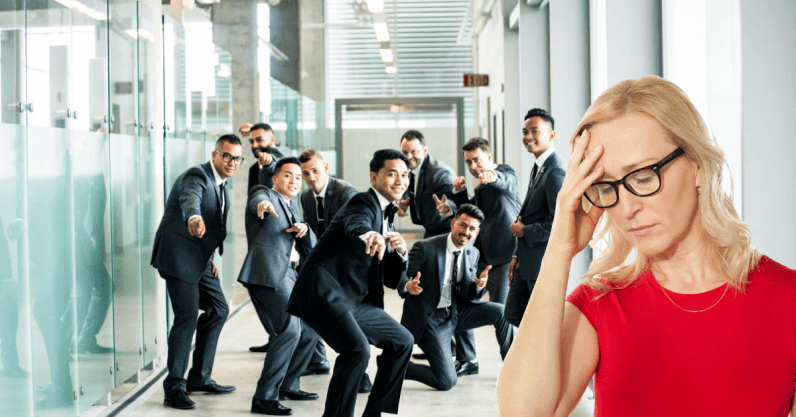 It seems like there are two words on the tongue of every tech entrepreneur, VC, or industry observer: artificial intelligence.

This is without a doubt the hottest topic in tech at the moment and this technological transformation is touching nearly every industry from automotive, to marketing, and even health.

Now, I’m not afraid of technology nor am I skeptical about the potential of AI, far from it. I’ve had the opportunity to work with multiple AI startups in my professional life and I believe this technology is going to change the world.

However, like any other emerging and potentially disruptive technology, there are a lot of startups in the space right now and that means that the potential for real tech development is clouded by claims of over eager startup founders looking to either fund their company or secure their first customers.

This general trend, which can be found with every new technology, is compounded by some truly difficult to understand and complicated concepts, which make AI more opaque as a technology than other fields. What this means, is that there is currently a great deal of hype and marketing fluff coming from AI startups.

For anyone looking to engage with AI companies, the prevalence of marketing fluff can make it difficult to move forward without stepping in someone’s outlandish claims. So, what can you do to avoid the landmines of hype littering the tech ecosystem? Here are a few suggestions:

Is there a simple idea hidden in a sea of complexity?

It may seem counterintuitive, but there is very often a simple idea hidden in complicated AI messaging. There are of course two reasons to do this. The first is to make a company’s solution sound more capable than it is, while the second is to distract you from something the company would rather avoid talking about.

The other way this problem manifests itself is in entrepreneurs trying to “sex up” their product or solution with AI terminology. One area we see this is with solutions using language processing such as chat bots or sentiment analysis.

While technologies such as machine learning are indeed used to understand language, the responses in many chatbot solutions are simple response trees – essentially not much more than a number of if/then statements.

Also, the language processing in some sentiment analysis solutions isn’t sophisticated enough to understand more complex or nuanced statements such as something being “a bomb” vs “da bomb.”

Always think about the data

AI, as it’s currently structured, is dependent on the breadth and quality of the data driving it. So, if you’re meeting an AI startup, it’s imperative that you drill down into the data. Find out how they acquired it, how they are labeling it, and exactly how they plan to use it.

There is also the issue that more and more frequently, companies are simply outsourcing the process of either acquiring or labeling data. Some are even predicting that data annotation may emerge as a leading new profession in the coming years.

In the world of AI, data is king. As such, I would recommend anyone looking to invest in or partner with an AI startup to explore whether they own their datasets. It is a key differentiator and a unique advantage for a startup to own their data.

AI algorithms are trained on a specific data set and can become quite efficient at detecting or identifying data in that domain. However, that doesn’t always translate to other topics. If you’ve trained an algorithm to identify cats based on cat pictures, the algorithm will be biased towards cats.

For that data set, everything boils down to cat or not cat (free life tip: the answer is always not cat). This may seem like a stark example, but AI startups will often try to push their algorithms beyond their capabilities and don’t make an honest accounting of their built-in bias.

Don’t fall into the trap

Even more concerning than this is threat of human bias. The data we use to train AI will ultimately determine what kind of results it produces.

Unfortunately much of the source data produced today suffers from the same racial and gender biases inherent with all humans. Just take a look at this example from a year ago on GitHub.

This AI used data sources based on news articles and web pages and unfortunately associated names with negative sentiments if they were identified with minorities. This is a challenging topic and anyone working in this space needs to be aware and consider.

Don’t be a brain seeking zombie

It sometimes feels like there are a lot of zombies in the tech space, desperately hungry and mindlessly searching for startups with AI brains. Here’s my tip, if someone says they’ve built a brain, run as fast as possible in the other direction.

AI algorithms are not brains, they don’t work anything like a human brain. It makes sense that people would make this claim. If someone had really succeeded in building an artificial brain it would be incredibly valuable, but we’re just not there.

Beware of better, faster, smarter algorithms that probably aren’t any of those things

One of the most frequent claims I hear from startups is that they’ve somehow managed to build a more advanced AI algorithm than anyone else, even the massively funded tech giants who are leading the AI space.

Now, don’t get me wrong – a small, nimble startup still has a lot of value they can bring to the AI space, but I’m skeptical that they can invent some radical new AI technology that the giants haven’t been able to.

What’s more likely is that startups can focus more closely on individual pieces of the puzzle and provide that solution for others. It’s that sense of focus and specialization that is likely to help startups compete.

One final warning, and this one is especially important for AI startups themselves. Don’t buy into your own marketing claims, or even better, avoid them the first place!

Tech companies are often told to eat their own dog food, i.e. use their own products, but that doesn’t mean you should buy into overly bold claims put forth in your pitch to investors and partners.

I understand the temptation to make these claims about the capabilities of your AI solution, but don’t go too far. It’s easy to cross the line into pure hype.

At this point, you might be drawing the conclusion that I was lying before and that I really am skeptical about AI and startups working in the space.

As I said before, that isn’t the case. I’ve met incredible startups with real solutions, and I understand that AI technology is going to usher in profound changes. However, like with any other disruptive technology, a lot of entrepreneurs are going to try and ride along with this wave.

That’s why it’s so important to learn how to filter out all of the hype that’s out there, otherwise you might waste time or money on a fluffed-up solution. Or maybe not.

Perhaps we should all just wait for the AI algorithm that can do it for us. So, if you have access to a data set with lots of hype, drop me a line.

Read next: Get over 900 courses with eduCBA's professional training for $49