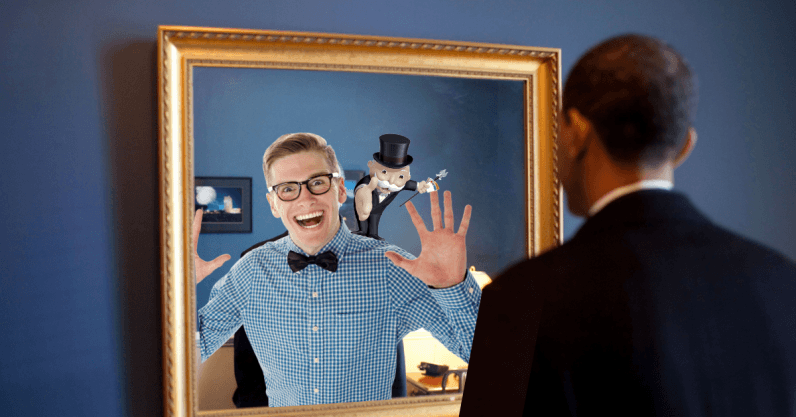 When Adam Smith, champion of capitalism, wrote The Wealth of Nations in 1776, he could not have foreseen that someday many of the world’s biggest companies would be giving away their services for free.

Costs are rapidly approaching zero across a wide range of services as we drift further from a society focused on money and traditional economics to a digital-heavy culture that demands free apps and 24/7 access to information. In lieu of dollars or euros, companies are bargaining for people’s attention — and data.

This zero-cost model is breaking the way the economy has been studied and measured since the Industrial Revolution. In price-equals-zero situations, typical markers of a market’s success or failure fly out the window. Signifiers such as gross domestic product and inflation become irrelevant when supply is based not on dollars but on human behavior.

In a typical zero-cost product model based in the digital world, the marginal cost — the cost to create one more user, record, or relevant digital morsel — approaches zero. That allows for an option to also set the price as close to zero as possible with the goal of generating as much buzz and capturing as much consumer attention as possible.

When that attention becomes large enough, it can be monetized. Beyond creating revenue through advertising, companies can also monetize consumers’ data. The result is that we’ve effectively returned to the barter system, but instead of exchanging chickens and corn, it’s an exchange of digital bits.

This price-equals-zero model is not necessarily a new paradigm in our modern economy. Broadcast television, for example, was and is relatively free for just these reasons, and industry careers live or die on viewership ratings.

But what is new is the degree to which this model has infiltrated almost every aspect of the average person’s life, thanks to the home computer being used more for entertainment and social communication, and mobile devices allowing control and monitoring of one’s entire life.

From consumers’ point of view, price-equals-zero products are often simplistically hailed as a win-win. After all, consumers can receive messages, maps, product reviews, videos, task lists, and much more at virtually no monetary cost.

But that deal is more than consumers bargained for. In a zero-cost economy, our human behavior is what sells us out. As consumer attention became more valuable, companies have started using principles of psychology to hook people to their websites, apps, and games.

Sean Parker, an early investor in Facebook, says the social media groundbreaker was designed on principles of hooking people through encouraging addictive behaviors and sweeping consumers into a habit-forming social feedback loop. For another example, look at the way the gaming industry has successfully tapped into addictive behaviors and triggers to keep players engaged for hours on end.

All this economic movement toward attention-based zero-cost models would have been likely enough with just computers and laptops at play, but once smartphones allowed that constant interaction with these digital products, the lock on the consumers’ minds has become viselike.

If we follow this approach to its logical conclusion, we have not only upended traditional economics, but we’ve also challenged our understanding of monopolies. It’s a whole new era for monopolies, one built on our attention.

The “Frightful Five“ digital giants — Apple, Facebook, Microsoft, Amazon, and Alphabet, Google’s parent company — were built to a significant degree in response to our love of low-cost or free services.

Basing their growth on the psychological rules of how to hook in users was effective enough, but because they can offer so many of their services for free, competing with these Goliaths becomes next to impossible.

Not only does the zero-cost market bring the momentum of consumerism for these tech giants to an all-time high, but it also gives them the leverage to buy out any competitors who have been taking up too much of their customers’ attention.

Typically, economists regard monopolies as dangerous because they are bad for consumers: The companies can control pricing so completely that consumers suffer from baseless markups. This gets in the way of natural competition and capitalism which is why government deals such a strong hand against monopolies.

With this so-called benefit to the consumer giving them a free pass, the tech behemoths are allowed to freely deliver these zero-cost products that are designed to capture consumers’ attention almost indefinitely and monetize that attention and data — with very limited regulation.

The future of this new reality

We’re on the cusp of a major change in the very way we build identity. Humans have relied on the traditional values of materialism to signify identity for centuries. As the zero-cost model proliferates in our economy, materialism will become less and less relevant.

The biggest parts of who we are will be conveyed by where we choose to spend our attention and time — not by our possessions. Our tribes will be determined not by the brands we follow or products we use, but by the online communities and social platforms we associate with.

To some extent, this identity shift already feels familiar. Take social platforms such as Instagram, Snapchat, and Reddit, for instance. Each platform claims the attention of a strong, loyal community. But these communities proudly self-identify in ways that differentiate themselves from one another.

When the attention economy becomes the most powerful force in society, it will change the nature of how we express who we are.

Read next: We shouldn’t market to people’s past — we need real-time, location-based strategies