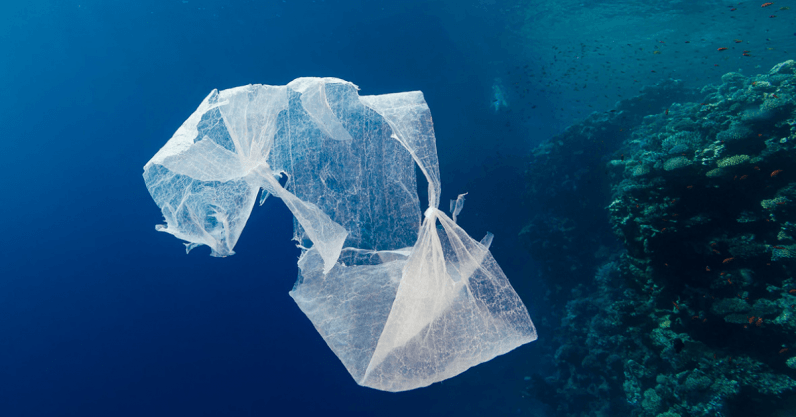 Picture yourself sailing over the ocean blue and coming across a patch of plastic garbage that is twice the size of Texas. No, this is not the setting of some post-apocalyptic thriller.

Discovered in the early 80s and now referred to as the Great Pacific Garbage Patch, this 600,000 square mile stretch of ocean between Hawaii and California is the world’s largest accumulation of ocean plastic.

When you consider the vastness of the ocean — all 140 million square miles of it — it’s unsettlingly easy to see why this “garbage island” has historically been impossible to keep close tabs on (this is a common excuse for other environmental risks and challenges as well). Luckily for us, that can all soon change.

But it will mean putting even more plastic, in the form of devices, into our ocean.

The shrinking costs of data transmission and Internet of Things (IoT) devices such as sensors and control systems have allowed for an increased number of fixed and mobile sensors to be used for all aspects of environmental observation — including ocean observation and analysis.

While such observation and analysis can’t in and of itself stop contaminants from entering our oceans, they can provide a watchdog eye — the likes of which we haven’t seen before. These new set of eyes, literally millions of them, may be the key to saving our seas.

The garbage patch I mentioned represents only a fraction of the hundreds of thousands of tons of plastic drifting atop the world’s oceans. It’s been estimated that around 8 million metric tons of plastic garbage enter our oceans every year, along with 706 million gallons of waste oil.

Then you’ve got periodic catastrophes like the famous BP-associated Deepwater Horizon disaster that spilled 210 million gallons of crude oil into the Gulf of Mexico, decimating the ecosystem and nearby economies.

Those are massive figures, but it’s not only the quantity of junk entering the ocean we need to better understand, but the quality. Noted environmentalist Riki Ott put it this way:

“During the twenty years after the Exxon Valdez oil spill, scientists’ understanding of oil impacts in the natural world changed when they focused on another part of crude oil, the heavy black stuff that persists on beaches–the polycyclic aromatic hydrocarbons or PAHs. Scientists’ understanding changed when they understood that PAHs were 1,000 times more toxic to wildlife than the light ends.”

Without waste management infrastructure improvements, the cumulative quantity of plastic waste expected to enter the ocean from land will reach an order of magnitude (10x!) by 2025.

That’s why enterprises and ecologists alike are doing everything they can to improve our ability to observe, understand and improve the condition of the world’s oceans. And all parties are increasingly turning to IoT devices to do it.

Swimming sensors are nothing new

For years efforts powered by sensor algorithms such as those at the Ocean Observatories Initiative have aimed to improve the way we monitor the oceans for environmental changes over time.

The body of knowledge they’ve been collecting helps us generally have a better understanding of the ocean, but it can also help us mitigate our own impact on it.

And there are plenty of other examples:

Even earth-saving IoT has its challenges

There are two big challenges associated with using IoT to save the oceans:

The great thing about sensors is they work and are relatively cheap — once deployed they can continuously collect data without interruption for years by leveraging solar power and/or the kinetic power of waves.

That data can be mined for a wide range of uses by scientists in the private and public sector, representing government agencies, environmental NGOs, and even large enterprises with a vested (if admittedly self-serving) interest in protecting the environment.

Within that realm of “dealing with the data,” information aggregated by sensor networks can be used to identify trends using after-the-fact data mining, and to immediately notice and respond to situations of pressing concern by analyzing real-time event streams.

The need to aggregate inconceivable amounts of information into big data repositories for such analysis is effectively met by today’s big data techniques — and through various free and commercial versions of open source tools like Apache Kafka and Hadoop.

Capitalizing on high-volume event streams for immediate action is another matter, and entails streaming the data to many subscribers with very different characteristics and requirements.

That can include everything from notifying people about exceptional events via web dashboards and mobile alerts to feeding AI and machine learning systems as much data as you can throw at them so they can factor it into their algorithms to formulate automated responses.

Now for the elephant in the room (or, yes, the plastic in the ocean). The cynics in the audience are rightfully questioning whether the best solution to ocean pollution is to really put more plastic into the water. It can seem absurdly counterintuitive from their perspective, and I don’t think they’re wrong.

In fact, a third challenge associated with the use of sensors for ocean pollution is managing the life cycle of the sensors. To ensure we aren’t adding to the problem, organizations will need to work with DARPA and others to ensure that anything launched into the oceans is both trackable and retrievable. Think of it a bit like how we monitor space junk – maybe as the next frontier.

When we look back at the application and value of sensors in the physical world, it will be like comparing the internet today with the days when we worried about “Y2K.” People were aware of the internet, and the “dot com boom” was in full swing, but few could envision where we are today in terms of connectivity, community and commerce.

I’d say there’s a lot more at stake this time around. So let’s hope technology, and IoT in particular, can help save not only our oceans but the world.

Read next: Never heard of a packet sniffer? Then you need Goose VPN protection, now over 90% off