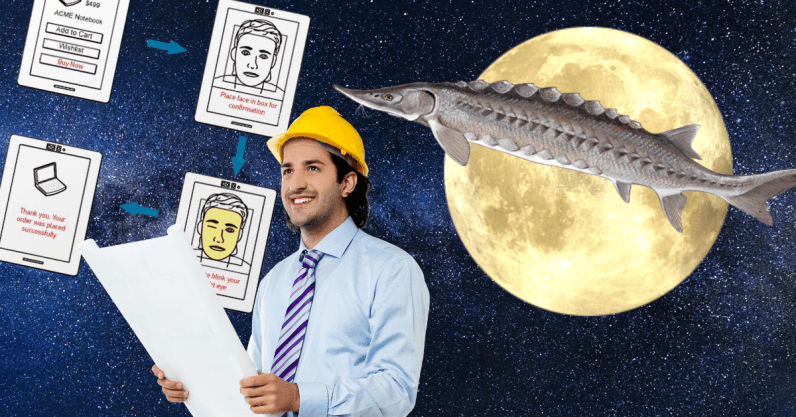 Ugh, the Gregorian calendar is so boring. That’s why we’re disrupting monthly series with a lunar cycle-based series about the best patents of the last synodic month, picked by the PatentYogi team. Get ready when that moon gets gibbous, y’all. We’re a little late for August’s Sturgeon Moon, but we’ll publish new patent round-ups every full moon.

In August 2018, the US patent office issued over 27,000 patents and published over 28,000 patent applications. Each patent asset adds a little something new to the human knowledge base.

As I cannot list all the patent assets that are filed (nobody would read that), my team and I have selected the five most interesting patent assets of August. Enjoy!

Let’s face it. Humans are forgetful. We tend to forget things in a myriad of places. Be it our homes, workplaces, or even while traveling. We are able to locate most of the stuff that we misplace in our homes and workplaces.

However, locating items left behind on public transport, or cabs can prove to be a bit more challenging. Wouldn’t it be helpful if there was a way to receive alerts if we left some of our stuff in cabs? Uber has come to your rescue.

This patent application reveals technology that will enable Uber to determine whether a passenger has left behind an object in a cab after disembarking.

If an object is detected to have been left behind, Uber will send an alert to the passenger. Uber will also alert the driver to stay at the drop-off location for a pre-set amount of time so that the passenger may be able to retrieve the said object.

During the authentication, the user is asked to perform an action, such as blink the right eye. If the user performs the correct action, the one-blink ordering system authenticates the user as a real human and processes the order immediately.

It’s well known that Uber plans to use Autonomous Vehicles (AVs) in their fleet. However, it’s challenging to use the AVs on the roads. But Uber has chalked out a detailed plan to transition from the current human-driven vehicles to fully automated vehicles. A recent patent application from Uber reveals their transition plan.

However, a level-5 vehicle will be fully automated and will come without any steering wheel, brake pedal, or accelerator pedal. Until the technology matures to level-5 autonomy level, Uber plans to use human assistants to remotely guide the AVs in their fleet.

The vehicle shares these decision options with a remotely located human assistant. The human assistant analyzes the surrounding area of the vehicle by accessing the sensors to understand the situation.

Moreover, these AVs learn using neural networks. Therefore, as these AVs ply on the roads, they will quickly learn to tackle difficult situations on their own without requiring help from human assistants. This will help in transitioning to level-5 autonomy gradually.

However, airports are the cornerstones of travel and connectivity around the world. It’s therefore incredibly important to reduce their carbon footprint. Boeing has come up with unique technology to transforms the airports into energy farms.

Boeing’s energy harvesting airports can capture and harvest the energy of the thrust operations of airplanes. Simply put, Boeing intends to use the energy dissipated from airplanes (which is currently lost to the environment) to generate electricity.

The runway surface at the energy harvesting airports includes multiple doors which are configured to open to cavities housing wind turbines. The turbines are then connected to electricity generators.

When an airplane is about to take-off from the runway, the doors of the cavities are opened to capture the thrust energy expended by the airplane. The blades of the turbines rotate and lead to the generation of electricity. The generated electricity may be used at the airport or shared with a grid.

Locating an item in an Amazon distribution center can be quite difficult due to the sheer size of these centers and the huge number of items they store. For example, Amazon’s distribution center in Dunfermline, Scotland, covers a million square feet (approximately 23 acres) of land area. That’s nearly the size of 14 football fields.

Therefore, an average warehouse worker ends up wasting a significant amount of time figuring out a way to reach a desired location. The situation is even worse for new workers.

Further, earlier this year, Amazon was criticized for “brutal” working conditions in Amazon warehouses, where workers were afraid of going to the bathroom and missing their strict targets.

Therefore, Amazon has invented wearable glasses which will automatically assist workers in the distribution centers in locating items of interest. Amazon’s wearable glasses will provide workers turn-by-turn directions right in front of their eyes in order to navigate them to an item of interest.

Amazon’s wearable glasses would enable their workers to work efficiently and effectively at the fulfillment centers.

Look out for the latest lunar cycle-based patent update every full moon. Fun fact, next up is the Harvest Moon and it’s the only full moon name which is determined by the equinox rather than a month. Most years it’s in September, but around every three years, it’s in October. This year it’ll be September 25.