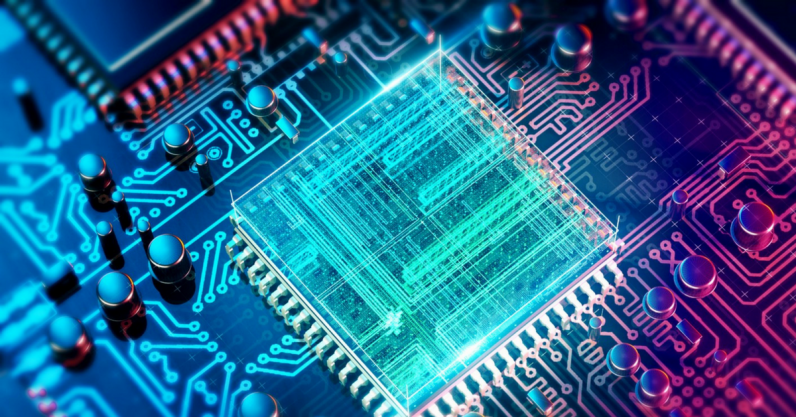 It’s clear that quantum technology promises to usher in a new era of computing. And other countries are already staking their claim, vying to be the nation that ultimately emerges as the world leader.

Cybersecurity in the crosshairs

Beyond its image as a booster for communications, quantum computing also poses a very real threat to data protection with its proven ability to quickly crack most codes.

Only the lack of large scale quantum computers is holding back the ability to shred today’s encryption. And both criminals and nation-states are capturing as much encrypted data as they can now, with the expectation that quantum computers will eventually be able to crack current protections.

China and other nations are investing heavily in research and development for quantum computers as well as technology that could, theoretically, prevent hacking by quantum supercomputers. If the United States fails to develop a similarly strong quantum infrastructure, all of today’s protected data could be at risk.

This includes military data that would directly impact operational security (OPSEC), which is the critical communications in any military mission.

While OPSEC is one major potential vulnerability, other systems could be targeted. The financial and medical sectors come to mind. Both industries play pivotal roles in American life and have access to important data.

A sufficiently advanced quantum computer could theoretically decrypt and break into a mass of bank accounts or patient records in very little time.

Spending on technology across the board is projected to grow over the next few years as computing advances. The United States Department of Defense has requisitioned $899 million for computer science research. While this research focuses largely on quantum computing, the requested amount is only .000046% of the total gross domestic product (GDP).

Meanwhile, China is investing much more heavily in quantum computing. While their exact government spending is unknown, a new research laboratory costing approximately $10 billion was recently built in China for the express purpose of researching quantum technology.

The total amount being spent by the Chinese government dwarfs the investment by the United States, and that deficit does not appear to close over the next five to ten years.

In order to keep a secure infrastructure, the United States must prioritize the digital space. The digital theater is likely the next major area of operations as countries try to grab sensitive information.

A situation like this was mentioned in Tom Clancy’s excellently researched Threat Vector. In the book, the Chinese use superior technology to disrupt American businesses and pilfer sensitive documents. It’s not unlike what could very well be happening right now in anticipation of quantum computing advances.

The dangers of second place

While Threat Vector is fiction, there are some harsh realities facing the United States should it fail to remain competitive in this critical area. Beyond the obvious theft of sensitive data and mission critical secrecy is the loss of jobs or potential jobs as quantum computing is developed and designed offshore.

For the United States to remain at the cutting edge, it will need to create it’s own quantum network to allow for unbreakable lines of secure communication, like what is happening in China.

We are also in vital need of quantum-proof encryption such as Quantum Key Distribution (QKD)  that can be applied as soon as possible. Our most critical data needs to be safe from future quantum computers and their expected ability to more easily crack today’s encryption.

American companies like Microsoft, Intel, Google, IBM,and others are conducting research and development into quantum technologies, but will likely require assistance from the government. After all, government backing has been at the root of most technical marvels of everyday life such as microchips, GPS, touch screens, Google’s search engine and the Internet.

The biggest competitor within quantum computing is China, which is likely the world’s frontrunner, but there are others. Russia is also pushing the boundaries. Spearheaded by the Russian Quantum Center, Russia announced a breakthrough by designing a quantum computer that can reliably solve basic computations faster than anything else today.

Even North Korea has stated that they intend to develop quantum computers. While it’s unknown how much North Korea has invested in this program, the fact that they are tossing their hat in the ring is troubling.

The United States can’t afford to come in second in the global quantum arms race, especially to any country that has been adversarial or downright antagonistic in the past.

In a quantum world, the speeds are so fast and the numbers so large, that second place really doesn’t mean very much. There is the leader in quantum computing, and then there is everyone else.

The United States has an incredible ability to compete on the world stage in anything. The effort just needs the proper investment, manpower and directive. Quantum computing is a race where we can compete, and one that we absolutely must win.

Read next: Task Pigeon will get your whole office cranking out projects — and now it’s 90% off