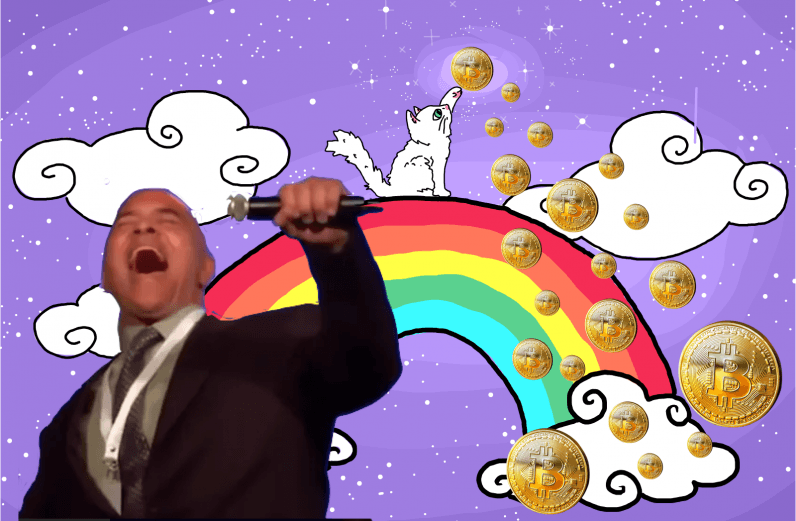 Today, you can invest in 149 different ICOs.

The promise ICOs hold is that the token’s price will grow in time, enabling investors to make a profit. Everybody wins:

The truth is that 80 percent of all ICOS are frauds. So if you’re thinking about investing in an ICO, chances are that you will have used some kind of criteria to check they’re safe.

Still, as practice shows, naïve investors are still being conned out of their Bitcoins — so let’s take a look at a complete, foolproof, bulletproof, titanium checklist of criteria to use when you pick an ICO to invest in:

Sniff out the fakes

Don’t fall for fake news or fake websites. The U.S. Securities and Exchange Commission recently committed itself to educating and reminding investors how to identify fraudsters. For example, SEC launched a fake website that was just too good to be true. In other words: there was reason for suspicion.

Still, while it is true that the nature, design, and grammatical errors on the website will tell you a lot about the business and its ICO, the following are also very important:

The whitepaper must have an analysis of the competition and convincing arguments why the project is worth investing in.

When you look at the concept, it should tick off the following criteria:

Simplicity. Einstein said: “The definition of genius is taking the complex and making it simple.” Interestingly, much of the time good ideas do not need to be complex to be good.

Scalability. The downfall of many, many successful companies is that they become successful, slow down, and then crash spectacularly. Vertical scalability is one of the most important features in an ICO. You remember what happened to some exchanges like CEX.io, Bitfinex and so on, who could not deal with a huge amount of new requests? The drop of Bitcoins’ price was no coincidence. What happens when there are huge volumes of transactions and new clients? Do they have a system in place?

Being understandable. A mere 1 percent of the global population accumulated 82 percent of the money generated last year. So it’s no surprise most people only have a vague notion of investment opportunities in the crypto market. The idea should be efficient enough to work across the board but be simple enough so that it attracts a diverse audience.

Rough predictions. How valuable do you think the token will be after the ICO? This question, of course, is on everyone’s lips. Eventually, the company must have what it takes to succeed in a tough market where eight out of ten companies don’t make it past the first year and a half. As an investor, make sure to check if the ICO is controlled by a legal person or an entity with the right credentials. These days, utility tokens are often disguised as securities, and neither you nor the authorities like the SEC would appreciate such a mascarade.

The team. Now scroll down to the team page. If information like qualifications, early careers, and levels of expertise in related fields are not mentioned, run. This is the one thing that is absolutely non-negotiable: the team’s headshots, bios, and general contact info should be present. Pay attention to the photos: You may bump into a random celebrity. Ryan Gosling once helped a shady crypto project raise more than $830,000 because the company had “borrowed” his headshot to the fake-ish team page.

Also: the more developers the team has, the better.

Token distribution. No less than half of all the tokens should be offered. When too many tokens are up for sale, this tends to be a bad sign.  The same goes for very few tokens. When the ROI seems unexplainably high, you should also question the company’s integrity.

Roadmap/MVP. A roadmap is basically a path that the project should follow in terms of development. Make sure the company follows the roadmap and if it it changes course or pace, can offer an explanation to why that is.

MVP means “minimum viable product,” i.e. something that already has some main features of the product; something that demonstrates the idea and its usefulness. A developed MVP basically shows the quality of the team’s work even at early stages. MVPs have three basic characteristics: the possibility of a feedback loop, being attractive enough so that people will buy it, and enough potential to get the early clients to stay with it. That way, if a product shows good performance early in the run all the while providing attractive enough features to be popular, and allows creating a feedback loop, this is a good MVP.

This also means good price projections for the token.

Statistics and analytics. Speaking of MVPs, feedback and regulators: Make sure the company is approved by a reputable regulator or a trusted auditing company. Another way of doing integrity checking is using web analytics, which is the cornerstone of all successful enterprises. Collect as much data as you can.

Use the best service: Google Analytics, although it seems like an obvious example, offers plenty of important data such as the number of site users, number of subscribers and activity on Facebook, Twitter, Medium, how people react to posts or special offers.

Check how many clients the company has, the number of those who have signed up for the service, and to what extent the company retained users post-ICO and prior.

Reputation, reviews, and opinions. Included in the statistics will be the companies, exchanges, journalists, and publications in the press about the company. Check if the company is known on Reddit, Medium, Coindesk. Watch out for paid releases! They’re not always what they seem.

Besides the statistics, a company’s reputation in the crypto community is probably the second most important feature.

Here, also, is a list of signs that should scare you off:

Using these instruments, from web analytics and Googling the reviews to the analysis of the smallest incongruences in the whitepaper, should reduce the risks to a minimum, and maximize the efficiency and the speed, and the general smoothness of the time you spend doing business. So all you need now is a little bit of luck.

Read next: Astronomers watch as black hole drags an exploding star to its death