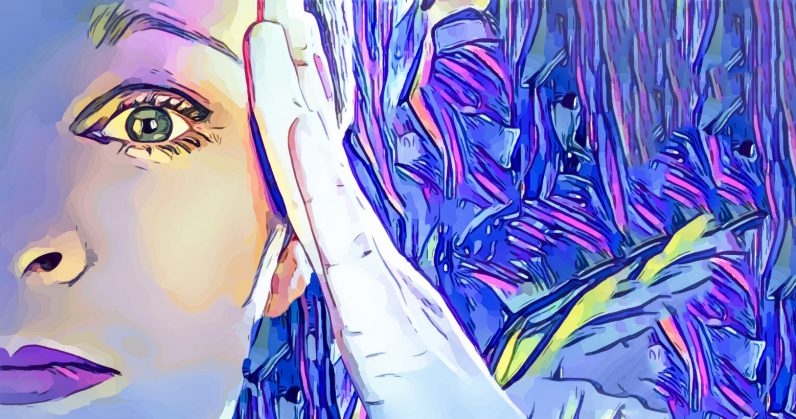 I’ve been told I’m an asshole. Talentless, a bitch–impatient, shrill, unforgiving, and bossy. I am cruel and arbitrary in my demands and expectations.

Famous writer about writing Anne Lamott calls this “the rap songs of self-loathing” that play in your head all day long. The Buddhists call it the Monkey Mind, which in my case seems unfair to monkeys. I call these voices My Own Personal YouTube Comments. Anyone who says or creates anything online is supposed to know better than to read the comments. So, why am I still listening to my own?

In my darker moments, when I find myself searching through real YouTube comments, reading and obsessing over the keyboard vomit of commenters lashing out at me online, I wonder why I care at all what strangers think. And what I’ve come to understand is that searching out the messages from trolls might make me both a narcissist and a masochist, but I do it because these words are familiar to me. They’re the same kind of mean and unhelpful feedback that the voices in my head have always been screaming, ever since I can remember. 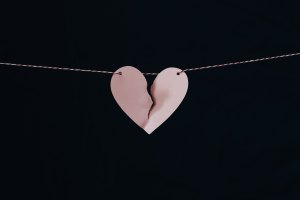 The inner critics have been there long before I posted anything on YouTube. They’ve been around even before there was a YouTube. They were there when I was six years old and my family moved from Connecticut to Texas and I started a new school, not just in the middle of the school year, but on the very worst possible day a new kid could start — Valentine’s Day. You know the drill. Every kid in class is forced to make a valentine for every other kid in class, even if that kid might be a sociopath. But I didn’t show up with any Valentines and I still remember how every other child’s paper bag overflowed with doilies and construction paper. And those voices in my head were there then telling me that I would never make friends at this new school and I would probably be alone for the rest of my life. And those voices kept telling me that right up until that moment when my future best friend crossed out the name of a boy who was absent that day and wrote in my name on her construction paper heart and handed it over to me with a Mother Teresa-like benevolence. The voices abated, but not for long.

The inner critics were there before talent shows or any form of public speaking, growing louder in junior high where they assumed the voice of a middle schooler, random with insults about appearance and devil-on-the-shoulder encouragements to make all manner of bad choices. In college, I tried my best to quiet those voices with more beers than I needed at keg parties, but they returned as I entered into the working world, nervously applying for jobs or not applying for them if the voices decided there was no chance they’d ever hire someone like me. And if ever there was a time when those voices were the loudest, it was surely those early years as a mother. Upon meeting me in the street or learning of the fact that I had three children under three years old, many people offered aphorisms about how we’re only given as much as we can handle. That’s when the voices insisted that if that were true, then I’d surely been presented with the wrong life.

The voices insisted that said I should have nursed my three children longer, I was wrong to feed them straight from a baby food jar, and I did a subpar job of clipping their toenails. As they started school, the voices told me that I had done this modern working mother thing all wrong. I didn’t opt-out, but I didn’t lean in either. I picked the wrong school, didn’t plan the right playdates, let the kids watch PG-13 movies long before they were 13. I bought too many toys made in China, served them non-organic hot dogs, microwaved popcorn, and used sippy cups painted with BPA. I most certainly hugged too little and yelled too much, except for when I was hugging them too much and not yelling at them enough.

It doesn’t take much Googling to find evolutionary explanations for our voices. They’re a vestige of the advice of our fellow cave dwellers, encouraging us not to screw up or we’ll be eaten by lions. They’re there to protect us from taking risks, venturing out, or writing a vulnerable blog entry about the voices in our heads. Knowing the evolutionary reason why I still listen to these comments has been helpful, but it hasn’t made them go away.

I’ve had some success responding to real people on YouTube, engaging them in conversation and finding that there are living, breathing humans behind those nasty comments. Often they simply had a bad day/week/year/life. If responding encourages them to be meaner, I ignore or block the comments. Only recently have I begun to understand that if these tactics work to quiet a real troll online, they might do the same for the voices in my head. 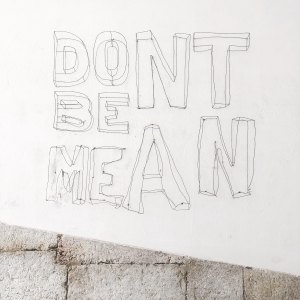 You know the golden rule about doing unto others as you’d have them do unto you? Most of the time I’m pretty good at that. But what it seems to have taken me almost the entire first 45 years of my life to understand is that the golden rule is also true in reverse. We ought to spend more time treating ourselves as kindly as we treat others.

I wish this were a power of positive thinking self-help piece, entitled 37 Ways to Get Rid of the Critical Voices in Your Head. Sadly it is not. For me those voices are just as likely to go away as the Internet trolls are. I’m stuck with both, so I’m trying to figure out how to deal with that internal critic in the same way I’ve come to terms with the haters. In my better moments I can reach out and have compassion for them, knowing that most of what they’re saying contains very little truth. If compassion and questioning doesn’t quiet the voices, I can ignore them or block them with a good novel or spending time with my family and friends who love me. And then some days the best I can do is to talk back to them: “You know what? I’m not the asshole. You’re the asshole.”

This post was republished with permission from the author, Megan Morrone. Megan is a producer and co-host of multiple shows on the TWiT network, a journalist, and an enthusiast that’s worked in tech for nearly two decades.

You can find the original at Megan’s blog, here.

Read next: Could automation kill our job growth momentum?