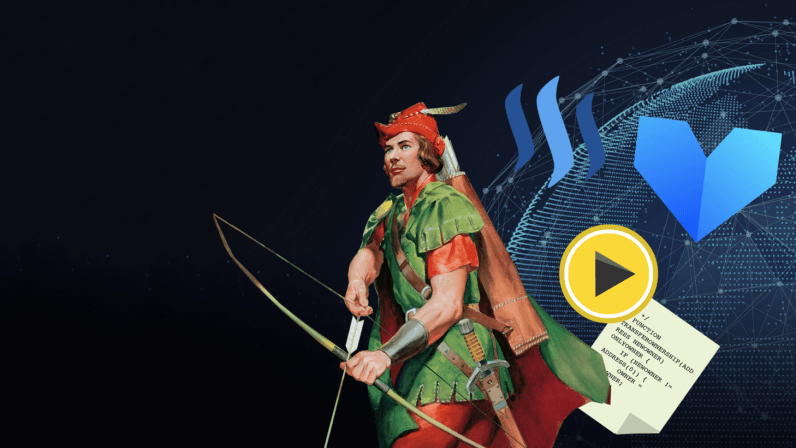 A new wave of companies is coming which will view the sharing of revenue with their users as natural part of doing business. This vision is fixed in code, written down in smart contracts on a blockchain protocol. These contracts automatically secure and execute the vision, and the operation of the company. I believe that in due time, these companies could sprout new economic models, empowered by its tech and a vision for a more fairer world.

Although the dominant platforms Facebook, Youtube, Google, and Instagram keep increasing in size, a clear negative shift in sentiment is unfolding towards them. Rightly fueled by scandals and new expectations.

The way I see it, if consumers want change — and companies with the right vision and the right technology tap into this — we could be seeing a new wave of companies having success with a more open and fairer model.

Uneven distribution of wealth and the changing zeitgeist

Based on estimates, Youtube generated $12 billion in revenue in 2016. Only the really large Youtube stars get a tiny fraction of this amount. Recently Youtube raised the limit for the amount of views you need before you get to share in the advertising revenue. One can’t help but to wonder if this is an honest model.

Besides an unbalanced reward system, I also see a seismic shift happening in the sentiment people have towards the big tech platforms. They are experiencing a push-back from governments. Multiple former Facebook executives have publicly stated that they created a tool that is “ripping apart the social fabric of how society works.”

Recently the #DeleteFacebook became trending after several call-outs of influential people. This does not have a immediate effect on the companies, but will change the public’s perception of the companies. Which in return creates room for new companies with a different mindset.

Besides, there is a growing demand from consumers, especially millennials, who would like large corporates to contribute to society. 91 percent of millennials would even switch brands for those who are associated with a good cause. This sounds like music to my ears. Could this also mean that there is room for companies who do good for their own users as well? Is it finally time for new models?

First steps have been taken by several new video platforms like Flixxo and View.ly to try out new models. I’m not here to endorse them or to tell you that they’re the absolute right way to go — but what they have done is they’ve shown a possible way from the greed of current tech giants. They reward users tokens for watching, sharing, or uploading content. You are being payed to use and participate in the platform.

Flixxo goes even further by leveraging their users bandwidth for the distribution of the video content by means of BitTorrent technology. Which you get paid for of course.

Advertisers can buy tokens directly from specific channels they want to advertise on. Users who have no tokens can consume content by watching these ads.

Smart contracts for an automated distribution of wealth

As a contributor to the service you can decide how many tokens you want to earn for your content. All of this is automatically handled by smart contracts. Thanks to this setup, it’s even possible to decide how to split revenue between your production partners — after checking for copyright issues, the network validates the payout within 7 days.

No intermediary party is needed anymore. The rules in the smart contract operate the company, after agreement these rules are no longer adjustable. This automates the operation of the company and reduces costs. Leaving more to share with the users.

It’s imaginable that people would prefer a platform where they get paid for their attribution. The idea that blockchain and smart contracts can facilitate a new generation of companies is completely feasible, technically it’s already possible.

That this can create new economic models is besides a beautiful thought, maybe also something that can become a reality. To investigate and validate, if I was not alone in this thinking.

I was fortunate enough to have chat about this with Joseph Lubin, the co-founder of the second largest cryptocurrency and largest smart contract platform Ethereum. During a roundtable discussion at SXSW, he shared my views of new companies arising which are wired differently from the ground up where sharing is in their core.

Will this really work?

Companies like Flixxo and View.ly are currently in an alpha phase and still have to prove themselves. If you look at a platform like Steemit you can see the first signs of new models starting to work. Users pay each other for posting, sharing, and commenting on its message board. Payments are done through their own token model the Steem dollar. Steemit has already been running for several years and is gaining in size.

The challenges of companies like Flixxo and View.ly could lie in the fact that they use ERC20 style tokens. They currently take around 10 minutes to transfer and consume some gas for the transaction. Millions of transactions could clog the system, like what happened with Cryptokitties.

To counter this, Flixxo is starting out with combining centralized and distributed methods for the usage of tokens. In the beginning blockchain will only be used for deposits and withdrawals of tokens. As blockchain becomes more scalable and the technology improves, the entire process can be moved to the blockchain. They are working with RSK to set up such technology.

In the case of View.ly publishers need tokens to publish and token holders can vote on quality content similar to Steemit. Votes will be broadcasted on a p2p network through the Whisper protocol, so everybody can validate them — this is all off chain communication. At the end of a distribution period, which is currently seven days, votes are aggregated and tokens are issued as rewards for participation, this is done on-chain.

When speaking to the developers it seems to be an ongoing process of improvement while at the same time, many smart developers are working on improving the Ethereum blockchain through sharding and state channels.

For these new companies it’s of course really difficult to win from the large platforms. Due to their lack of scale and lack of money. But the current platforms are built on different business models based most of the time on advertising revenue. For them it’s difficult to switch to new more open business models.

If fairer models will become a reality, when can we expect these?

You do have to be patient. If you look at the above phases you can envision a time-frame. Currently we are only in phase 3, where companies try to build somewhat usable consumer facing wallets where people can store their digital currencies. But it’s still early days.

However, the technology, the vision, the companies, and the timing seem to be getting more and more aligned for companies to run an open and transparent system where they share with their users. If I’d have to make an estimation, maybe this new wave of tech and corresponding companies will be common in the next 5-10 years.

It’s also up to us. The ones building, envisioning, and pushing technology forward. Let’s try to use technology to empower visions for a better world instead of just more greedy.

Read next: Just putting it out there: My emoticon isn't wrong — you are