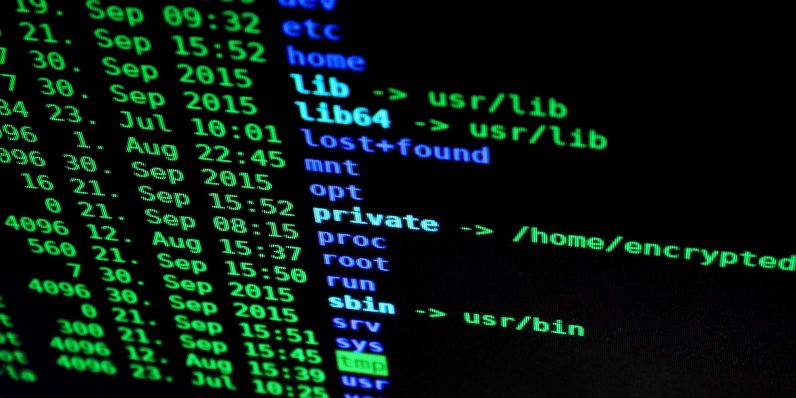 As cybercriminals become more sophisticated, it becomes easier for them to circumvent security measures and access sensitive personal data. While businesses and consumers are ultimately responsible for protecting themselves and following best practices, developers are on the frontlines of the ever-evolving cyber security battle, as they’re the ones building the solutions that keep data encrypted and secured.

So what does the future of encryption technology look like? YEC members weighed in on this question:

Developers are constantly challenged to stay ahead of the game — particularly when it comes to protecting users security. What’s your prediction for the next big idea in encryption technology?

Today, we encrypt data as it travels over the internet and when it is at rest on a storage device. But we have to decrypt data to use or analyze it, creating a potential security vulnerability. Homomorphic encryption is a new idea that solves that problem, allowing users to process data without decrypting it. With homomorphic encryption, we process encrypted data and produce encrypted results. – Vik Patel, Future Hosting

Hardware-based disk encryption will continue to grow and bypass whole disk encryption software products. With this type of encryption, after a key has been given, the entire contents of a volume encrypts it after it is used. This doesn’t protect against network attacks via emails or websites, but it does protect data when a laptop or device is lost or stolen and a key is required to decrypt it. – Blair Thomas, eMerchantBroker

The biggest problem we face with data security is not whether or not data is encrypted, it’s that we use the same code as the attackers. The next big idea in security is moving target defense. The idea is simple: constantly change the attack surface so the bad guys can’t spend time reverse engineering your environment. A crafted attack only works when you know what you’re attacking. – Andrew Vest, Redapt

Passwords are important but so is the ease of use and functionality. Large cryptographically generated passwords are more powerful than typical use-and-remember passwords. Having wearable devices that will connect and convey this type of information can be very powerful and eliminate the challenges of multiple passwords. – Nicole Munoz, Start Ranking Now

5. A resurgence of physical-based security

Encryption will be changing in the future. It might be blockchain-based, quantum-computer-based, or something else. Regardless, I predict we will see a resurgence of keeping private or personal information off of our computers completely. This is happening today with the use of hardware wallets for cryptocurrencies, and this trend will grow with the volatility of new encryption technologies. – Alexander Mistakidis, Gamelynx

This is the only proven method for transmitting a secret key or password over a distance. It functions by using photons of light to physically move a shared file between two parties. These photons might be intercepted by another technology, however they can’t be cloned or copied. – Michael Hsu, DeepSky

It’s not a matter of if, but when blockchain technology will become the standard for secure, encrypted transactions. Have you ever sent money through Western Union? It’s the equivalent of talking to a stranger in a 12-seat passenger van, except that you’re the one giving them the candy. Super sketchy. Unreliable. Risky. Cryptocurrency will quickly usurp Western Union and other mediums like it. – Sara Rose Harcus, Hüify

Honey encryption is another level of security that helps deter data thieves. The way it works is by letting the hackers think they guessed correctly by making it look like the information provided is accurate, but it isn’t. – Chris Christoff, MonsterInsights

As more IoT products emerge in the marketplace, the more convenient lives are becoming. As more consumers use these products, you’ll probably start to see more security and policies implemented to further avoid cyber attacks or personal data getting stolen. Some emerging IoT products are going to be very complex, so it will be vital to contain the risks that come with them. – Solomon Thimothy, OneIMS

Blockchain technology, the same technology used to secure cryptocurrencies such as bitcoin and Ethereum, has the potential to become a strong ally against cyber threats. Simply put, blockchain technology, when applied to cybersecurity models, turns on all the lights, increases target fungibility and makes it virtually impossible to fake identification. I expect it to be a powerful tool for IoT. – Robert J Choi, RJC & Company Transformation Engineers

Tokenization is the principle of substituting an actual piece of data for pseudo data with a ‘token.’ The founding principle of data security is that if you do not want your data stolen, don’t give it out to anyone. With tokenization technology, we could see a world without payment fraud as merchants are no longer storing consumer payment data. – Zohar Steinberg, token payments