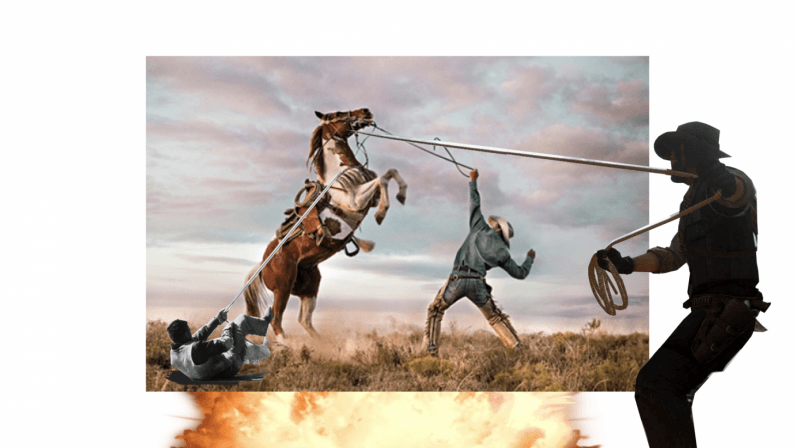 For most companies that have been around for a while, rigidity and corporate processes eventually creep into the system. They slowly start to see innovation as simply the next iteration of an existing product or service. Resulting in just iterative ‘innovation’ which isn’t a sustainable way for a business to stay ahead.

The way I see it, if someone is working on something that could potentially disrupt your business, it better be you. In order to achieve this, you’ll need teams that have a radical mindset and are hungry for disruption. A team that works according to the principles of radical innovation.

Having worked in the trenches of innovation, I’ve learned a lot from my many mistakes. After much trial and error, I found out what it takes to make these kinds of teams successful, as I’ve done this for my own teams as well as the teams of large corporates.

In this guide I’ll show you what type of people you should have in your teams, how to streamline innovation by setting goals that give direction, in addition to discussing Amazon’s and Google’s surprising approach to the use of data in innovation. And finally I’ll provide you with the principles you need to make radical innovation thrive — all the while making sure you have some fun along the way.

The most important element of the road to innovation are the people you have in your team. You’ll need to find team members with an urge to push forward, while steering clear of those who say they’re interested in new things but subconsciously reject them, as research has shown, happens often.

Your team needs to consist of people with different characteristics, including the ability to explore, design, tell stories, and understand technology. But even more importantly for your team, is to put developers and designers together. That’s when the real magic happens.

You’ll need the kind of developers that won’t let themselves be limited by APIs, but who can actually build ideas from scratch and bend the rules. Then you’ll need to pair them with designers, because they’re great at putting themselves in someone else’s shoes — they can help the user understand the idea. Great design can be so inviting that it makes the user want to interact with the idea.

I’ve seen a lot of good ideas fail, because they lacked this kind of great design — people simply didn’t understand the user experience or it wasn’t inviting. If you’re still doubting the necessity of combining tech and design, just take a look at the long list of design agencies that have recently been acquired by tech companies — it speaks volumes.

A common goal to give direction

To guide everyone in the right direction, you’ll need to define a common goal for your team. This will help with empowering your people with a sense of purpose — something that makes them want to get out of bed in the morning and it will also reduce diffusion.
For inspiration, just look at some great examples from a variety of companies:

Don’t use too much corporate lingo, and make sure you protect the core values of the statement over time — otherwise you’ll end up with something totally different. Take Disney for example, which started off with an incredibly simple mission statement — wanting to make people happy.

It’s a great mission statement, that’s pure and gives people direction on what the end goal should be of everything that they work on. However, it seems that over the years the people of Disney gave in to the wishes of shareholders and changed it to something that gives less direction and inspiration for innovation. Don’t let your company go down the same road, focus on emulating the magic that made Disney into what it is today instead.

We can learn from Amazon, Google, and the MIT School of Management that data is important in the innovation process, but mostly as a means of validation. Which is pretty ironic, coming from two of the world’s most data driven companies. Data can be instrumental in uncovering new opportunities and analyzing customer behavior. It can’t, however, show you what to do next. It can’t predict possible outcomes of your innovation either.

I’ve seen many teams enthusiastically pitch a new idea, but ultimately being held back by management. This could be for being unable to show data that supports their point, not having an appropriate plan, or failing to define the possible ROI.

This is an old way of working, and an important sign of imminent failure. It’s impossible to measure the impact of things that are radically new and have never been done before — making a business plan at this stage is just a waste of time. Instead, it’s often much more effective to prototype and experiment with the idea.

To let the most radical and innovative prototypes and experiments thrive, I’ve learned that the following principles are essential for your team. The first principle is to embrace all new technology. The second principle doesn’t sound as logical, but it’s based on my own experience, scientific research, and philosophy. It’s simple: Use play as a method to discover new things.

Embrace technology and use play to discover radical new ideas

Let your team embrace all new technology, albeit briefly. From blockchain to Snapchat to AI, it should all be on your radar. Tech has been a massive disruptor and it’s slowly encompassing our entire world, so it’s important to be this world.

You can be the one criticizing new tech from the sidelines, but that’ll only make you miss the next opportunity by being unaware of new possibilities. It’s better to get some skin in the game, get your hands dirty and experiment. Just try anything to start it off, like creating a smart contract on the Ethereum network for example.

Use play as a method for discovery and experimentation

How you proceed with the experimentation is through play, this is the easiest way to find new ideas and test hypotheses. Besides it’s the most fun and natural process there is. This method of discovery is actually ingrained in our system for both animals and humans, this is how we evolved and discovered new things.

Doctor Stuart Brown, director of the National Institute for play, explains the importance of play:

When you see animals and humans who are deprived of play, they are fixed and rigid in their responses to complex stimuli. […] And they don’t seek out novelty and newness, which is part of an essential aspect of play, both in animals and humans.

For your team to come up with radical innovation, you don’t want rigid and fixed responses, you want them to seek out novel and new thoughts.

The Dutch philosopher Huizinga said, that through play we can “step out of a common reality into a higher order.” If you manage to get into this higher order, you can create your own reality, with your own rules. A place where you are free of boundaries where you can envision a new and better world.

During this process of play and experimentation, you should be able to create your first prototypes. These are vital in understanding what’s possible with the idea and the tech, but they’re also critical in realizing its limitations. You’ll see that all kinds of new possibilities will open up, some of which you couldn’t even have imagined before.

Finally, you’ll need to prove the critics wrong by sharing data that shows how your team’s ideas instigate positive change. One way to gather this data is by testing your prototype with users in a realistic situation, for example by running user testing panels. Another option is to wrap the idea in a case video, promote it on Facebook or Twitter backed by some ad dollars, and see if it gets any traction.

It’s important to keep in mind that, while going through the process and using these principles, you’ll always have to deal with a lot of naysayers, especially in the beginning.

But when you turn your first idea into a prototype and start gathering user insights, this all changes — especially if you generate increased customer satisfaction or find out that it could have a positive impact on your revenue. Suddenly, everyone will embrace your idea and your team will have its first success.

That about wraps things up — just remember to have fun while inventing, and try to use your newfound radical innovation to make the world a bit of a better place.

Read next: Get a lifetime of Wordpress themes that don’t look like everybody else’s site for over 80% off