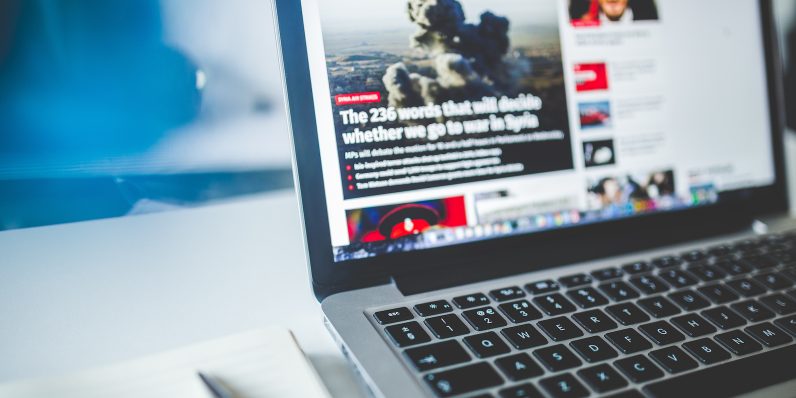 It’s hard to avoid politics in the modern world. Between the 24-hour news cycle and constant social media updates, people hear about every piece of legislation, every political scandal, every social injustice — and you can be sure that they’re talking about it, too.

As a business, commenting on politics can be a tricky and sometimes ill-advised move. When your brand offers any opinion related to a hot-button issue, you’re guaranteed to alienate at least some of your customer base. What place, if any, do corporations have in political discussions? We polled Young Entrepreneur Council members to see where they stand.

Do you think companies should comment on political issues? If so, what is a best practice that should be followed?

1. Don’t do it unless your business is directly involved in politics.

Unless your business is heavily and directly involved in the political industry, it’s wise to keep your thoughts to yourself. You risk alienating a percentage of your customer base. For what? To express your personal opinions via your professional platform? If you want to be outspoken about politics, do it via your own personal brand. – Ali Mahvan, Sharebert

2. Choose your battles and avoid aligning with a party.

No company can afford to stay completely out of political issues. Many issues that are described as ‘political’ are in reality about equality, social justice and climate change. Staying on the sidelines has become the same as taking a side, and it’s one that could alienate your employees. However, companies should avoid aligning with specific political parties. – Amishi Takalkar, NAILBITER

3. Don’t cause unnecessary damage to your brand.

Companies should stay as much out of political issues as possible. There is no benefit to a business choosing a side. By going political you can only do damage, whether it’s be ostracizing customers who don’t agree, or it may be seen as opportunistic to use a political event as a chance to sell. Whatever the case, it can only do damage. – Baruch Labunski, Rank Secure

4. If you do, test your messaging to avoid alienating your tribe.

There are some huge opportunities in political marketing, for those who are brave enough to seek them. Politics is expressing a desire to impact the world around us. That’s why it resonates with us. Audiences are very sensitive to phrasing and implications, so test your messaging out by sending it to a small base of friends you trust. Their feedback will help you avoid an unintentional firestorm. – Kevin Tao, NeuEve

5. Take a moral stance, not a political one.

A company is not a person despite what your accountant or lawyer tells you. It’s a group of people that collectively make up an entity. Not every team member will agree politically, so don’t go out making claims that can potentially cause rifts internally. Remember, morals and politics are two different things. Take a moral stand, not a political stand. – Stanley Meytin, True Film Production

6. Don’t comment unless the issue directly impacts your business.

My company’s server hosting customers understood that the end of net neutrality would hurt their businesses. We took a strong stand on that issue because the removal of net neutrality regulations affects our clients and the internet as a whole. Outside of unifying industry-relevant issues like net neutrality, entrepreneurs should think twice before addressing sensitive political issues. – Vik Patel, Future Hosting

7. Take social stances to be on the right side of history.

Companies can and should take a political stance in instances of bigotry, sexism, homophobia or any sort of prejudice. The best practice to follow is to be on the right side of history; have empathy and embrace what makes diversity beautiful. – Rachel Beider, Massage Greenpoint

Companies should never feel pressured to speak up simply because they feel like they should, but don’t feel too comfortable. These types of situations turn out badly when it’s based on an emotional whim. Freedom of speech is the freedom to speak or not speak. Reflect before choosing to make a statement (or not make one) and think through the outcome and fully understand why you’re doing it. – Cassie Petrey, Crowd Surf

Read next: iOS 11.3 lets you prevent Apple from throttling your aging iPhone