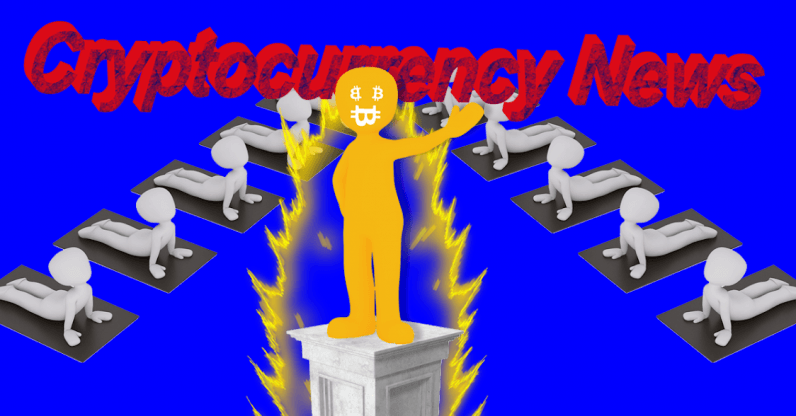 What even is this article

Finding this MarketWatch article a bit puzzling, in that it’s about a potentially very funny topic (people who think Bitcoin can make them gazillionaires and getting mad) but it’s also very short and doesn’t really go into detail beyond people complaining a lot based on a study by a site called “ValuePenguin”(?). Apparently those complaints were about not being able to withdraw money from exchanges. So somehow that means that they’re mad about the currency being lower (?) based on it happening around the time that prices “started to plummet.” I mean, sure, I guess, but I can’t imagine there wasn’t also a ton of complaining around opening accounts in December. Eh, who gives a shit.

Who cares about this article look at the artwork

This thing is about some shit about crypto wallets and sanctions or whatever, but who cares about that – look at this kickass picture of Mohawk, the evil Mogwai, from Gremlins 2!

Haha! Nice! This is so good. More like this please. I really want to see more Gremlins-related Bitcoin content. Please email it to me at [email protected]

Seriously though, CoinTelegraph has some great artwork:

IT IS I, THE BITCOIN WIZARD!

Anyway, what was I saying?

So yesterday I was talking to someone about ICOs, and them not doing one. They said that they knew at least three people being investigated by the local and state authorities over their ICOs. I’m gonna say it right now: in about six months I do not thing ICOs are going to be a thing. By 2019 I can imagine they are totally gone, eradicated from this world, sort of like when you could raise a billion dollars for a smart toilet brush on Indiegogo, but gone way faster. I say this because I do not believe anyone actually really gives a shit about them anymore. I used to write about the ICOs that were very funny on here, but they’ve now all been replaced with humorless scams from people you’ve never heard of in far-off countries that want to raise $50 million for tokens that can be exchanged for pieces of toast. I’ve actually stopped taking anything ICO related at my agency – I’m seeing this as a huge bust! This is going to be bad! I want to warn you all that this is coming because when it hits, you are going to have friends you did not realize were in the crypto/ICO industry that suddenly say “oh no, I lost $475,000 and my house on the GUNT token.” This is going to have wide-ranging affects on people that invested, and I really do think there are going to be angel investors in particular to lose seriously embarrassing amounts of money.

I say this with reference to an article in WIRED about this industry, and at the time it ran I kind of rolled my eyes, but it’s very true based on one thing – to quote, “[ICO investment is] the idea that someone dumber than [you] will buy [your] tokens for more than [you] paid. This is a pretty good bet…until it isn’t.” That’s exactly what these investments have been. I can’t think of really any tokens that provide a superior value proposition. Few are actually equity stakes, which in theory provide some value – they’re some vague utility, like buying tokens to play arcade games – which unless it’s tokenizing something already being paid money for is very questionable. Which makes me wonder why one of these big microtransaction games hasn’t got into it – maybe it’s that the interoperability of these tokens with an actual microtransactioned game is quite difficult. Maybe it’s that they realize that constantly adjusting the price of things in the game to fit with the tokens is difficult.

Thinking out loud about a token that’d actually work also requires you to think how it’d work for both sides. If it’s a token that only works one-way – in the sense that you are helping X company raise money – then that’s a fairly weak proposition. In my token offering for a game, the vale proposition would be that said tokens would be a better deal at some point than using fiat currency to pay for things. That could work, theoretically, if there was a cottage market for these tokens that grew. You could make it so there’s a transaction fee to buy into the game – something small like 5% of the cost of what you’re spending (or a flat rate) is what it cost to load them into your collection.

Any kind of vending machine style token system is going to be difficult. Binance’s BNB system at least somewhat makes sense – you pay for transaction fees using it, and it actually works out okay if you use Binance semi-regularly. But most are relying on users to want to use these tokens – after buying them through some byzantine system – to do something that they likely could do by spending real US dollars or Euros or pounds or what have you. The usual excuse is that the world is magically “decentralized” – that the price of entry into this beautiful decentralized whatever-it-is is to pay using the Schrute-bucks they accept. Except the problem there is people don’t generally like the idea of currency exchange – yes, you make money when people aren’t able to understand exactly how much they spend, but you also lose money from those who see your system and say “nope.”

Like I said, I have a really bad feeling about anyone who’s heavily invested in this world. Not that smarmy, “heh, you’re gonna lose your money” feeling either. This is going to be a painful bust. The idea of investing in something based on the idea that it’d theoretically go up is falling apart. So is the idea of tokenization.

Volume study being turned up

Remember I was talking about that study where someone thinks that OKex, Huobi and other exchanges are pumping their volume? Turns out people are finally noticing. This isn’t great news either, because it’s not even necessarily totally related to Tether, the other thing that could bring the whole crypto world to its knees. No, this one is just inflating how much certain currencies are used. That means their value will drop precipitously if and when this volume is removed. Now, this study could disappear and we can all sleep again at night. But it may not. If it does not, well, let’s hope you got some real coins.

Good God man. My recommendations are long term. Who gives a shit whether it moons or it goes to zero within a few months of you buying it. Short term investors (people who sell within 6 months of buying something) can, at best, hope for mediocrity. Wealth comes from the futute.

Read next: Review: A Way Out is co-op done right