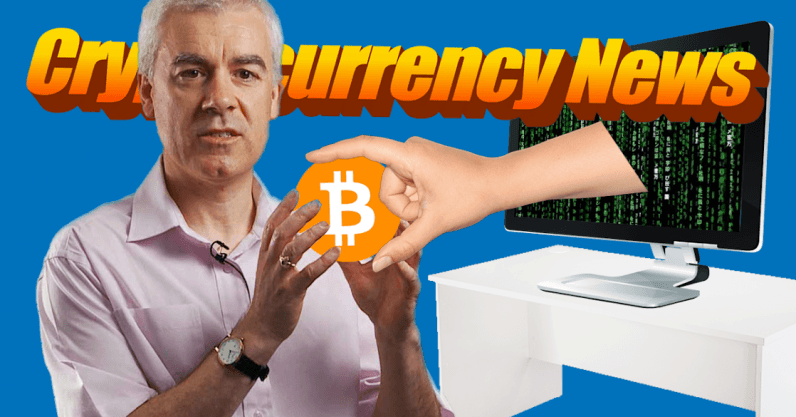 The reason that I am typing this on a golden computer is because of a giant bug in Coinbase that meant you could use a smart contract to change the balance on your Coinbase’s Ethereum wallets. Which is wonderful and as a result I am canceling this column because I have one billion dollars.

In the worst headline ever, Fortune said that “Bitcoin’s price shrugged off child pornography,” referring to the very horrible thing that there are links to child pornography throughout the blockchain. More worryingly, this apparently isn’t the first time this has been reported!

It’s not the first time curious onlookers have found links to child pornography in Bitcoin’s blockchain. Users first pointed out the links in 2013. Though this is perhaps the first time researchers have been able to quantify the volume of potentially illicit material hidden in the blockchain.

Money genius Jack Dorsey has said that he predicts Bitcoin will be “the single currency of the internet in the near future,” which makes total sense coming from the mouth of a guy who is incapable of telling you what Twitter is for, and how to moderate it. He’s said it’ll happen “over ten years,” but also “it could go faster.” I wish I was able to talk to any reporter and have my wild, idiotic ideas posted online. Instead I have to settle for this column.

The Ledger Nano S, a wallet that became popular (I own one!) for securely storing coins offline (sort of), got hacked by a 15-year-old. Ledger has now put out a fix for the bug, but according to ArsTechnica, it doesn’t for sure mean that there’s not a way to recreate the exploit:

“Ledger is trying to solve a fundamentally hard problem,” he explained. “They need to check the firmware running on a processor. But their secure chip can’t actually see the code running on that processor. So they have to ask the processor to supply its own code! Which is a catch-22, since that processor might not be running honest code, and so you can’t trust what it gives you. It’s like asking someone who may be a criminal to provide you with their full criminal record—on the honor system.”

My personal experience is that installing the new firmware on the Nano S sucked. I had to reset it about 3 times and delete every wallet I had to make enough space to install the update. It’s still a pretty good piece of kit but jesus.

How would I go about eating my dick? I would delegate the task like I delegate all unpleasant tasks. Most likely I would hire a Bangkok prostitute to do it for me. Slowly. Taking years if necessary. But this is conjecture. It's mathematically impossible for me to lose this bet.

Read next: From copycat to Goliath: A deep dive into China's massive WeChat