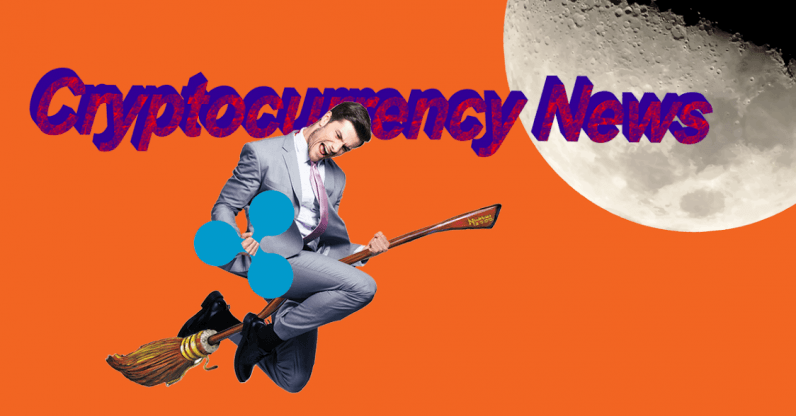 “Bitcoin has crashed to $0, you’re blacklisted”

So yesterday I wrote almost an entire 450 words about this piece, then my browser crashed and I basically had to throw up my hands and say “no newsletter today” because everything sucks. But it’s an important piece in which a guy called Sylvain Ribes accidentally happened upon major exchanges potentially faking their volume.

Ribes’ tests were based off of what would happen if you sold a particular amount of currency on OKex compared to other exchanges. In a normal exchange, market-selling 100 Bitcoin at $10,000 would have some of what he calls slippage (incorrectly) – each BTC would sell around but not perfectly on the $10k mark – $10k, $9998, $10001, etc. This is because the amount of actual trading volume that’s justifying the market price exists to absorb the trade. Conversely, OKex in particular showed a massive amount of slippage on a market sell – 1-4% depending on your pair or amount of money. Slippage in this case suggests (while not a perfect analysis) that there isn’t the volume of actual currency exchanging going on to support selling – which means they’re faking it somehow, according to Ribes.

This can be done, according to Bitfinexed, by anything ranging from having an API that says volume is there that isn’t, to having bots buy/sell currency between them, to even more insidious things. Ribes also suggested that Huobi could potentially be faking volume too.

If what Ribes suggests is true, this is genuinely bad for crypto as a whole – over $3 billion of volume could be faked. To quote his own “why should I care?”

One may argue that “since it’s not a regulated market it’s not even illegal, why shouldn’t they do what they want?”, and one would be wrong. Precisely because the market is not regulated the responsibility behooves the market actors themselves. Spreading awareness and boycotting exchanges that endorse this practice is the least we can do.

One may argue that “well they’re not hurting anyone”, and one would be wrong. First of all, by inflating their volume, they position themselves in a way that could allow them to defraud gullible investors. More importantly, if you’re neither gullible nor a VC investor they can and they do have an impact on some cryptocurrencies valuation. Litecoin and Bitcoin Cash notably, have had as much as 75% of their volume circulating on one or the other of these exchanges. OKex alone consistently accounts for over 30% of either currency’s volume.

When asked, Bitfinexed said it was akin to having a casino where you had no idea who at the tables was real or who was fake, and that everyone could potentially see your cards. Not good. 75% of volume of an entire currency is not a great thing to be allegedly faked.

Reporter Melia Robinson went to an SXSW party where a bunch of cryptocurrency people decided to drink together at an event called “Just Hodl It,” which is painful. I mean absolutely awful. I hate it so much. The most important part of the story is the quote “A bartender told me that customers could buy bottles with bitcoin, Ethereum, or Litecoin, but that she didn’t know how to do it and would have to hail a manager if I wanted to try doing so.”

Love too pay for things with Bitcoin

I love paying with bitcoin. from Bitcoin

When is It Robinhood going to start handling crypto? Anyone have a rough time frame? from litecoin

So I’d absolutely love to hear about anyone using Robinhood and Circle right now. I haven’t used Robinhood and question how many people actually get to – like I said, invite-only stuff with stupid Mailbox-style waitlists can suck a big one – but Circle has been REALLY weird for me. You can’t transfer in or out, and the buy/sell prices are totally different (note, they say there are “no fees.”) It claims your coin is worth one price, but you can only sell for (much) less:

The screens above were taken a few seconds from each other (and the second price did not seem to have any connection to the first price). I’ve put in a request with the team at Circle to find out exactly what’s going on, but especially considering you can’t actually transfer out your coins, it feels as if they’re just having fun taking people’s money with no justification. I at least appreciate that Coinbase shows you how badly they’re screwing you – I honestly have to question whether Circle even holds any cryptocurrency, because in their currency system it certainly seems like they’re just selling you the ability to put in and take out money based on a number they make up.

John McAfee update: having a normal one

Things are now much improved. pic.twitter.com/5weN8c7kAn