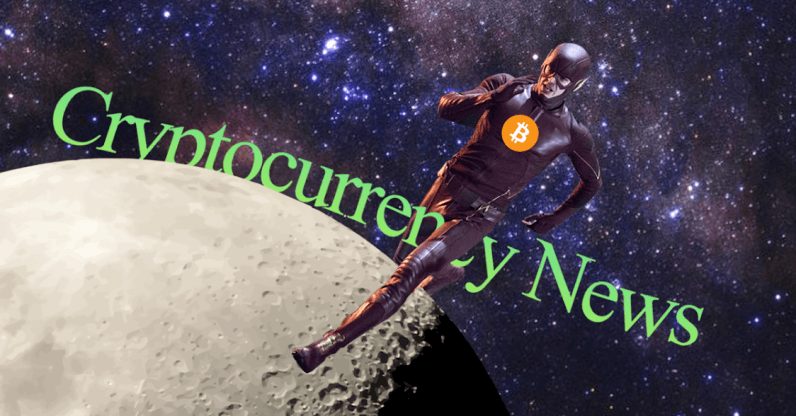 My name is Ed Zitron and I’m the most insufferable cryptocurrency columnist alive. To the outside world, I’m a bizarre shut-in that doesn’t stop talking about miserable coins that are mined from the internet. But secretly with the help of my friends at The Next Web I report in a narrow and sporadic manner about cryptocurrency news. One day I’ll find out what currency will make me rich so that I can finally build a big enough anvil to drop on me and leave this terrible world. I am…the Hash.

So your friend and mine Coinbase has been slapped with some lawsuits right in their dastardly chops. Why? Because apparently there was some insider trading leading to the sale of Bitcoin Cash on Coinbase. One customer who sued “alleges that employees were tipped off a month in advance, allowing them to instantly swamp Coinbase with buy and sell orders leaving other traders at a great disadvantage.” Now this raises questions that I don’t have the answers for – but that’s never stopped me in the past! If indeed it is illegal to insider trade in crypto (it’s illegal to wash trade – IE: drive up the prices by buying and selling at your own ridiculous prices to basically create a market where you can make tons of cash), this is really bad, but also very weird. Now, none other than @Bitfinexed has said in a secure interview that I had to take from a phone handed to me from the bowl of a toilet:

“Here’s an issue: insider trading laws don’t apply to commodities. [It would be insider trading], but technically it wouldn’t be illegal.” I asked if it would be able to be made illegal retroactively, and he said no. More importantly, he also said that they’d have to charge them with something else – like unfair business practices, or unjust enrichment.  The hand then retracted back into the toilet bowl.

This is pretty significant – because as usual, people are saying something happened that isn’t actually the thing that happened (IE: insider trading) – kind of like when people call cryptocurrency “a ponzi scheme” when it’s actually “dumb as shit.”

In the other suit, apparently Coinbase was meant to be sending cryptocurrency via email to people but when they went to claim it there were broken link. Apparently they represent “thousands.” This kinda seems like one of those “you owe me 5 bucks” routines where the guy just calls every number in a phone book. That’s a thing right?

In a thing I absolutely didn’t say yesterday, Coinbase has said they have no Ripple plans. Guys this isn’t Binance! They don’t just put up coins! Now, if they do, that’d be really funny, but I severely doubt Coinbase is going to do it. I think it’d actually be a smart move for them – they could absolutely make bank on a cheap cryptocurrency – something to buoy people who can’t afford a full BTC or LTC or what have you, that’s also on a quick network so people have that fast, sexy feeling of owning something that costs money for no reason. What a beautiful dream. I think XRP works for them – it’s a non-mineable coin that is controlled almost entirely by a group of rich people, kinda like Coinbase!

One of the few articles that captures a glimpse of what I feel that I am ……. sometimes.https://t.co/cOGThVZ292